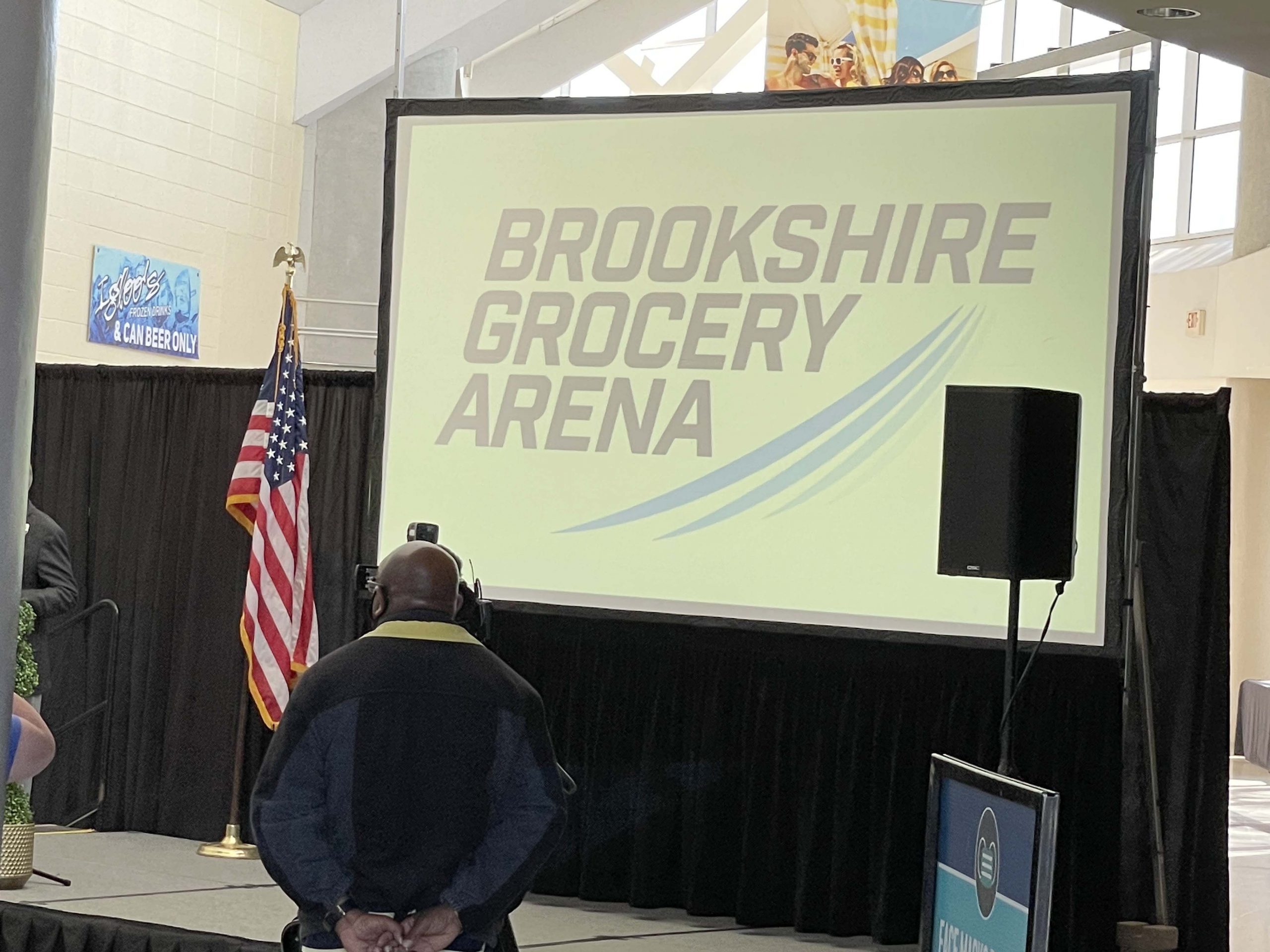 Bossier City’s arena has a new name. Local government officials and special guests gathered at the former-CenturyLink Center for a press conference Thursday to hear the announcement of the new naming rights partner.

“We as a company are incredibly thrilled to extend our involvement and dedication to the Bossier City community — with this partnership of us purchasing the naming rights for this absolutely first-class facility,” said Brad Brookshire, Chairman and CEO of Brookshire’s Grocery Co.

“My grandfather started our company 92 years ago. I’m third generation and Trent [Brookshire] is fourth generation. We always believed in having the best customer service as possible and best shopping experience. But we always believed in giving back to the community. And this is just one example of giving back to the community.”

The Bossier City arena is consistently rated among the top arenas in the United States and has become an industry leader among arenas its size. The partnership with BGC runs through 2030 and will start with a six-month branding period as the venue undergoes the transition.

“The City of Bossier City and our arena management firm, ASM Global, are proud to have the Brookshire Grocery Company as our partner,” said Lorenz “Lo” Walker, Bossier City Mayor. “They have great service and great community involvement, and I am confident that that will continue.”

BGC has served the Bossier City and Shreveport area for approximately 60 years and has 11 stores in the greater Bossier City area to serve the community. BGC is a regional family-owned grocery business that employs close to 16,000 individuals throughout Louisiana, Texas and Arkansas. The company operates 184 stores under the Brookshire’s, Super 1 Foods, FRESH by Brookshire’s and Spring Market banners, along with three distribution centers and a corporate office.