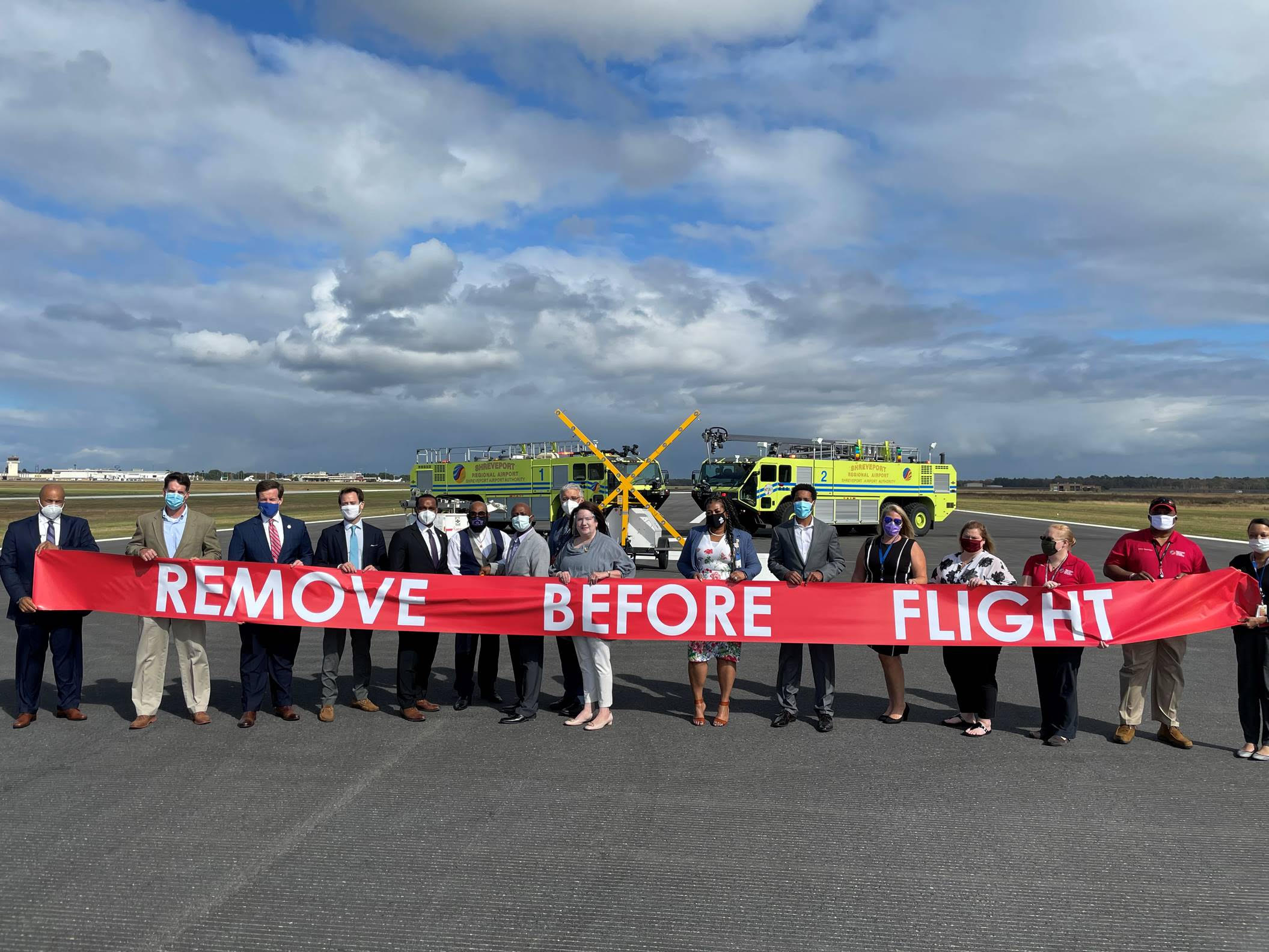 Larger aircraft will be taking off and landing at Shreveport Regional Airport, thanks to an $11 million runway extension. Local officials hosted a ribbon cutting ceremony Tuesday for the project.

“Thank you to all the Federal, State and Local officials for their tireless efforts; specifically, U.S. Senators Cassidy and Kennedy, Representative Johnson, Governor Edwards, Mayor Perkins, the SAA Board of Directors, the FAA and LADOTD without whose efforts and support this vital runway expansion project would not have been possible.”

Runway 6/24 was originally 6,202 feet long and 800 feet were added. It can now accommodate larger aircraft like those used by our cargo tenants, Fed Ex, UPS, and Western Global Airlines.

The project was made possible with funding from the Federal Aviation Administration, Louisiana Department of Transportation and Development- Aviation Division, and the support of elected State Officials.