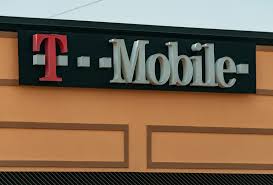 T-Mobile offers up yet another TV streaming service

NEW YORK (AP) — Yet another service provider is jumping into the TV streaming wars. This time it’s T-Mobile and its TVision service with live news, entertainment and sports channels, starting at $10 a month. It launches for T-Mobile postpaid subscribers Nov. 1 and all customers next year. T-Mobile says it’s aiming to offer a simpler and and cheaper service for people dissatisfied with cable. But it’s entering a crowded field of competing streaming services that are also aiming to do just that. And most have found it difficult to sustain low prices over time.

As world goes online in pandemic, another mammoth chip deal

SAN JOSE, Calif. (AP) — Advanced Micro Devices is buying Xilinx for $35 billion in an all-stock deal that will combine the two Silicon Valley chip makers and accelerate an already rapid-fire pace of mergers and buyouts in the industry. More Zoom meetings, more orders online, and more upgrades for companies trying to meet new demands of millions staying at home has led to a seemingly insatiable appetite for computer chips. Just last month, Nvidia said it would buy Arm Holdings for up to $40 billion. In July, Maxim Integrated Products was snapped up by Analog Devices for more than $20 billion.

NEW YORK (AP) — Stock indexes closed mostly lower on Wall Street Tuesday as the market’s momentum slows further on worries about rising virus counts and Washington’s inability to deliver more aid to the economy. The S&P 500 lost 0.3% after swinging between small gains and losses earlier. Most stocks in the index were lower, particularly oil producers and other companies whose profits tend to track the strength of the economy. Technology stocks rose, sending the Nasdaq higher, after AMD said it would buy fellow chipmaker Xilinx for $35 billion. The market is coming off its worst drop in a month. Treasury yields retrenched again.

Still hampered by virus, US casinos want aid in recovering

ATLANTIC CITY, N.J. (AP) — The U.S. casino industry is seeking tax and regulatory relief from the government as it tries to recover from a coronavirus outbreak that cost states more than $2 billion in lost tax revenue while casinos were shut down for four months this year. Ninety percent of casinos have reopened, but they are operating at restricted levels. The head of the gambling industry’s national trade group says additional financial aid is needed for casinos and their workers. In an online speech Tuesday at a casino conference, American Gaming Association President Bill Miller said the industry is coming back but needs a hand.

REDMOND, Wash. (AP) — Microsoft reported quarterly earnings Tuesday that beat Wall Street expectations, as it continued to weather the coronavirus pandemic amid increased demand for its flagship software software and services. The company reported fiscal first-quarter profit of $13.9 billion, or $1.82 per share, beating Wall Street expectations. The software giant has benefited from an COVID-19-fueled trend of working and learning from home that boosted demand for its cloud computing services and workplace productivity products, such as email and video conferencing.

Consumer confidence dips to 100.9 as virus spreads in US

SILVER SPRING, Md. (AP) — U.S. consumer confidence dipped slightly in October as coronavirus cases continue to rise across the country. The Conference Board reported Tuesday that its consumer confidence index fell to a reading of 100.9, from 101.8 in September. Consumer spending accounts for 70% of economic activity in the U.S., so a decline in confidence gets a lot of attention from economists, especially as the U.S. heads into the holiday shopping season. Consumer confidence fell to 85.7 in April as large swaths of the country went into lockdown because of the coronavirus pandemic.

WASHINGTON (AP) — Less than a week before Election Day, the CEOs of Twitter, Facebook and Google are set to face a grilling by Republican senators who accuse the tech giants of anti-conservative bias. Democrats are trying to expand the discussion to include other issues such as the companies’ heavy impact on local news. The Senate Commerce Committee has summoned Twitter CEO Jack Dorsey, Facebook’s Mark Zuckerberg and Google’s Sundar Pichai to testify for a hearing Wednesday. The CEOs have agreed to appear remotely after having been threatened with subpoenas.