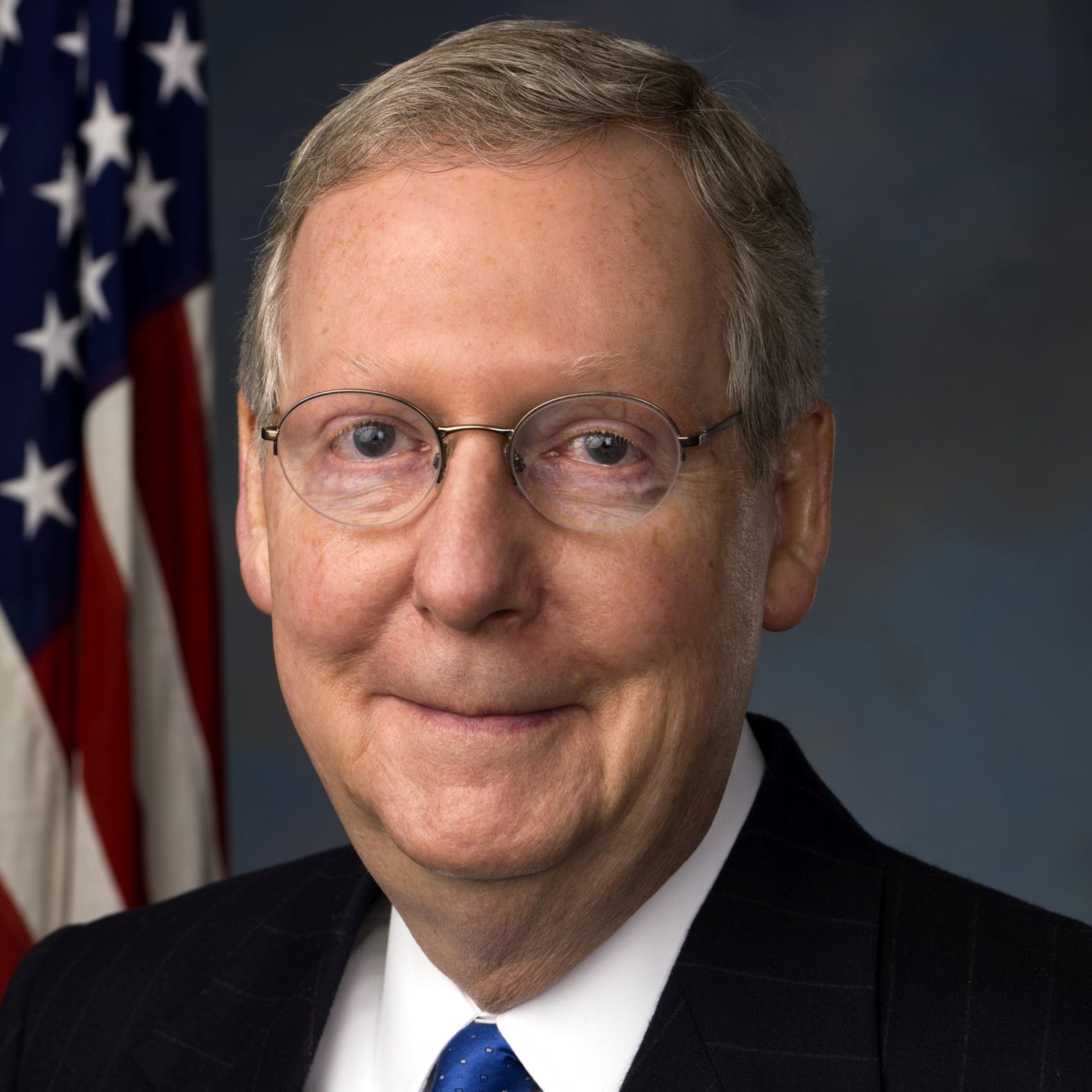 WASHINGTON (AP) — Negotiations on a huge COVID-19 relief bill have taken a modest step forward, though time is running out and Senate Majority Leader Mitch McConnell, President Donald Trump’s most powerful Senate ally, is pressing the White House not to move ahead right now.

McConnell told fellow Republicans Tuesday that he has warned the White House not to divide Republicans by sealing a $2 trillion relief deal with House Speaker Nancy Pelosi before the election — even as he publicly said he’d slate any such agreement for a vote. McConnell made his remarks during a private lunch with fellow Republicans, three people familiar with his comments said, requesting anonymity because the session was private.

The White House said Wednesday that negotiations between Pelosi and Treasury Secretary Steven Mnuchin continue to bring modest progress, but veteran lawmakers say there is still too much work to do and not enough time to do it to enact a relief bill by Election Day.

“The negotiations have entered a new phase, which is more on the technical side of trying to get the language right if we can agree upon the numbers,” White House Chief of Staff Mark Meadows said Wednesday on Fox Business. ”We’re still apart. Still a number of issues to work on, but the last 24 hours have moved the ball down the field.”

McConnell, however, warns that the GOP-held Senate isn’t buying the need for legislation as large as President Donald Trump wants. The Kentucky Republican appears worried that an agreement between Pelosi and Mnuchin would drive a wedge between Republicans, forcing them to choose whether to support a Pelosi-blessed deal with Trump that would violate conservative positions they’ve stuck with for months.

McConnell said if such a bill passed the Democratic-controlled House with Trump’s blessing “we would put it on the floor of the Senate.” Those public remarks came after the private session with fellow Republicans.

On Wednesday, however, Senate Republicans are pushing ahead with a procedural vote on a virus proposal with a net cost of about $500 billion, though it does not include the $1,200 direct payments that are so important to Trump. Democrats are sure to block the measure as they did last month and Trump himself says it’s too puny.

Trump is hoping for an agreement before the election, eager to announce another round of $1,200 direct payments going out under his name, but it’s increasingly clear that time has pretty much run out. If he wins, Trump is promising relief, but if he loses — as polls are indicating — it’s unclear that his enthusiasm for delivering COVID-19 aid will be as strong.

Recent history suggests that any post-election lame-duck session in the event of a Trump loss wouldn’t produce much, though pressure for COVID relief is sure to keep building regardless of the outcome.

Pelosi and Mnuchin appear to remain at odds over refundable tax credits for the working poor and families with children, the size of a Democratic-sought aid package for state and local governments and a liability shield for businesses and other organizations against lawsuits over their COVID-19 preparations.

Pelosi said Tuesday evening that talks with Mnuchin “provided more clarity and common ground as we move closer to an agreement” and that it’s clear that “both sides are serious about finding a compromise.”

The Pelosi-Mnuchin talks also involve pandemic jobless aid, the second round of $1,200 direct payments and money for schools, testing and vaccines, among other provisions.

Pelosi has instructed her committee chairs to try to iron out details, but the Senate GOP negotiators do not appear as eager as she is.

“It’s getting to be toward the last minute and the clock keeps ticking away,” Senate Appropriations Chairman Richard Shelby, R-Ala., said Tuesday. “I’m not optimistic about doing anything.”

Aides familiar with the talks say the price tag for a potential Pelosi-Mnuchin deal is inching close to $2 trillion. Senate Republicans are recoiling at both the size of the measure and Pelosi’s demands, even as Trump is beating the drums for an agreement.

“I want to do it even bigger than the Democrats. Not every Republican agrees,” Trump said Tuesday on Fox News Channel. “But they will.”