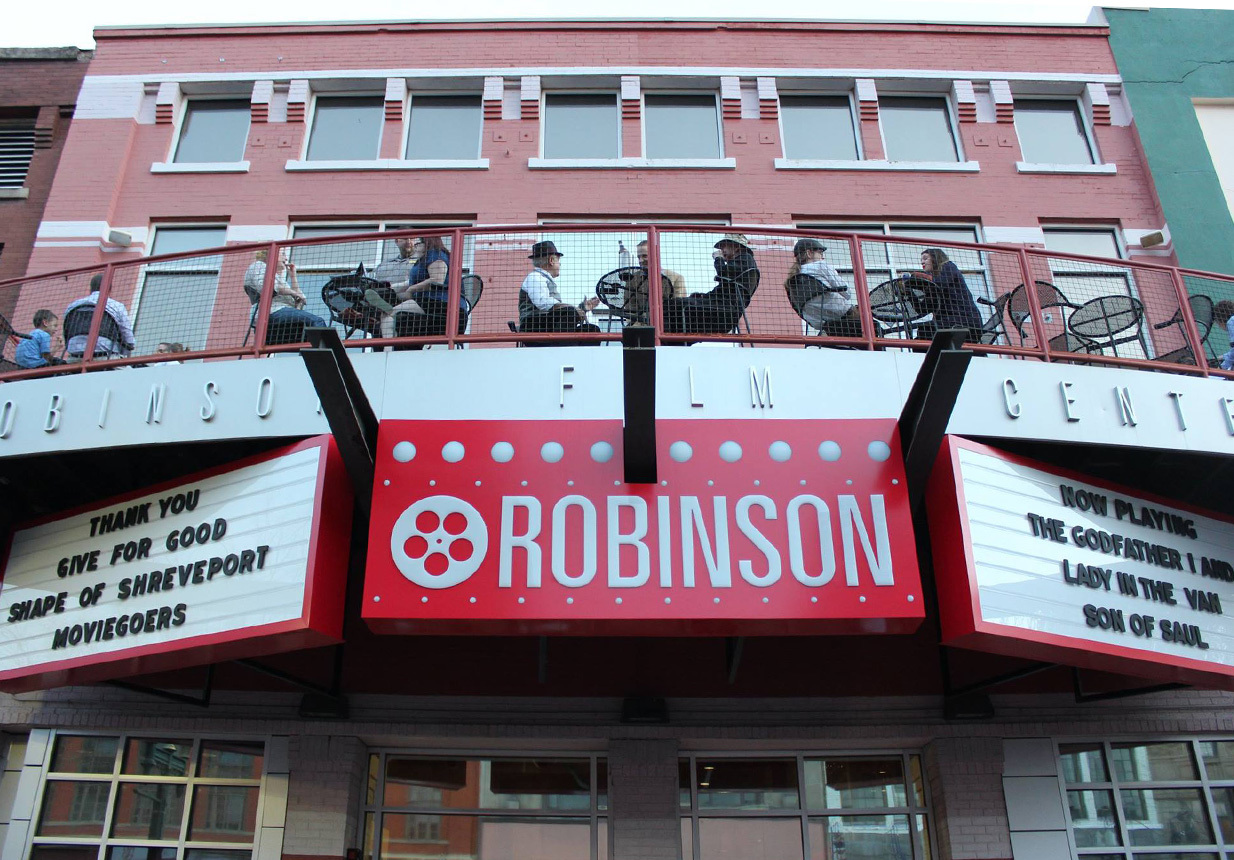 Robinson Film Center is celebrating the work of filmmakers from the region with three upcoming Regional Filmmakers Spotlight screenings.

The Spotlight series showcases emerging independent filmmakers from Louisiana and the south with post-screening Q&A sessions with filmmakers, cast and crew. The upcoming films range from horror to romance, and tickets are on sale now at robinsonfilmcenter.org.

The latest film from writer/director Blayne Weaver, a Bossier City native, follows Maddie, a young actress who lands a role in her college’s student slasher film. She thinks the shooting site at a camp deep in the woods will be the perfect weekend escape — until a deranged killer preys on the cast and crew. Weaver will be joined by actress Cherish McCormick and film editors J.C. Doler and Chris Lyon for the post-screening Q&A discussion. “I’ve always been a fan of scary movies. Zombies, ghosts and monsters are great but they don’t really get me. The horror films that would keep me up at night were about that single disturbed individual who wanted to kill. The slasher movies of the 70s and 80s were always the scariest to me. I also love how those films often had a wry sense of humor about them. It’s not unusual to laugh at a line from an irreverent character moments before they become a bloody victim. GetAWAY is my homage to these films,” Weaver said of his latest work.

In this thriller from writer/director Brea Grant, bodies start to pile up when a junkie nurse and her scheming cousin try to find a kidney for a black market organ trafficker. Grant, a Marshall, Texas native and an actress known for roles in television series Heroes and Dexter, will join the post-screening Q&A discussion live over Skype, while other special guests from the film will be present at the theater.

Robinson Film Center has increased safety measures in place, including social distancing between ticketed audience members, 50 percent capacity limit in theaters, and enhanced sanitation protocols. Masks are required at RFC, in accordance with the statewide mandate. Masks may be removed for eating and drinking if seated at a bistro table or in a theater seat, but must be worn at all other times.