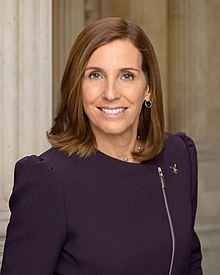 Mitt Romney’s announcement could save Arizonans from finding themselves at the epicenter of the national political spotlight.

By Cole Lauterbach | The Center Square

Senate Republicans may not have until January to use their razor-thin majority to approve a replacement for the late U.S. Supreme Court Justice Ruth Bader Ginsburg, thanks to an Arizona Senate election currently looking good for Democrats.

U.S. Sen. Martha McSally was appointed by fellow Republican Gov. Doug Ducey to finish Sen. John McCain’s term after dying in 2018. Arizona law states that McSally would be subject to a special election in 2020, two years before the seat would have been up for re-election had McCain not died.

According to an OH Predictive poll conducted in early September, she’s been trailing astronaut Mark Kelly in polling for weeks, most recently behind the Democrat by ten points.

The part of the law that likely concerns Senate Majority Leader Mitch McConnell is Arizona’s process for when a transition could take place should Democrat Mark Kelly beat McSally.

State law says that the winner of the first general election after the seat is vacated “shall fill the remaining unexpired term of the vacated office.”

“Each state decides it’s own process,” said Mike Lawlor, associate professor at New Haven University and former chair of the Connecticut Legislature’s Judiciary Committee. “Some allow for gubernatorial appointment, others require a special election. Some allow the appointee to serve out the remainder of the former incumbent’s term, others allow the appointee to serve until the special election. Arizona appears to be in that category.”

That means Kelly could win the election and take office once the Arizona Secretary of State’s office certifies the vote later in November, shrinking the GOP’s majority to two.

“The U.S. Senate should vote on President Trump’s next nominee for the U.S. Supreme Court,” she said on Twitter.

Should Kelly win, and the Supreme Court nomination process drags out until then, the GOP would need to change the mind of one of the other two senators who say they wouldn’t vote in favor of Trump’s nominee if he loses the election.

Utah Republican Sen. Mitt Romney announced Tuesday morning that he would vote on Ginsburg’s replacement before the election.