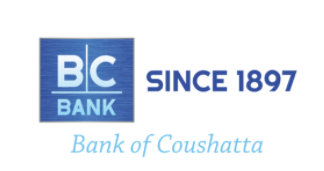 Jerry L. Glover, President of the Bank of Coushatta, has announced that he intends to retire from the Bank within the next twelve calendar months.

After his retirement, Jerry will remain on the Board of Directors at the Bank and he will also be involved in various Bank committees. Jerry will remain available in an advisory position as needed after retirement to help facilitate a smooth transition of management.

Jerry began working at Bank of Coushatta in 1990 and has served in the office of President since 2003. He intends to spend more time with family, children, grandchildren, friends and traveling.

Joel Ossman, currently a Vice President and Shreveport Area Manager of Bank of Coushatta, is the President Elect and will become the active President upon Jerry’s retirement.

Joel began working for Bank of Coushatta as Vice President and Shreveport Area Manager in 2015. He has been in banking in Northwest Louisiana for 22 years. He is a native of Shreveport and holds a bachelor’s degree in Business Administration from Texas A&M University. In 2011, He graduated from the Louisiana State University Graduate School of Banking program.

Bank of Coushatta expanded to the Shreveport market in 2015 with the opening of a Loan Production office. This year, they built a new BC Bank location at 9391 Ellerbe Road. They plan to open a new branch in late 2021 at 2100 Benton Road in Bossier City.