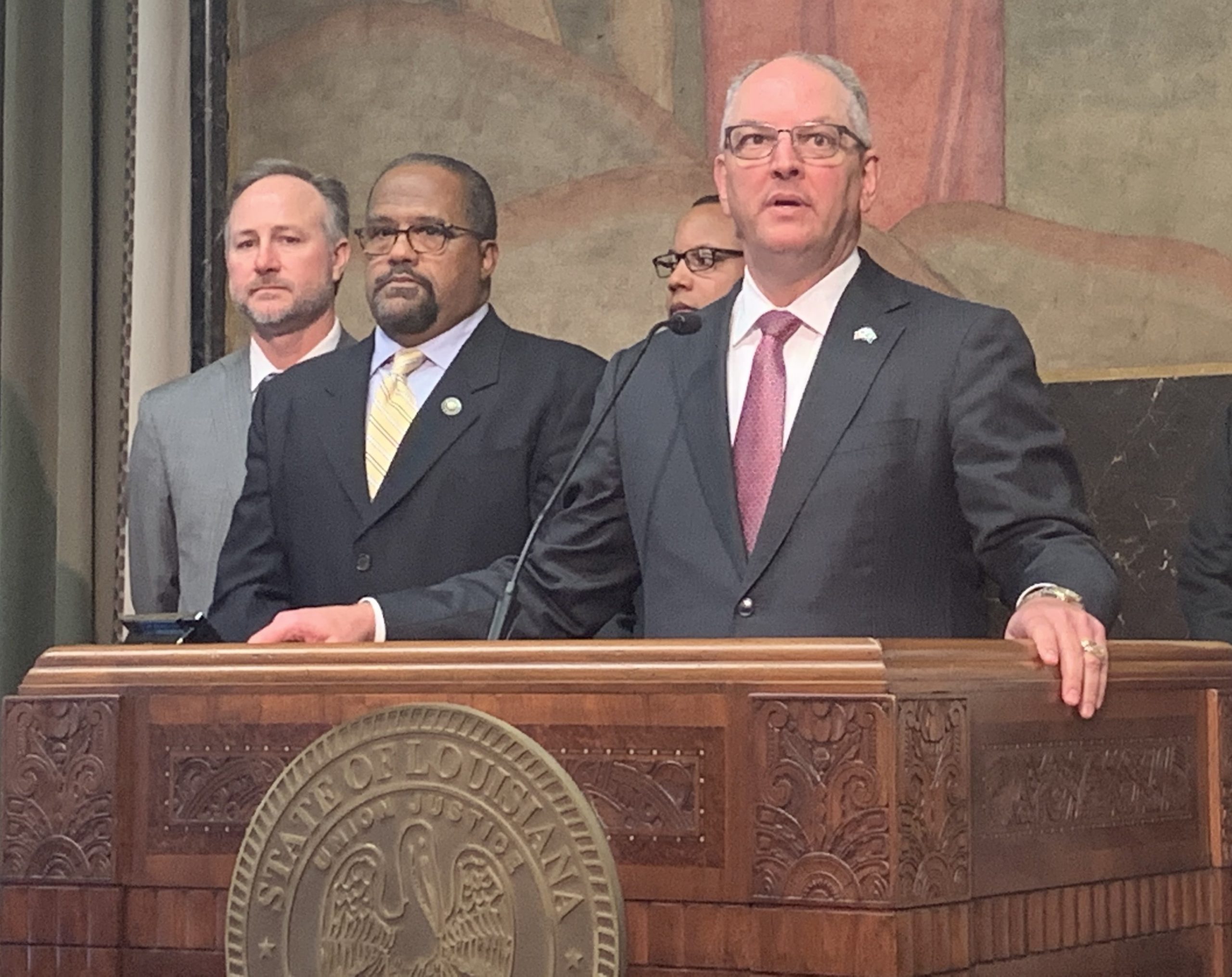 Louisiana so far has spent at least $43 million, Edwards said. He said he wasn’t sure if that total included the cost of sheltering evacuees in hotels, which is likely to be the biggest expense.

There are communities in southwest Louisiana that are considered uninhabitable, and state officials want to avoid putting people in mass shelters as much as possible because of the risk of contracting COVID-19. The state currently is sheltering more than 11,000 people, mostly in New Orleans hotels. People who need shelter can text LASHELTER to 898-211.

“We’re going to shelter people as long as we need to,” Edwards said. He urged residents to listen to local officials regarding when it is safe to return home.

The Federal Emergency Management Agency has approved seven more parishes for individual assistance, bringing the total to 16. The newly approved parishes are Rapides, Natchitoches, Sabine, Winn, Grant, Jackson and Lincoln. The state has asked for assistance for residents of 23 parishes in total.

More than 80,000 Louisiana residents have applied for Hurricane Laura assistance from FEMA, which can include grants for home repairs and temporary housing and low-interest loans, Edwards said. About $8.1 million has been distributed. Residents can apply at disasterassistance.gov or by calling 1-800-621-FEMA.

The Louisiana Public Service Commission reported 236,687 power outages Wednesday morning, down from a high of more than 600,000. In the hardest-hit areas of southwest Louisiana, electricity may not be restored for a month because of severe infrastructure damage.

More than 6,100 National Guard members have been activated and are distributing supplies at 40 different sites, which is more distribution sites than the state has ever operated at one time, Edwards said. They have passed out more than 2.7 million liters of water, more than 1.8 million meals ready to eat, 273,000 bags of ice and 94,000 tarps, officials said.