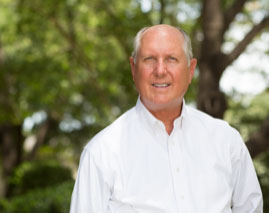 District 36 State Senator Robert Mills (R – Benton) has authored a bill that adds members of the clergy to the list of mental health support personnel allowed access to patients in hospitals, nursing homes, and adult residential care homes during a state declared public health emergency. The senator is also calling on Governor Edwards to sign an executive order to put the bill into effect until it can be brought before the Louisiana Legislature for consideration.

“We need to act on this issue immediately,” said Senator Mills. “Just last week the Trump Administration, through the Office of Civil Rights at the U.S. Department of Health and Human Services, announced the resolution to a religious discrimination complaint filed against Prince George’s Hospital Center of the University of Maryland Medical System. Suzanne Marcus filed the complaint after her critically injured husband was denied a visit from his priest by the hospital. With assistance from the Office of Civil Rights and with guidance from the Centers for Medicare and Medicaid Services, her husband was able to receive the visit from his priest and the University of Maryland Medical System now has a consistent policy at all of their hospitals allowing clergy visitations. It’s vital that we act now on this guidance from the federal government.”

Senator Mills’ newly authored bill would require inpatient healthcare facilities to provide patient or resident access to members of the clergy for prayer, mental health support or religious counseling, the sacraments of Holy Communion, anointing of the sick, and last rites, and any other customary religious service that is normally offered to patients when not under a declared state of public health emergency.

The bill also provides protections for members of the clergy, as well as the inpatient healthcare facility. Any member of the clergy who wishes to minister to a patient or resident must volunteer to enter the facility, submit to a health screening, wear the same personal protective equipment as the facility’s medical staff, sign a written waiver of liability, comply with all other safety requirements imposed by the facility, and not disrupt clinical care.

“Hospitals and nursing homes around the state are operating with inconsistent policies regarding patient access to clergy,” stated Senator Mills. “Without specific guidance from The Louisiana Department of Health, they are unsure if or when they should allow such access. This bill, as drafted, would protect the religious liberty of patients at hospitals and residents of nursing homes and assisted living facilities.”