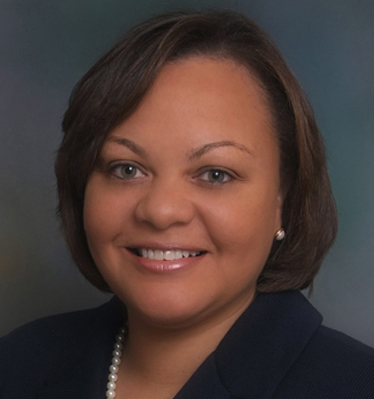 Peterson has held the job for two four-year terms, first chosen for the post in 2012 in an election that ousted then-party leader Claude “Buddy” Leach and gave Peterson the distinction of being the first woman to win the job of party chair.

The New Orleans senator and lawyer, who has been a state lawmaker for two decades, announced her decision not to run for a third term as Democratic Party chair in a statement.

“I have communicated my decision to many other leaders of our party and am confident that it is the right time to pass the torch as the next wave of leaders step forward to build an even stronger Democratic Party,” Peterson said. “Our party must remain resolved to end systematic racism, create real economic opportunity for everyone and promote freedom and equality for all in Louisiana and across our nation.”

Gov. John Bel Edwards didn’t immediately say who he will support for the position, which is elected by the members of the party governing body, the Democratic State Central Committee. The governor’s decision is expected to carry influence in the Aug. 29 election.

State Rep. Ted James of Baton Rouge said he is considering a run for the leadership job. Lafayette lawyer Katie Bernhardt announced that she will be a candidate for the position.

During Peterson’s tenure, the Louisiana Democratic Party reclaimed the governor’s seat with Edwards, but he’s the only Democrat to hold a statewide position. Peterson touted Edwards’ victory and the election of Democratic mayors in cities across Louisiana.

“The vision and energy we’ve cultivated together at the Louisiana Democratic Party must now take the next step to help elect more Democratic leaders throughout our state,” Peterson said.

The party saw significant declines across Peterson’s time at the helm. Democrats lost a U.S. Senate seat in the 2014 election and saw their numbers continue to shrink in the Louisiana Legislature, with Republicans gaining a veto-proof supermajority in the Senate in the 2019 election. The party often has been unable to field full slates of candidates in recent statewide and congressional elections.

Peterson also publicly clashed with Edwards on issues. She was considered instrumental earlier this year in removing the head of Louisiana’s gambling regulatory board who the governor had reappointed to the job. And Peterson loudly criticized abortion measures that Edwards signed into law.

Despite their differences, Edwards thanked Peterson for her eight-year tenure in a statement, calling her a “great partner during my two campaigns for governor.”

Peterson retains a position with the Democratic National Committee as the committee’s vice chair of civic engagement and voter participation, and she said she will continue in that role.