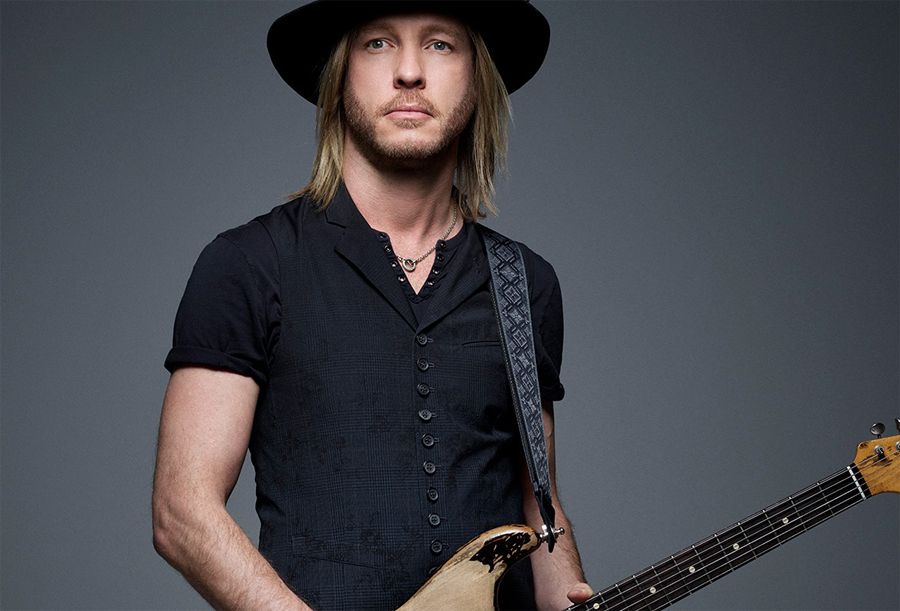 The public is invited to attend the Northwest Louisiana Walk of Stars induction of Shreveport native and blues-rock guitarist, Kenny Wayne Shepherd on Saturday, June 27.

SHREVEPORT-BOSSIER, LA – The Northwest Louisiana Walk of Stars is pleased to announce the platinum-selling, blues-rock guitarist Kenny Wayne Shepherd as the 32nd inductee. Shepherd’s formal induction will take place on Saturday, June 27 at 6 p.m. in the Red River District in downtown Shreveport. The induction ceremony is open to the public.

“Growing up in Shreveport-Bossier, there’s a piece of our culture that resonates with you indefinitely,” said Stacy Brown, president of the Shreveport-Bossier Convention and Tourist Bureau. “Kenny Wayne Shepherd’s Walk of Stars induction is more than a ceremony to recognize his undeniable artistry. It’s a warm welcome home.”

Shepherd was born and raised in Shreveport, Louisiana, and began playing the guitar at age 7. His career as a singer-songwriter began at age 13 when he was invited on-stage by New Orleans bluesman Bryan Lee. This life-altering experience was the start of Shepherd’s musical journey as he swooned the crowd for hours with his amateur talents. Shepherd’s music career exploded in the mid-90’s as he created genre defining blues and rock n’ roll hits, such as “Blue on Black,” “Midnight Rider,” and “Shame, Shame, Shame” and more. Shepherd continued to climb the music charts and billboards with platinum and gold selling albums. His debut album was “Ledbetter Heights,” which sold more than 500,000 copies and generated massive radio play and media attention.

The Northwest Louisiana Walk of Stars was created in 1997 as a committee of the Greater Shreveport Chamber of Commerce, but is now a completely independent 501(c)3 organization.