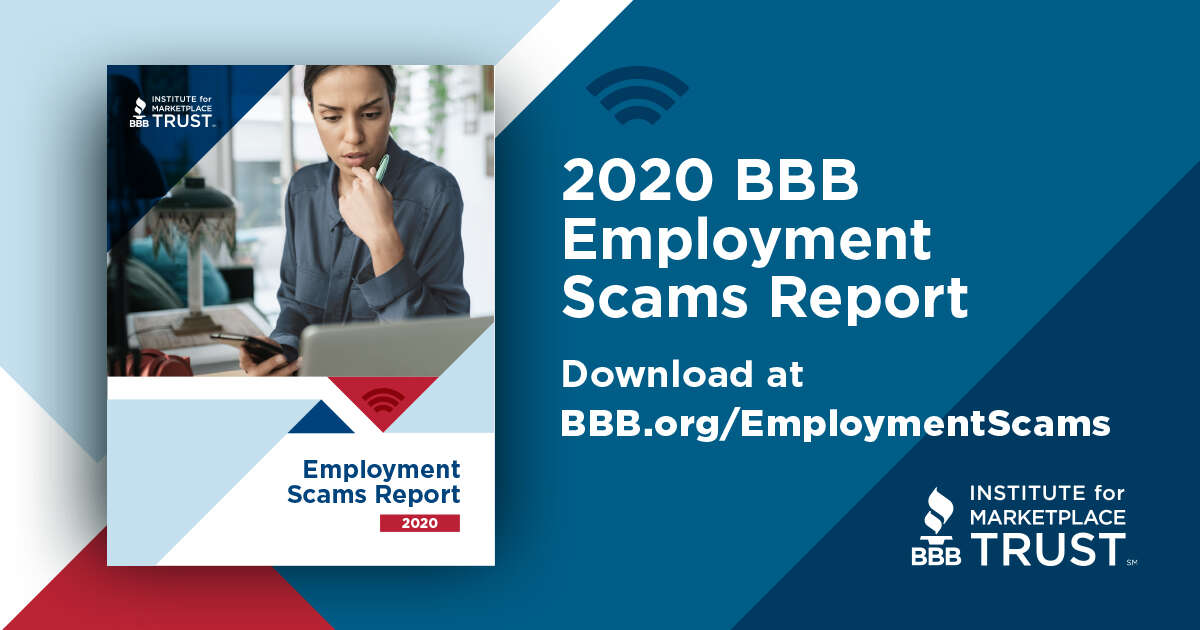 A new study released by the Better Business Bureau (BBB) finds that nearly three-quarters of those who lose money to employment scams are already in financial crisis, and do not have enough income to cover their monthly bills. In addition, more than half of people targeted by employment scams (53%) reported being unemployed at the time of the encounter.

Employment scams were the #1 riskiest scam in 2018 and 2019, according to the BBB Risk Index, which measures exposure, susceptibility, and monetary loss based on reports to BBB Scam Tracker. Only weeks after the release of the latest BBB Scam Tracker Risk Report in early March, the COVID-19 pandemic forced the shutdown of businesses across North America. Hundreds of thousands who lost their jobs began seeking new jobs via online platforms and other means. In response, BBB launched a new research project to better understand how employments scams are being perpetrated, who is being targeted, the overall impact of these scams, and how to help people avoid losing money to them.

“This research was timely as we found that more than half of scam targets were seeking work-from-home opportunities,” said Melisa Lanning Trumpower, executive director of the BBB Institute for Marketplace Trust, which produced the report. “As more people search for flexible employment opportunities following the coronavirus outbreak, they need to know that scammers are out there in force and targeting those most in need.”

The Employment Scams Report examines findings from an April 2020 survey of 10,670 U.S. and Canadian consumers reporting employment scams to BBB Scam Tracker. One surprising finding is that 65% of consumers reported that their “job offer” was related to becoming a “warehouse redistribution coordinator” or some similar titles involving the reshipment of packages (which often involve stolen goods). In many cases, these scammers impersonated well-known retailers like Amazon and Walmart to seem legitimate, posting jobs on major online employment platforms with few prerequisites or requirements.

The report also highlights those who are most at risk for employment scams. Students and individuals ages 25-34 were more susceptible and likely to be victimized, while those ages 45-54 and 65+ reported higher median dollar losses. In addition, military spouses and veterans were more likely to fall victim than non-military consumers, and reported losing significantly more money to employment scams.

“These critical findings can help guide our scam prevention outreach to those most vulnerable to these scam types,” Trumpower said. “Employment scams don’t just affect those who lose money. For every victim who lost money, at least one other worked without pay, and yet another lost personal information that could lead to identity theft.”

Survey results reinforced that consumer education is a critical component of fighting back against these scammers. Those who avoided losing money were much more likely to report previous knowledge of employment scams and tactics (20% versus 7%).

For tips on how to avoid employment scams, visit BBB.org/EmploymentScams.

To report a scam, go to BBB.org/ScamTracker.