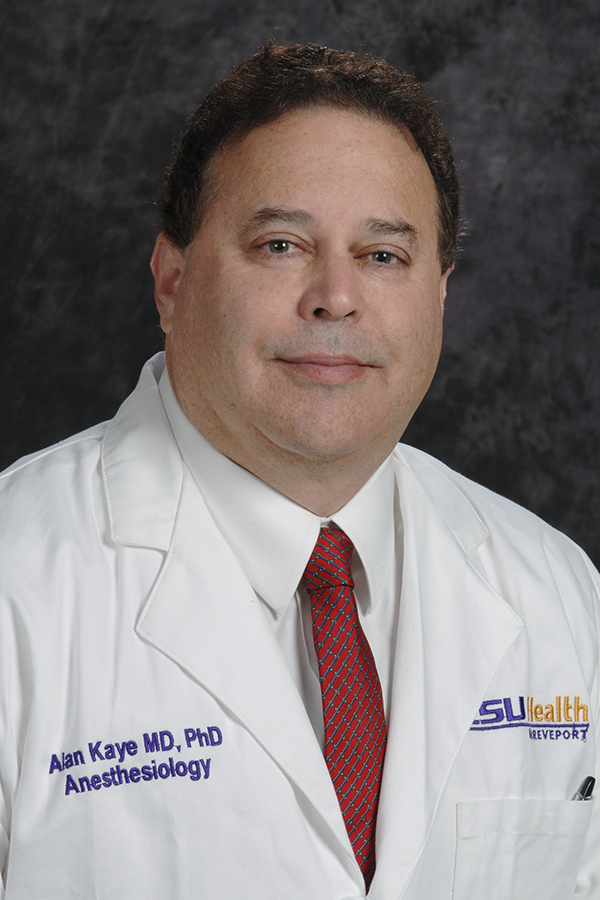 Dr. Alan Kaye has been named Provost and Vice Chancellor for Academic Affairs at LSU Health Shreveport effective June 8. Dr. Kaye will serve as the Chief Academic Officer representing LSUHS in Shreveport and Monroe, working closely with the Chancellor and senior leadership team to promote and enhance academic excellence, strengthen the educational infrastructure, and expand the scope of individual academic programs and interdisciplinary curricula.

Dr. Kaye comes to LSUHS having most recently served the past 15 years as the Chairman and Chief of Anesthesiology Services at University Medical Center in New Orleans. He received his undergraduate degrees in biology and psychology from the University of Arizona, and his medical degree from the University of Arizona School of Medicine. He earned his PhD in pharmacology from the Tulane School of Medicine. Dr. Kaye completed an internal medicine residency at the Alton Ochsner Medical Foundation and Clinic in New Orleans followed by an anesthesia residency at Massachusetts General Hospital. He then served as the chief anesthesia resident during his clinical scientist track at Tulane Medical Center which included a rotation at Texas Heart Institute. Furthering his education, Dr. Kaye completed a pain fellowship at Texas Tech University Health Sciences Center and a homeopathic pharmacology fellowship at the Medical College of Vienna, Austria. He is board certified in anesthesiology, pain medicine and interventional pain.

His military service includes seven years as a Captain in the United States Army Medical Reserves followed by five years as a Major. Dr. Kaye was the recipient of a Louisiana Military Honor Service Medal and a National Defense Service Medal for his Reserve service during the Gulf War.