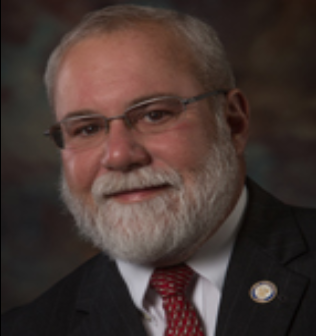 The bill was passed in a special legislative session that is focused on finishing a $33 billion budget for next fiscal year and considering tax cuts for businesses hurt by the coronavirus pandemic.

The franchise-tax bill, by Sen. Bret Allain, R-Franklin, is one of 15 bills approved for debate that aims to suspend or cut taxes on businesses as they recover from the coronavirus shutdown.

Allain’s bill would suspend the corporation franchise tax on the first $300,000 of taxable capital for small businesses. That change would cost the state $5.4 million in lost revenues in the fiscal year beginning July 1.

The cuts in business taxes were proposed by a task force formed by Senate President Page Cortez and Speaker of the House Clay Schexnayder, both Republicans.

In the regular session that ended Monday, legislators passed a Republican plan that would use $300 million out of $811 million of federal COVID-19 relief money to provide grants to small businesses.

Gov. John Bel Edwards would prefer to pass all of that money to local governments to help with virus-related expenses and has indicated he would veto the bill. About $511 million would be reserved for local governments under the Republican plan.

Some Democrats oppose the tax cuts to businesses. Rep. Ted James, D-Baton Rouge, said the Republicans are using the special session to pass legislation businesses have sought for years in the name of virus recovery.

Opponents say that the business tax cuts could force cuts in funding for some state departments and the state’s universities. Colleges face more than $20 million of possible cuts in state support, and they face tens of millions of COVID-19 expenses that exceed the federal aid they are receiving.

The House Appropriations Committee advanced the proposed budget Friday using $562 million in federal coronavirus aid to solve a $904 million hole in the next fiscal year.

About $90 million of the state’s rainy day fund would also be used. But the budget passed by the committee does not take account of the millions of dollars of possible cuts in revenue from the reductions in business taxes that are still being considered, and those could force further cuts in spending.

Given the loss of revenue from the COVID-19, Edwards had dropped plans to increase funding for early childhood education and K-12 schools.

The budget bill now moves to the House floor, where it will be debated Wednesday. The legislature must finish a budget before July 1 or lose the power to appropriate money.