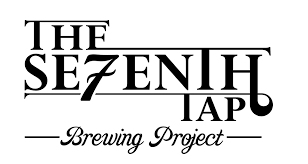 SHREVEPORT, La. (AP) — A few ideas shared over beers will result in a new craft brewery opening in Shreveport.

The Seventh Tap—or The Se7enth Tap—distribution warehouse and taproom are in construction mode with an expectant opening in late-2020 or early-2021.

Reconstruction is ongoing at what will transform it into a local watering hole and production center for the company’s award-winning beers. The commercial site is nearly 15,000 square feet with 1,800 square feet of the interior designated for the family and pet-friendly tasting room.

The public areas will include communal and bar seating, rolled up garage doors to provide views of the city, a food vendor station, and an intimate outdoor patio for private events.

A large portion of the warehouse will lend space to produce, package, and ship out the original collection from local brewers and The Seventh Tap founders Jose Cardenas, Colby Miller, and Samuel Norton.

The location was ideal as it allows them to revamp a vacant space and bring something new to the neighborhood. Simply put, “it just felt right.”

The Seventh Tap will open down the street and around the corner from Shreveport-founded Great Raft Brewing. The proximity may work to bring more foot and bike traffic into the area and create a buzz for the neighborhood with locals and tourists.

“We should be able to collaborate and work together to make this kind of a brewery district area where people who come into town will want to visit both of us and not one or the other, per se,” Norton said.

THE DISCOVERY OF BEER

The Seventh Tap partners are first and foremost beer drinkers, which they credit to making them better beer brewers. It’s provided insight as to how to cater to their patrons’ desires.

“The main goal is to produce good beer and educate the community on what good beer is,” Cardenas said.

The brewers’ thirst for new and interesting products continues to push them to create and improve their recipes. Their own eagerness to sample beers they couldn’t find elsewhere motivated them to begin making them, Cardenas said.

“We experimented with weird ingredients or new things that maybe you can’t go to the store and buy on a regular basis. We pushed the boundaries on different things,” Norton said.

The partners broke into the industry as beer hobbyists. Their interest in the craft was introduced in different, individual ways but ultimately brought them together for the business endeavor.

Miller “fell down the rabbit hole” sampling wide-ranging styles of craft beer at local retailer, Brewniverse. An in-store brewing demonstration made him fall for the process and he bought a home brewing kit that day.

Norton landed a sweet deal on a home brewing kit he saw on the clearance shelf at Sears. Later, he received a more advanced kit as a gift allowing him to expand into various styles and improve techniques.

Cardenas’ interest was piqued when he joined Norton—his longtime friend and then-roommate—with the DIY project. Brewing together was a time for camaraderie, then Cardenas developed his own passion for the activity

Joining a local homebrew group brought the trio together—it’s where Cardenas and Norton met Miller—and led to the founding of The Seventh Tap Brewing Project.

In 2014, the three forged a partnership to enter several original beers into the 2015 Brew Riot contest in Dallas. The competition was stiff with more experienced regional home brewers and large, operational breweries in the mix. Yet, their products shined through.

In their debut public appearance, The Se7enth Tap won several awards for multiple signature recipes, including the “Cocoa Loco,” “Fireside Brunch,” “All Black Everything,” and “Atomic Tangerine.”

These were the first of many accolades to follow.

The Seventh Tap continued circulating the competition and festival circuits and earning a name for itself with favorable nods from judges and the consumers.

“I think the feedback from people is better than those awards, honestly,” Cardenas said.

The trio decided to make a more permanent place to offer their vast selections. In 2017, they acquired the Linwood Avenue building and have taken a slow and steady approach to get to opening day.

Once operational, patrons will have regular access to The Seventh Tap’s rotating selection of IPAs, double IPAs, stouts, sours, Mexican lagers, and more. In the beginning, kegs will be distributed to local restaurants and bars with the long-term plan for bottle and can placement in retail stores. Limited-release beers will be available in the taproom, exclusively.

It’s been several years in the making, but the team is confident that the timing is right for The Seventh Tap’s launch in Shreveport.

“Louisiana is still untapped and young as far as craft beer movement goes,” Norton said. “It’s blossomed everywhere else and eventually it’s going to hit Louisiana. There’re maybe five or six breweries that has opened up in maybe the last year, but it’s still relatively low scale compared to what we seen in like the Dallas market and especially when you get to the Northeast and California areas. There are breweries on every corner it seems like and they’re still doing well. In this day and time, you’ve got to have a good product to be successful and I think we’ve done that.”

It’s challenging to pick a favorite craft “child” but the brewers divulged their usual go-to from their product line.

“The concept behind that beer is a concept I had of mixing Mexican hot chocolate that our mom would make us as a kid,” Cardenas said. “I came to Sam with it and Sam made up a recipe for it. It’s been the beer that’s won us the most rewards. Personally, that’s my favorite.”

“I’m on a quest to make the perfect double IPA, which I’ll never achieve for myself,” Norton said. “I constantly try to make it better so each batch is better and better. I don’t have a name for that specific beer yet just because I’m always changing things. I think we’re always changing things as a production brewery, but we’ll have a rotational double IPA that will always be good. Just each batch will be unique in and of itself.”

“Jose bringing in some Mexican culture is where it stems from,” Miller said. “The yeast I use is from central Mexico and I use blue agave in it and some lime leaves. It always turns out awesome and I love drinking it. It’s a good, crispy, refreshing beer.”