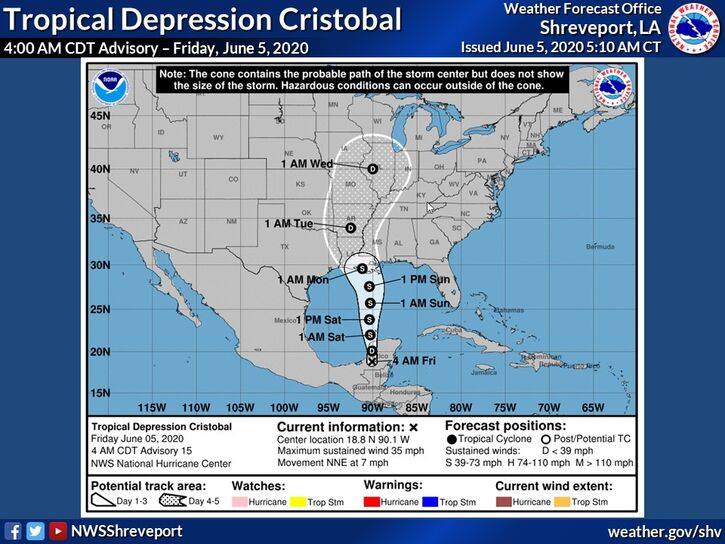 “While it is still too early to know for sure what impact Cristobal could have on Louisiana, now is the time to make your plans, which should include the traditional emergency items along with masks and hand sanitizer as we continue to battle the coronavirus pandemic,” Edward said in a statement late Thursday.

Cristobal weakened to a tropical depression after striking Mexico’s coast and moved inland. It was predicted to turn northward into the Gulf of Mexico and head toward Louisiana.

Edwards noted that a flash flood watch has already been issued for a big part of the state, and heavy rain is expected. The U.S. National Hurricane Center said Cristobal may regain force once it moves back over the Gulf of Mexico and could reach Louisiana by Sunday.

“It is critically important for the people of Louisiana to be aware of this tropical threat,” Edwards said.

With that severe weather threat, Louisiana’s health department announced it will close some of its coronavirus testing sites Sunday, those that are staffed with National Guard troops and supported by the state’s emergency preparedness office. The testing sites will reopen on June 13, depending on storm recovery needs.