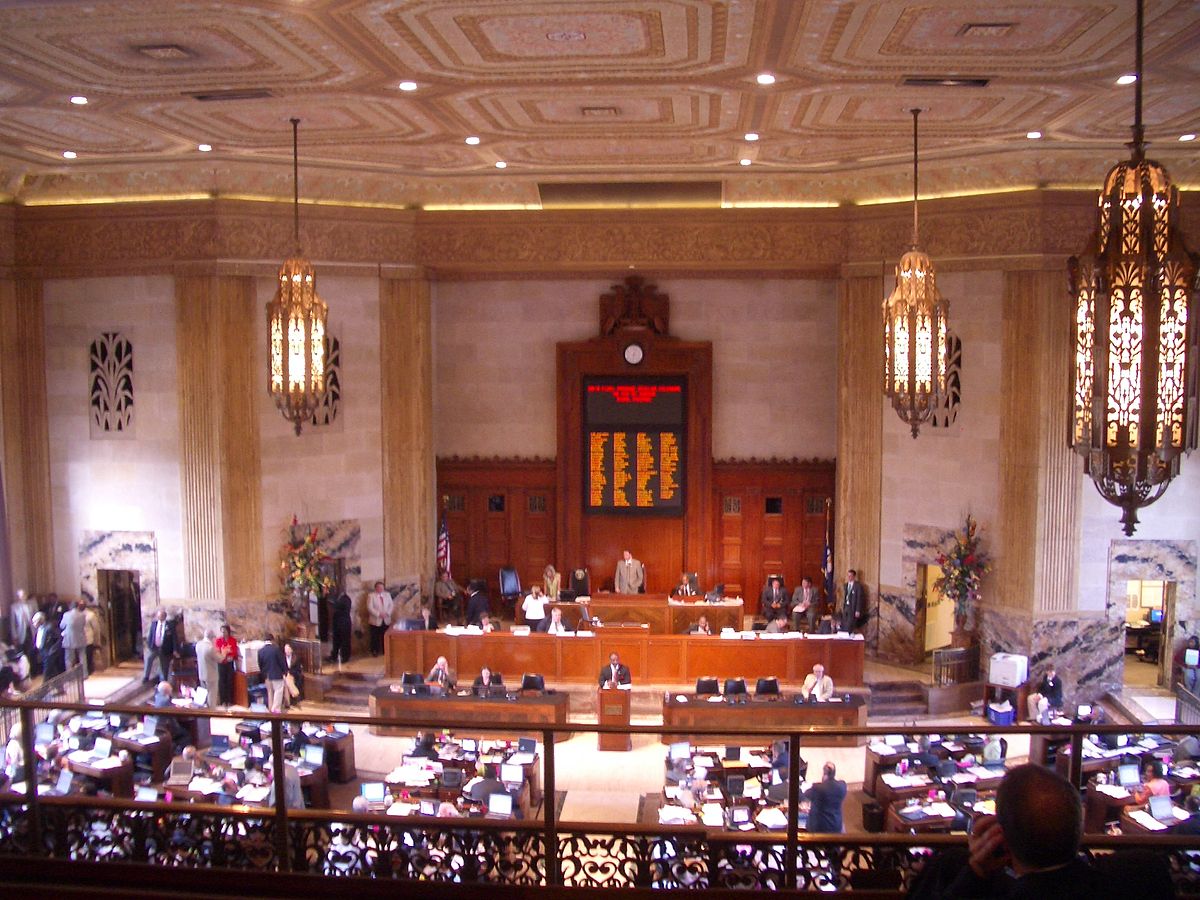 After more than five hours of debate, a Louisiana House of Representatives committee on Wednesday approved a measure that seeks to water down Gov. John Bel Edwards’ “stay at home” order that is meant to reduce the severity of the COVID-19 pandemic.

The resolution changes nothing immediately and heads next to the full House.

Edwards, a Democrat, indicated in April that Louisiana was on pace to begin lifting many of the restrictions imposed to control the spread of the new coronavirus by the time his “stay at home” order expired at the end of the month. Instead, he extended it two more weeks, citing public health concerns such as rising numbers of cases in certain regions.

Rep. Blake Miguez, who leads the Republican delegation in the state House of Representatives, authored the resolution. He supports a regional or parish-by-parish approach to fully reopening aspects of the state’s economy currently closed or limited as part of the pandemic response.

Along with several of his GOP colleagues, he praised the Edwards administration’s efforts to get the COVID-19 outbreak under control. But he sharply criticized the governor’s refusal to let local officials lift more restrictions in areas that aren’t hot spots for the virus, citing the economic damage.

His original measure called for suspending the governor’s authority to declare a public health emergency related to the new coronavirus. Miguez decided to narrow the focus to address concerns that revoking the emergency order would cost Louisiana federal funding and effectively shut down the Governor’s Office of Homeland Security and Emergency Preparedness, though some Republicans said they preferred the broader version.

The amended version seeks to take away some of the executive branch’s power to enforce the order. Violators would not be subject to criminal penalties, though according to Wednesday’s conversation the Department of Health and the State Fire Marshal still could revoke business permits.

“We’re taking the teeth out of his stay-at-home order,” Miguez said. “Many parishes in this state are ready to open up.”

He said he trusted local officials to make sure businesses follow federal health guidelines when they reopen.

Some speakers argued the order might as well be lifted because more people are starting to violate the rules. Several speakers said the order violated constitutional rights such as freedom of assembly.

“The state’s already reopening,” said Rep. Danny McCormick, R-Oil City. “We have to give people their freedom back.”

Rep. Tanner Magee, R-Houma, said state government has not provided enough information about the data that goes into their models. Some Republicans said they felt they had been misled by the administration to believe the state would begin to lift more restrictions starting May 1.

But Democratic representatives and the Edwards administration said the change would create a confusing and dangerous hodgepodge of different rules at the height of an unprecedented public health crisis. James Waskom, who directs GOHSEP, said it would lead to “chaos and confusion.”

Matthew Block, Edwards’ executive counsel, argued that Louisiana’s order has been far less restrictive than many other states by allowing many types of businesses to remain open. He said he was certain Louisiana would meet the testing criteria under the White House-approved guidelines for opening more of the economy by the time the current executive order expires May 15.

Louisiana may be on pace to meet the other criteria involving case growth and hospitalizations, but Edwards will review the data and consult with public health experts before announcing the next steps, Block said. Edwards previously had said the state was on a promising trajectory before extending the order that would have expired May 1.

LDH Secretary Courtney Phillips said Edwards extended the order in part because in four of the nine regions the health department divides the state into, case growth was either rising or remaining flat. A localized approach was feared because of the amount of travel between regions, she said.

Phillips also said the measure would eliminate some aspects of LDH’s ability to respond to this or other public health emergencies.

Block said the measure debated Wednesday would not stop Edwards from being able to declare another emergency if, for example, a hurricane hit the state. But it would take away some of his power to deal with another emergency, such as the ability to order evacuations.

“It would certainly mean a lot of the tools that are necessary to respond to a disaster would not be in the toolbox,” Block said.