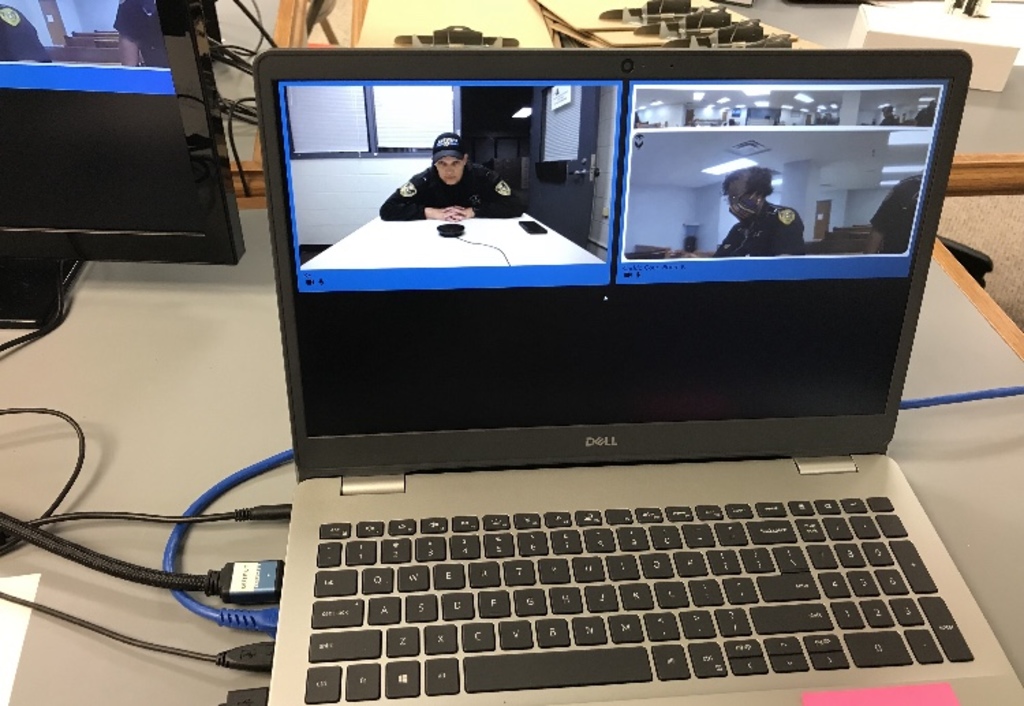 As of Monday, judges in all five criminal sections of First Judicial District Court were able to conduct court proceedings virtually, with inmates at CCC never having to leave the jail. Previously, only arraignments were conducted through video court.

“Video court is a common sense and efficient way to administer justice,” Prator said. “For several years video arraignments have been conducted between inmates from Caddo Correctional Center and First Judicial District Court judges, which has saved much money and time. Now we can conduct the entire trial with the inmate never having to leave CCC.”

Court proceedings will still be open to the public, the Sheriff said. “You will still find all the same participants in the courtroom – the judge, the attorney, and the jury – only the accused will appear remotely if they are at CCC.”

Prator said the expansion of video court could not have been possible without the cooperation of many. “I appreciate the Caddo Parish judges, the Caddo District Attorney, the Caddo Public Defender’s Office, and the Caddo Parish Commission for their assistance and enthusiasm,” the Sheriff said.

The Caddo Parish Commission by law funds all court operations and will pay $4,200 per month for the service. In comparison, the Commission paid the Sheriff’s Office $117,000 in 2019 to transport inmates from CCC to the Courthouse. The monthly payment covers the use of 14 laptops, cameras, speakers, and software, and includes equipment for district court, juvenile court, and federal court.