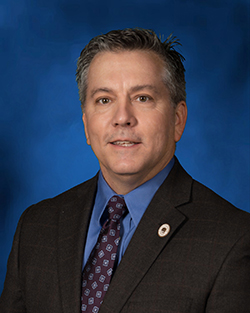 Louisiana state lawmakers may be facing a deficit of between $450 million and $500 million next fiscal year, the state House Appropriations chairman said Wednesday.

Louisiana’s constitution requires a balanced budget, so reductions relative to current year spending would be needed. The state general fund, which is the portion of the state’s budget over which lawmakers have the most control, is about $10 billion.

Rep. Jerome Zeringue, a Houma Republican, says the crash in oil prices would make balancing the state’s budget difficult even without an unprecedented pandemic and response. The state’s Revenue Estimating Conference has not yet adopted an official forecast showing how much money is likely to flow into state coffers.

“It’s going to be something that is a guess, at best an educated guess,” Zeringue said.

Zeringue on Wednesday participated in a webcast hosted by the Pelican Institute for Public Policy. He noted lawmakers had expected to be able to spend a $187 million surplus from the last fiscal year. He said he does not anticipate a revenue shortfall this fiscal year; Gov. John Bel Edwards has said the same.

Though legislative leaders haven’t yet made it official, lawmakers expect to resume their session Monday. The current regular session ends June 1, though a special session afterward is widely expected. Lawmakers are constitutionally required to approve a state budget before the next fiscal year begins July 1.

“We’re trying to pare down the bills to what’s essential,” said Rep. Tanner Magee, also a Houma Republican and the House speaker pro tempore, essentially the second-ranking member behind Speaker Clay Schexnayder. “That always sounds easier than it actually is, because everybody thinks their bills are essential.”

Magee, who also participated in the webcast, expects House committees to only meet one at a time, and to hold committee meetings and meetings of the full chamber on different days to allow people to keep distance between each other. People entering the state capitol recently have had their temperatures taken and have not been allowed to sit next to each other during committee hearings.

Rep. Ted James, a Baton Rouge Democrat who recently recovered from a serious bout with COVID-19, has said he does not intend to return to the capitol anytime soon, arguing there is no safe way for the full House to safely practice social distancing. State Rep. Reggie Bagala died from the illness, James notes.

The Louisiana Legislative Black Caucus has urged leadership not to convene until Edwards’ current “stay at home” order expires May 15.