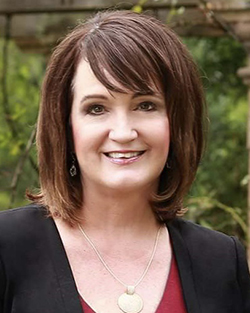 State Representative Valarie Hodges, R-Denham Springs, authored a letter, signed by 35 State Legislators, and sent to President Trump yesterday, to show their support of his leadership during the trying time of the COVID-19 virus and resulting quarantine, and to urge him to move forward with restarting the economy, beginning May 1.

In her letter, Rep. Hodges first shows gratitude for President Trump’s efforts and generosity for the American people, especially for Louisiana.  The letter goes on to say, “We are not prepared to wipe out 240 years of liberties protected under our beloved Constitution because of a virus.  As conservatives, our focus is on protecting the people we serve through common sense approaches, not bigger government.  Our fundamental God-given rights of life, liberty and the pursuit of happiness must be preserved.”

With the closing of schools and businesses worldwide, the economy has already seen a steep decline, and in an effort to prevent an economic state that is impossible to recover from, Rep. Hodges, who represents Louisiana’s 64th District, used her letter to the President to begin work to restart the economy.  The letter states, “Mr. President, you have repeatedly put your trust in the people to know what is right on complicated issues.  You also said, ‘We don’t want the cure to be worse than the problem.’  These words have given us hope and encouragement that this will end soon.  We support your plan with steps to open the country May 1st.  We support first opening the ‘mom and pop’ businesses that are the backbone of our economy.”

This letter to President Trump was sent Wednesday, April 15, 2020, and was signed by 35 total Louisiana Legislators, 32 members of the House of Representatives and 3 State Senators.