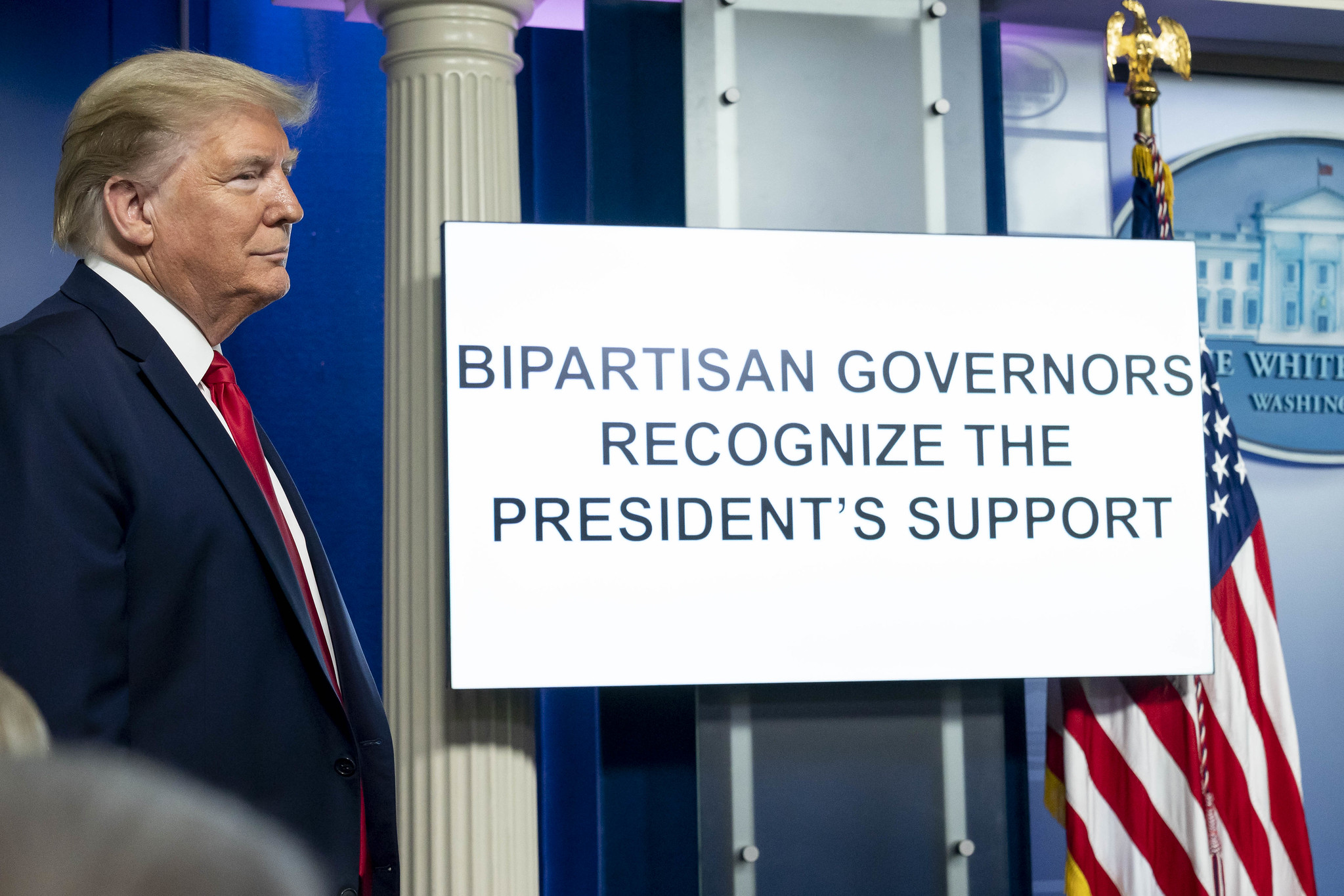 President Donald Trump on Tuesday said he will be holding telephone calls with the nation’s 50 governors Thursday on their plans to re-open their economies after stay-at-home orders in response to the COVID-19 pandemic led to millions of lost jobs and shuttered businesses nationally.

Trump said he will be “authorizing each individual governor of each individual state” to regionally end restrictions, starting in states that have seen a lesser impact from the novel coronavirus.

“It’s going to be very, very close, maybe even before the date of May 1,” Trump said. “There are over 20 states that are in extremely good shape.”

A lessening of restrictions in states which have seen large outbreaks of the disease would follow, he said.

“The federal government will be watching them very closely and we’ll be there to help,” he said. “We will hold the governors accountable but again we’re going to be working with them.”

California Gov. Gavin Newsom Tuesday outlined a comprehensive process for what a lessening of stay-at-home restrictions would like there, including wearing masks in public and possibly taking temperatures of consumers before business could admit them. Trump did not specifically address California’s proposal during his briefing.

On Monday and then again Tuesday morning, Trump engaged in a tit-for-tat with Democratic governors who announced they were discussing regional plans for reopening the economy.

New York Gov. Andrew Cuomo on Monday announced a seven-state coalition of Northeast states that are discussing how a reopening of the economy will work there. And Newsom also said Monday he was talking to the governors of the states of Washington and Oregon about a similar plan for the West Coast.

But Trump said at Monday’s press briefing that he would have the final say on when that happens.

“When somebody’s president of the United States, the authority is total,” Trump said.

Trump said Tuesday that the governors will be “running their individual states,” but that if some states with a growing number of cases want to reopen, “we’re not going to let it happen.”