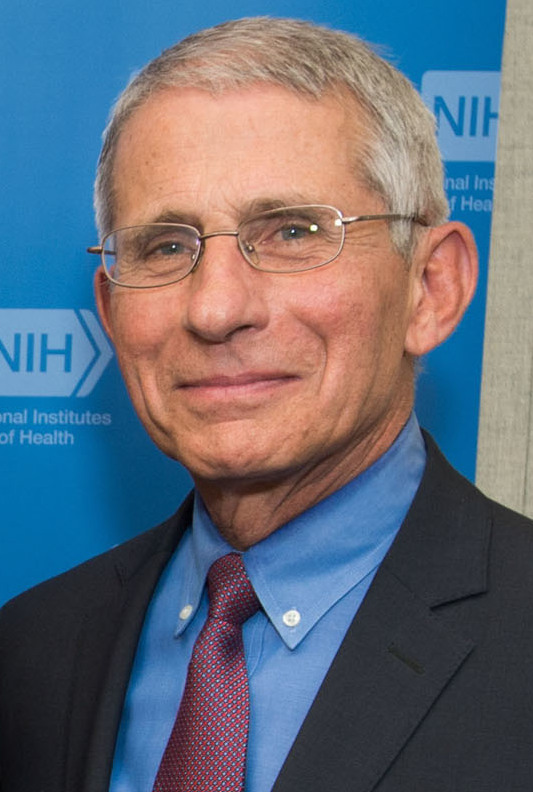 President Donald Trump on Monday said he was not firing the nation’s top advisor on infectious diseases hours after retweeting a former Republican opponent of Democratic House Speaker Nancy Pelosi’s call for his termination.

At the same press briefing of the White House Coronavirus Task Force, Dr. Anthony Fauci clarified comments he made on a cable TV network a day before that earlier mitigation efforts in the fight against COVID-19 could have saved lives.

Fauci, director of the National Institute of Allergy and Infectious Diseases, said during Monday’s briefing that he was asked a hypothetical question about whether the U.S. would have seen fewer deaths if stay-at-home and social distancing guidelines had been put in place in February rather than March.

“I mean, obviously, you could logically say that if you had a process that was ongoing and you started mitigation earlier, you could have saved lives,” Fauci told CNN’s Jake Tapper on Sunday. “Obviously, no one is going to deny that. But what goes into those decisions is complicated.”

CNN and other Trump critics said that was an admission that the Trump administration didn’t act quickly enough to place restrictions on Americans to slow the spread of COVID-19, which as of Monday killed more than 23,000 in the U.S.

Trump called much of the media’s response to Fauci’s comments “fake news.”

Fauci said deciding to put such restrictions in place – restrictions that have crippled the U.S. economy in the name of saving lives and put more than 16 millions of Americans out of work – were more complicated than what some media outlets were implying.

“That was taken as maybe as a way that something was at fault here,” Fauci said.

Fauci said Trump acted immediately on his recommendations that the U.S. put mitigation efforts in place to slow the spread of the disease. He said there were concerns about such drastic actions, but that the president acted quickly.

The next time Fauci said he went to the president, arguing that an initial 15 days of mitigation efforts were not going to be enough, Trump went with the doctor’s recommendation to extend the social distancing and other guidelines to 30 days.

Asked by a reporter if his comments Monday were voluntary, Fauci responded: “Everything I do is voluntary, don’t even imply that.”

Trump said his retweet of a tweet that said “Time to #FireFauci” didn’t matter.

Trump then played a series of video clips from Fox News and state news briefings that showed his response to COVID-19 and governors’ complimentary comments about the federal government’s response.

The president said he was criticized when he quickly restricted travel from China and later Europe.

“We were ahead of schedule,” Trump said. “Everything we did, I was criticized because we were too early.”

Now, he said, he’s being criticized for acting too late.

“I don’t mind being criticized,” he said. “But not when they’re wrong.”

Earlier Monday, during a live webcast in which former Democratic presidential candidate and U.S. Sen. Bernie Sanders announced he was endorsing former Vice President Joe Biden, both men sharply criticized Trump for his response to the novel coronavirus that causes COVID-19.

“Today I am asking all Americans, I’m asking every Democrat, I’m asking every independent, I’m asking a lot of Republicans, to come together in this campaign to support your candidacy which I endorse,” Sanders, speaking directly to Biden, said, “to make certain that we defeat somebody who I believe … is the most dangerous president in the modern history of this country.”

US stock indexes wobble a day after biggest drop since May

US home construction up 3.9% in August after July drop