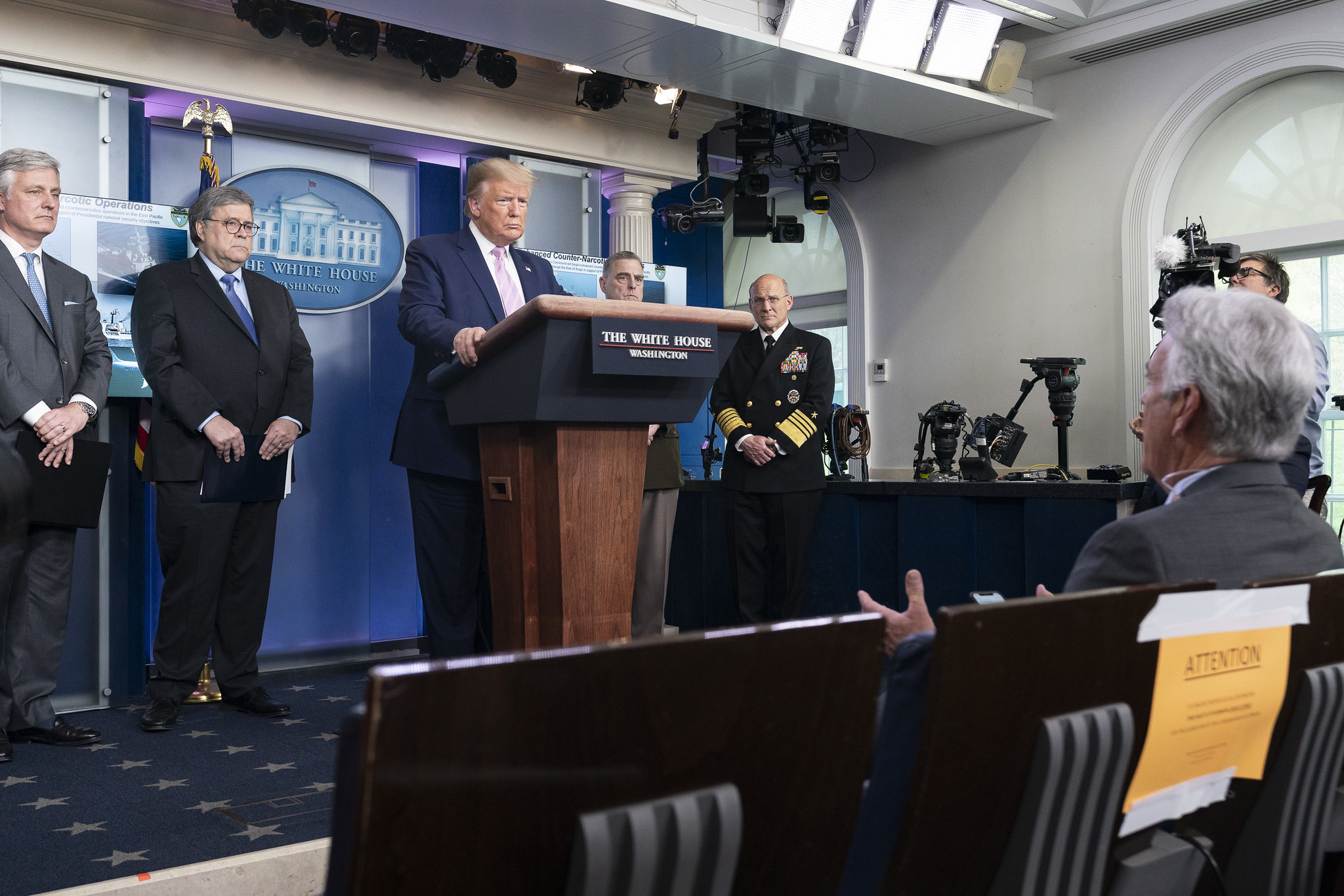 President Donald Trump on Tuesday thanked the American people for helping stop the spread of COVID-1 as he expressed the country’s support for New York and New Jersey, where the pandemic is hitting the hardest.

“We grieve alongside every family who has lost a loved one,” Trump said during his daily press briefing Tuesday evening. “It’s going to start to go in the other direction,” noting that the next week or two still will continue to be hard with the total number of case and deaths rising.

“Signs are that our strategy is totally working,” he added. “Every American has a role to play in this invisible war” against the novel coronavirus.

More than 40 U.S. state have placed restrictions on individuals and businesses, ordering people to stay home accept to buy food, provide aid to friends or relatives, visit the doctor, or travel to an essential job. Businesses considered nonessential have been close down, leading to massive spikes in unemployment claims.

“I think we’re getting close to the top of the curve,” he said of pandemic models that will begin to show the number of new cases declining but that mean more deaths in the coming days.

Criticizing the World Health Organization (WHO) for what he said was its slow response to the global pandemic, Trump also said he was considering putting a hold on U.S. taxpayer funding to the organization.

The organization “receives vast amounts of money from the United States,” Trump said, but he will reconsider that.

The novel coronavirus was discovered in China in December. WHO declared a global pandemic March 11.

Trump imposed travel restrictions on China on Jan. 31 and was criticized by WHO officials for it.

“They were wrong on everything,” Trump said. … “They didn’t see what was going on in Wuhan,” the province where the virus originated.