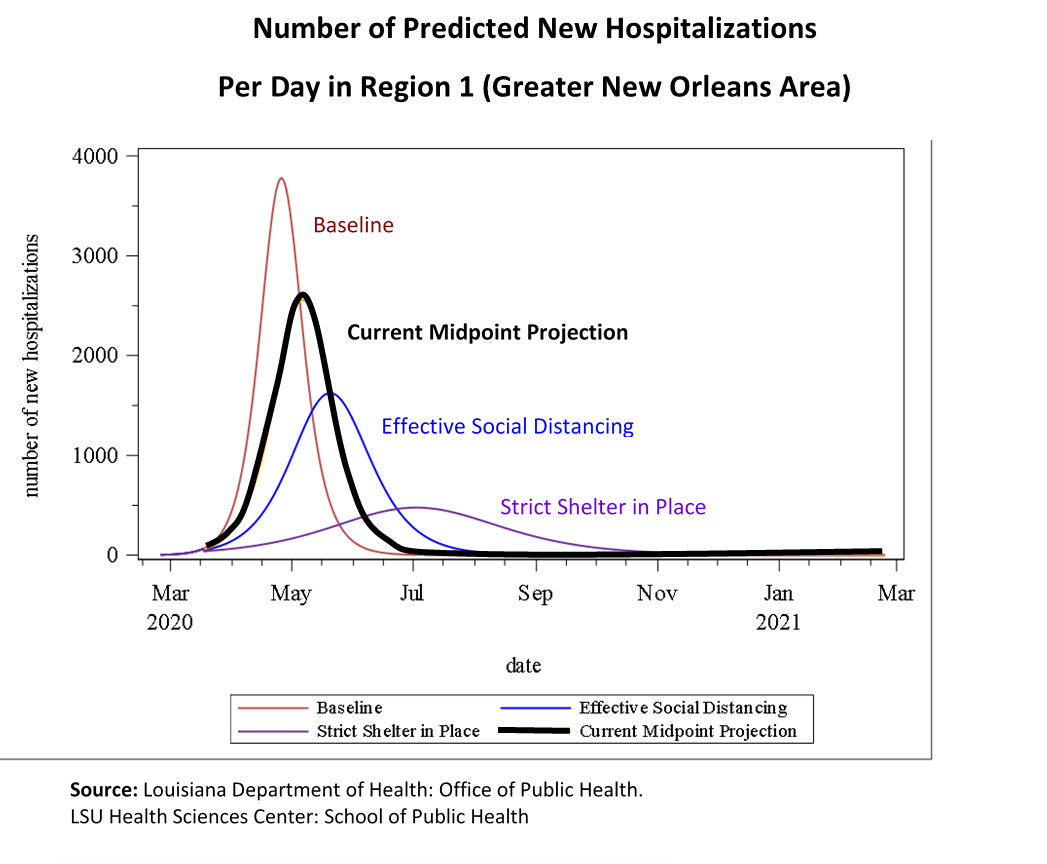 That number represents a point between what experts think would happen without mitigation efforts and what might happen if everyone obeys Gov. John Bel Edwards’ stay-at-home order.

“It’s not good, but there’s a glimmer of hope in that we can actually act to change where that slope is,” Dr. Alex Billioux, assistant secretary of the state’s Office of Public Health, said Friday. “Only we as citizens can do that.”

Social distancing helps, Billioux said, but it’s not as effective as staying at home. But if “everyone complies with the stay-at-home order, the greater New Orleans region’s health care system would have the time and the ability to take care of us as we get sick,” he says.

Edwards has said state government doesn’t have the ability to force every resident to comply. He asks repeatedly for voluntary compliance with his mitigation mandates, which mostly boil down to staying home as much as possible, maintaining at least six feet between yourself and others when you must go out, and avoiding groups of people.

“We’re not going to enforce our way out of the crisis,” Edwards said Friday. “It’s going to take everyone doing their part.”

Also on Friday, the Louisiana Department of Health reported 370 state residents had died so far from COVID-19.

A total of 10,297 cases had been reported. As of noon Friday, 1,707 of those patients were in hospitals and 535 of them were on ventilators.

In the greater New Orleans region, where most of Louisiana’s COVID-19 patients live, 376 hospital ventilators were in use and 252 were available.

Louisiana is second in the nation for COVID-19 testing relative to its population, Edwards said.

“The death rate in Louisiana is higher than anywhere else in the country,” he said.