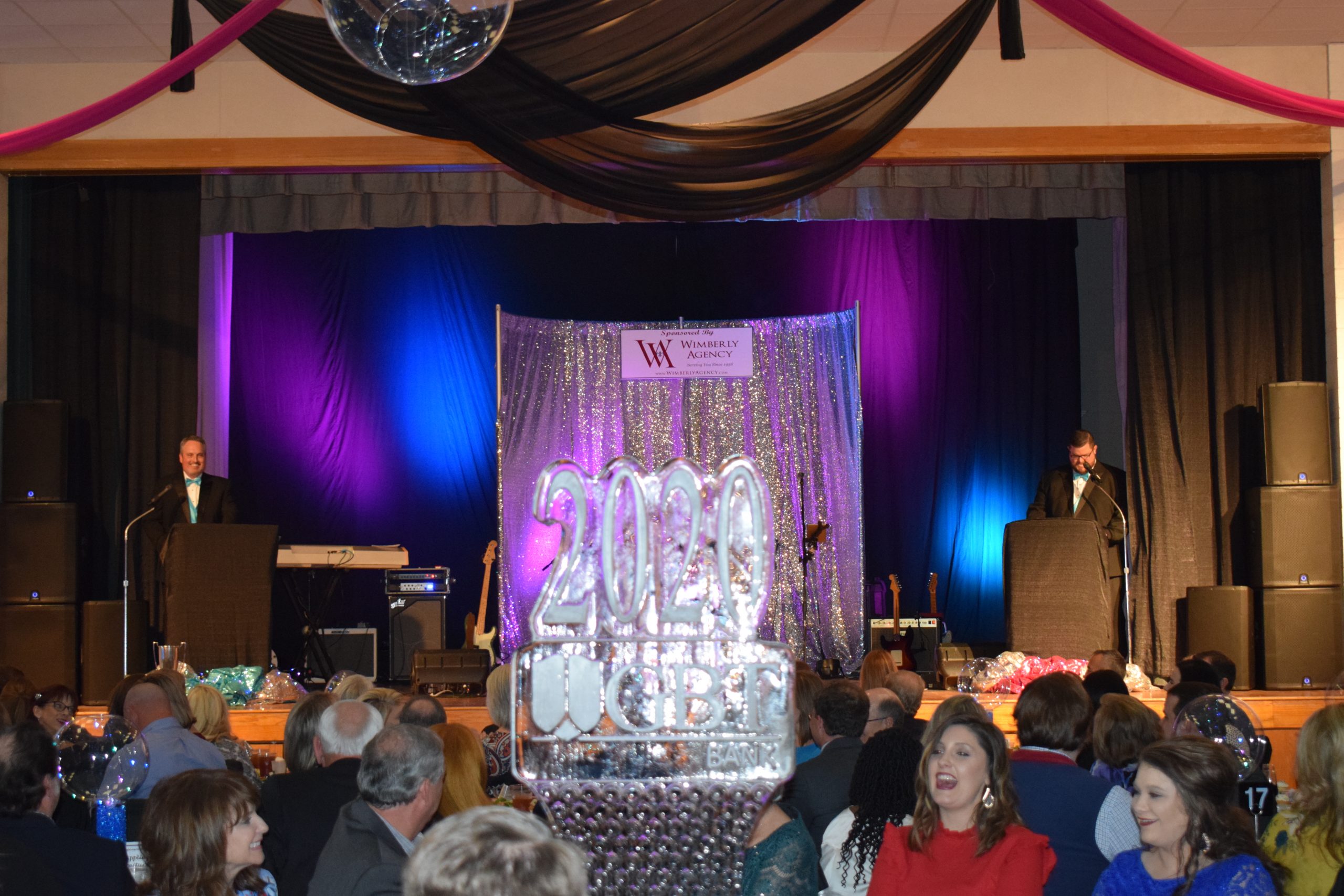 Tuesday evening marked the Greater Minden Chamber’s 78th Annual Awards Gala, an evening of food, entertainment, but most importantly to recognize a select few individuals, businesses, and organizations that go above and beyond serving the Minden community.

The night was emceed by Tracy Campbell and Jake Chapman, and when they weren’t running the show, the band Southern Roots was there to provide entertainment to the room full of guests. The meal for the evening was catered by Hugh Wood’s Catering and Specialty Meats and served by the Varsity Glenbrook Highschool Cheerleaders.

As the name would imply, many awards were presented at the Gala.

In the Business of the Year category, the finalists were, Gibsland Bank and Trust, TG Companies, and Fibrebond Corporation, who was the winner of this title.

In the Small Business of the Year category, the finalists were Fishy Stitches and Gifts, Mike’s Hometown Spirits, and Spillers’ Appliance and Furniture was the winner.

In the Business Person of the year category, the finalists were, Catherine Hunt (Lindsey Realty), (b1BANK), and Larry Gipson (Harris’ Corner) was chosen as the winner.

In the Community Partner category, the finalists are: Community First High School, Krewe de Ambassadeurs, and Louisiana Adult and Teen Challenge Center was the winner of this title.

“To Woman of the Year and Man of the year, let me just say, you are more than deserving of your honor,” said Morgan.

During his speech, the Greater Minden Chamber Board Chairman David Specht gave his praise to the people who had worked in order to ensure this year’s Gala was spectacular.

“There was a Gala Committee that was already on the scene and doing some amazing things. And they’re like, ‘We’re not going to be status quo. We’re not going to do things the way we’ve always been doing them. We’re going to raise the bar every year and we’re going to get it done.’ What you see around you tonight is what they accomplished.

“My hat’s off to every one of them,” said Specht.