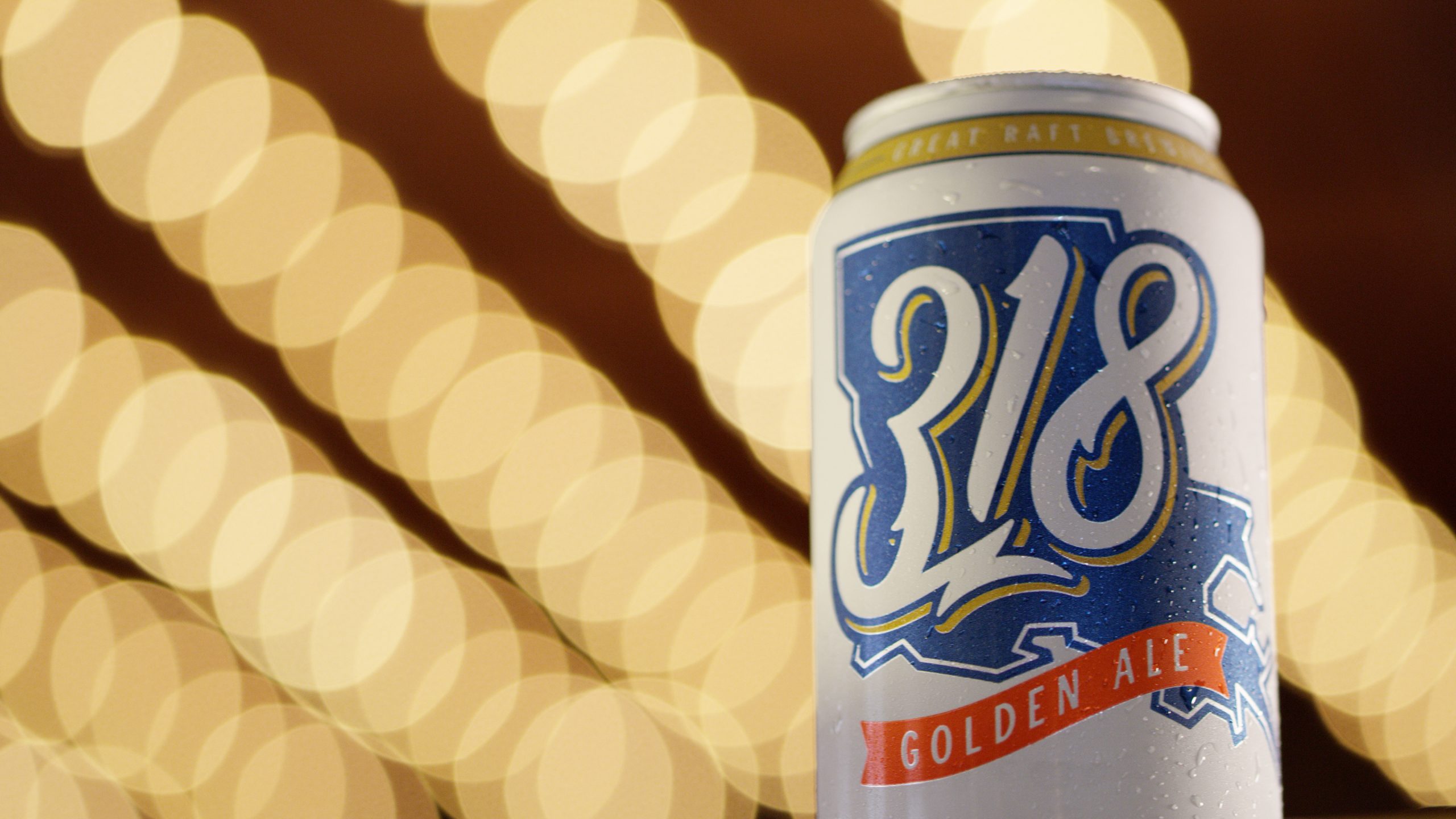 318 was originally made to pay homage to the brewery’s backyard, the 318 area-code. The 318 brand embodies Great Raft Brewing’s appreciation and enthusiasm for the North Louisiana market who has been supporting and drinking Great Raft for nearly seven years.

Word began to spread of the beer being bootlegged into neighboring regions, with a high percentage going back to East Texas. Great Raft Brewing has decided to supply that demand, sending kegs and cans of 318 Golden Ale a little further down Interstate 20.

318 Golden Ale is a craft beer that is light, refreshing and above all, easy-drinking. Made with orange peel and locally-sourced honey, 318 is sessionable and highly drinkable. Shortly after the launch of 318 in March of 2018 it became Great Raft Brewing’s top selling beer in Northwest Louisiana.

“318 is an approachable, easy step for people trying to move into craft beer,” said Lindsay Nations, co-founder and vice president of Great Raft Brewing. “It’s also a great go-to for craft beer drinkers who want a break from some of the more intense styles that craft beer is known for,” she added.

“We have been watching the success of the 318 brand in North Louisiana, and are excited to finally be able to offer it to East Texans,” said Serena Bryant, craft brand manager at R&K Distributors.

318 Golden Ale will be debuted at the Brookshire’s FRESH 15 race on Saturday, March 7, 2020. East Texans can expect 318 Golden Ale to be available on draft and in cans throughout their area during the month of March.

A full list of launch events and samplings can be found at 318beer.com.