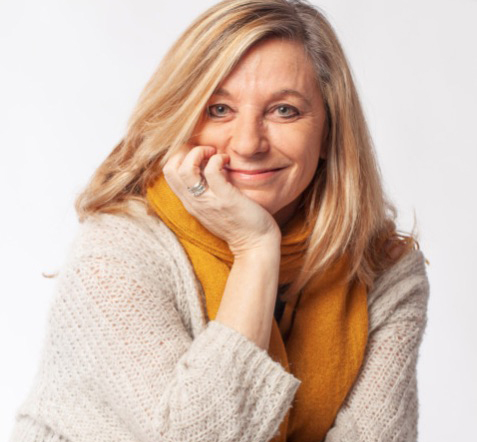 NATCHITOCHES – A documentary produced by Northwestern State University Professor Melody Gilbert has been nominated for a national Emmy award for Outstanding Short Documentary. The documentary, “Beneath the Ink” focuses on a tattoo artist who covers up racist tattoos on people who have experienced a change of heart.

“The awards ceremony will be in New York City in late September and we are competing with films from HBO, Showtime and PBS,” Gilbert said.

“I’m excited to be working with the next generation of visual storytellers in Louisiana,” Gilbert said. “My department just got new video cameras and a new studio and there’s so much energy and enthusiasm for what’s happening here.”

She is an award-winning documentary filmmaker and film professor who has directed, produced, shot and sometimes edited seven feature-length documentaries since 2002.  She also serves as a producer for other documentary projects she believes in, including “Beneath the Ink,” “Women Outward Bound” (2016/PBS) and the James Beard award-winning “The Starfish Throwers” (2015). Most recently she was a producer/story consultant for “Love Them First:  Lessons from Lucy Lane Elementary” (2019).

The films that Gilbert directs and films are noteworthy for featuring a rare intimacy with her subjects as she unearths previously hidden worlds. She works mostly solo and has the ability to get people to reveal their innermost thoughts, whether it’s the family of a child who can’t feel pain (“A Life Without Pain”/SXSW), a former Vice President of the United States (“Fritz: The Walter Mondale Story”/PBS) or people who have full-fledged relationships with synthetic companions (“Silicone Soul”/premiering on STARZ network in October 2019).

Gilbert is also a passionate educator, most recently on the faculty at the American University in Bulgaria for four years. She has taught her popular “Documentary Boot Camp” for more than a dozen years around the world.  The Documentary Channel calls Melody “one of the most fearless filmmakers in contemporary documentary cinema.”

Prior to making independent documentaries, Gilbert was an award-winning broadcast journalist at TV stations around the country for many years. Her specialty was investigative reporting and covering the arts. She was also a freelance producer for networks including CBS, ABC and NBC News on assignment for the nightly news and the morning shows such as Today and Good Morning America.