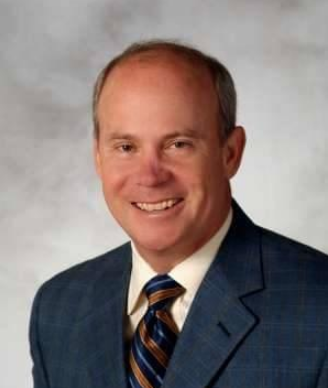 BATON ROUGE – The Louisiana Automobile Dealers Association (LADA) is pleased to announce that Mark A. Hebert, Sr., President of Hebert’s Town & Country in Shreveport has been elected NADA State Director.

He became an official member of the NADA Board of Directors in August and will be welcomed at his first NADA Board Meeting in October.

Mark graduated from Louisiana Tech University and soon after joined his father at Bob Post Chrysler Plymouth. 37 years later, they have expanded into several franchises eventually establishing what is now Hebert’s Town & Country Chrysler Dodge Jeep Ram. Mark’s family legacy continues as his sons, Chris, Beau, and Drew, are now a huge part of the Hebert’s success. “I am very fortunate to have three sons that have joined our family in the automobile business” he states.

Since 2010 they have continued to grow and have added a Ford Lincoln franchise in Minden and Legacy Chrysler Dodge Jeep Ram in Natchitoches.

“We are excited to have Mark Hebert serve as Louisiana’s next NADA State Director,” states LADA President, Will Green. “I am confident Mark will do an exceptional job as he brings his own unique experience to the table, while at the same time he has learned from two great dealers who served in this position before him: Joel Oustalet and his father, Marshall Hebert. I look forward to working with Mark to advocate on behalf of dealers at both the state and federal level.”

Mark has held a number of positions in the automobile business including Zone and Business Center Dealer Council Representative, President of the Chrysler Jeep Advertising Association for the New Orleans Zone, Executive Committee member of the Chrysler Jeep National Advertising Board, and President of the Shreveport Bossier New Car Dealers Association. He proudly served on the LADA Board of Directors for 11 years and served as the Chairman of the Board for from 2017-2018.

Mark and his wife, Floy, reside in Shreveport, Louisiana. In addition to their three sons that are now part of the family business, they have several grandchildren.