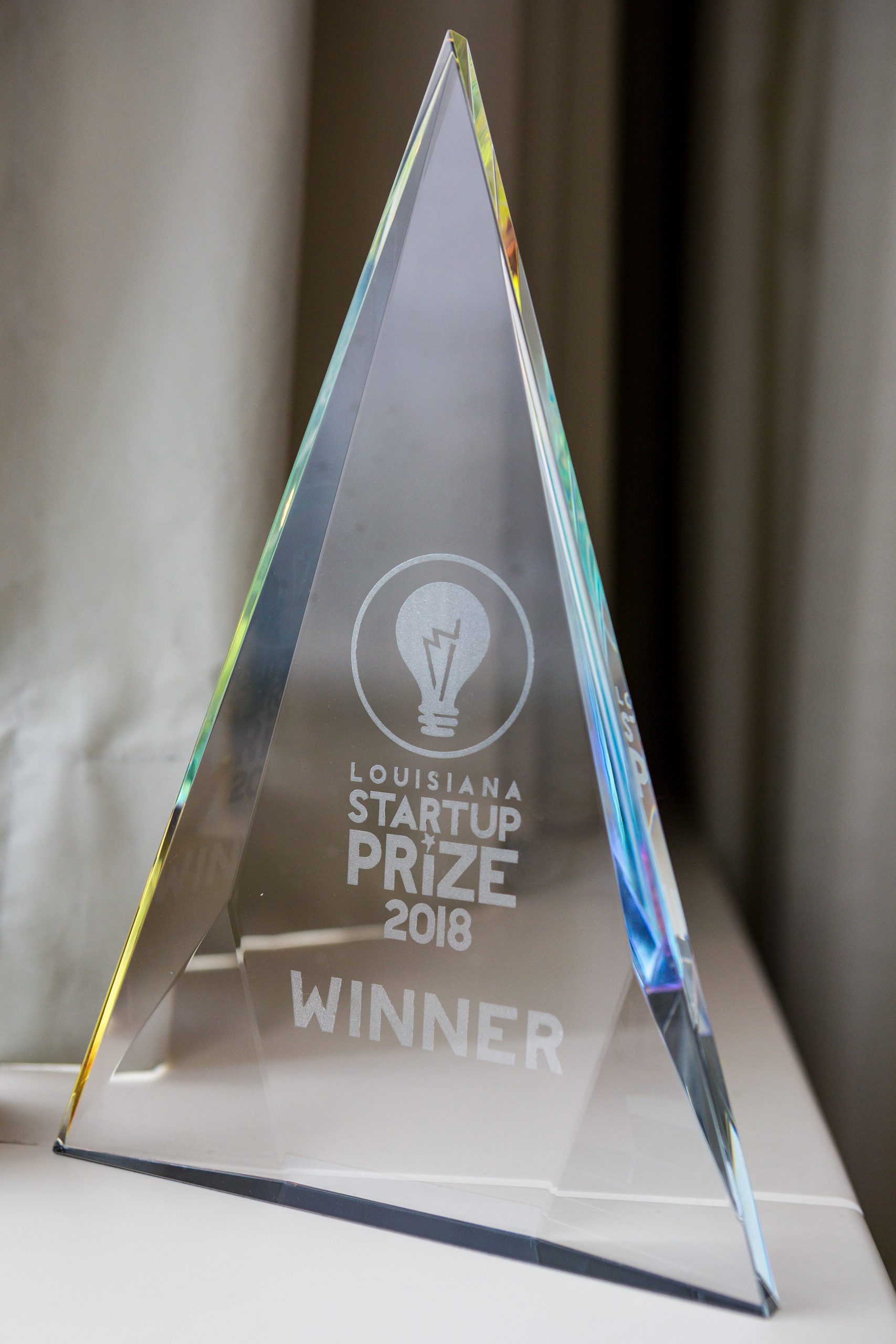 Now in its sixth year, the Louisiana Startup Prize is proud to announce its Top 5 finalists for the 2019 Prize season.

Startup Prize is a non-profit organization that promotes economic development in Northwest Louisiana by providing entrepreneurs a springboard which accelerates their progress through the startup phase using education, networking, assessment, consultation, and pushing them toward opportunities for investment.

The competition began in July, with businesses traveling to Shreveport for one of the Startup Prize’s most distinctive elements: The Mentor Qualifying Round. Rather than a pitch competition, the Mentor Qualifying Round is a hands-on educational experience, in which startups interact directly with mentors and the Prize’s Investor Judges  The competitors were a varied group, with representation in many sectors including healthcare, consumer packaged goods, and technology, among others. These companies were based not only in Louisiana, but also surrounding states like Texas and Oklahoma and as far away as Ohio, Florida, and Tennessee.

“The startups competing for the Louisiana Startup Prize 2019 in Shreveport are some of the strongest and most diverse we’ve ever seen,” said Gregory Kallenberg, founder of the Startup Prize and executive director of the Prize Foundation. “Our team of Investor Judges had a really difficult job narrowing down the field this year, and we are thrilled with their final selections.”

The finalists will return to Shreveport Aug. 23-25 for the Finals. Each team will have a private presentation with the Investor Judges. One of the finalists will walk away with the $25,000 grand prize, but each one also has the opportunity to receive private offers of investment from the judges. An average of 40 percent of finalists throughout the years have received private investments from the pool of Investor Judges

“The Louisiana Startup Prize is a truly unique opportunity for these startups, giving the companies the ability to get their ideas in front of a panel of investors from across the country who are looking for the next big thing,” said Kallenberg. “Every company that attends the Startup Prize is able to meet possible partners, beginning with the Mentor Qualifier, so they can evolve and transform their business to the next level.”