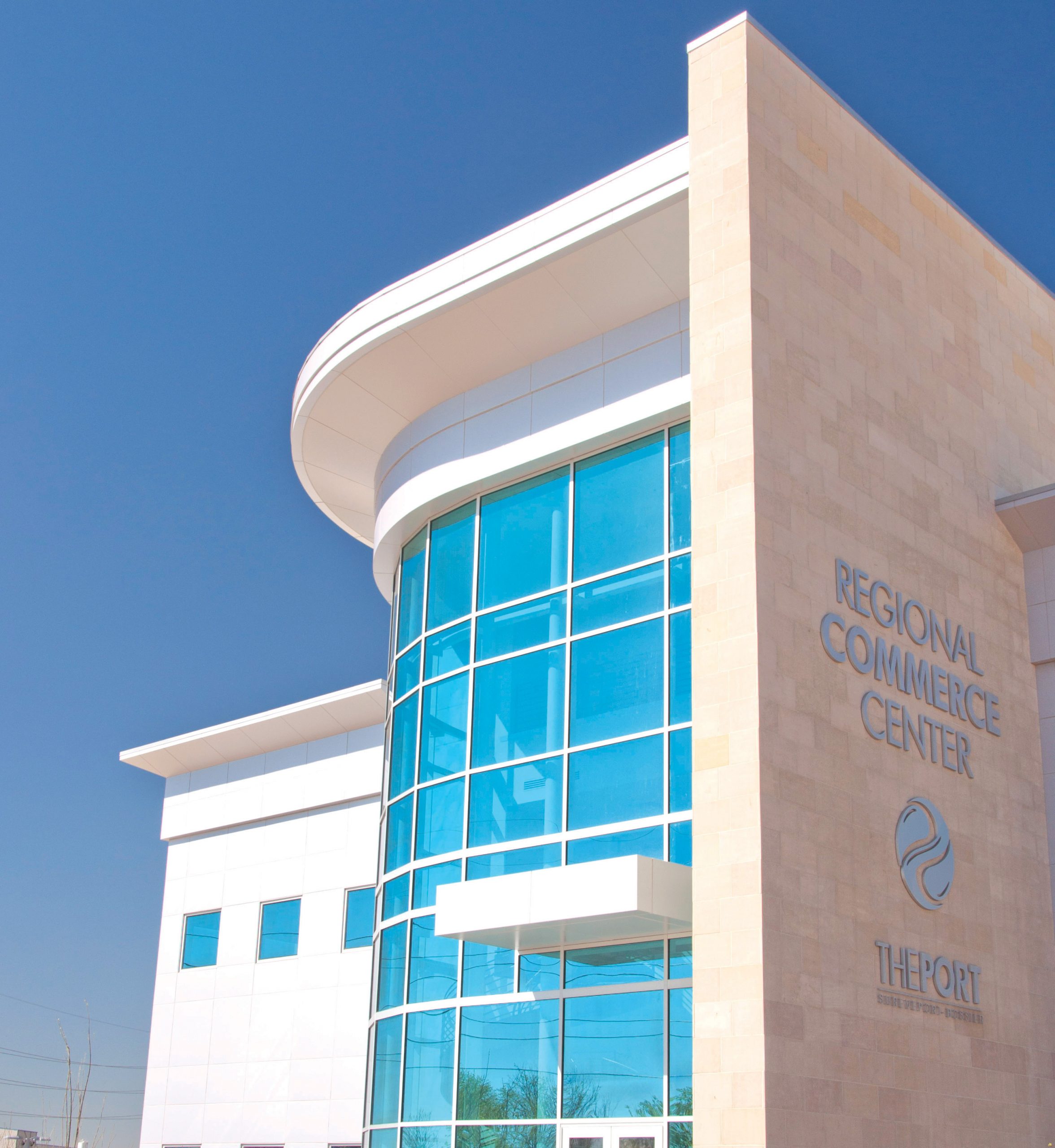 While I-69 may not run through Shreveport-Bossier for many years, a new project is progressing that may have long lasting ramifications for the future of that interstate and northwest Louisiana.

The Port of Caddo-Bossier is pursuing an access road that would connect the major industrial hub to I-49.

It all began about five months ago when the Louisiana Department of Transportation and Development (DOTD) came to the Port and explained that the record of decision (ROD) for Section of Independent Utility 15 (SIU-15) for I-69 held approximately $16 million that had not been spent.

An SIU is a portion of the interstate that can be built individually by corresponding states to link up with the overall project.

“Think of it as a $16 million escrow that could only be used for SIU-15,” said Eric England, executive director of the Port of Caddo-Bossier.

The ROD for I-69 SIU-15 included a $24 million service road. That service road will connect the inland waterway port to a major interstate highway.

“When a high ranking DOTD official knocks on your door and tells you that you have $16 million worth of a $24 million project, you scramble and you make it work,” England laughed.

The future road would consist of two existing roadways, Stonewall-Frierson Road in Desoto Parish and Robson Road in Caddo Parish, connecting with Doug Attaway Boulevard, the main entrance to The Port. Thus, creating a straight shot from the Port to I-49.

Over the past several months, the Port held meetings with the Desoto Parish Police Jury, Caddo Parish Commission, DOTD and Northwest Louisiana Council of Governments in order to ensure buy-in for securing funding for the remainder of the project, since the local governmental entities have interests in seeing the project move forward.

“It appears that Desoto Parish will enhance the Stonewall-Frierson Road and Caddo Parish will upgrade Robson Road,” England said. “The area in-between is where the lion’s share of the $16 million will be spent.”

In order to help expedite the process, the Port has begun steps to initiate a traffic study to provide a traffic count and the basis for the design perimeters of the roadway. The Port has selected the engineering firm Neel-Schaffer to perform the traffic study.

The interesting element of process is that the ROD contains various completed studies, including the lengthy environmental study stage. Since that step is already completed, it paves the way for the project’s timeline to progress forward.

“What we believe, since there is already a ROD for SIU-15, which includes the service road, there won’t be a need to do a stage 1 environmental study. We’ve already got it,” England pointed out. “

A benefit of the service road would be that it provides direct interstate access for the Port and one more competitive advantage for a company to locate at a multi-model transportation facility with heavy industrial development.

“You’ll be able to join the ground transportation with the rail and the waterway, and just make this port even more competitive and more attractive to the types of industry we’re seeking to locate here,” England said.

Another benefit is that this would bring traffic relief on the existing roadway system in southeast Shreveport, mainly Flournoy Lucas Road, Bert Kouns Industrial Loop, and Youree Drive. England forecasted that drivers would see an immense change in traffic at the intersection of Flournoy Lucas and La. Hwy. 1.

“A large portion of our product that moves in and out of the Port is petroleum, and those are considered hazardous cargos. Flournoy Lucas has cargo prohibited, so all that traffic has to go to Bert Kouns,” England explained. “But this service road can bypass that whole path, so it’s going to be great for our customers’ transportation and great for local drivers.”

But a more far reaching benefit is that it shows Louisiana is serious about doing what it takes to get I-69 completed in the three planned segments that would run through northwest Louisiana, specifically SIU-14, from the Arkansas state line to Haughton, SIU-15, and SIU-16, from Stonewall to Tenaha, Texas.

These segments are the priority corridor outlined by the I-69 Coalition, but Texas is ignoring SIU-16 and instead upgrading U.S. Hwy. 59, which could end up being designated as the route for I-69, bypassing Louisiana and the local segments.

Bossier City Mayor Lo Walker, a prominent member of the I-69 Coalition, had previously told BIZ. that building an entire segment, specifically SIU-15, would keep Louisiana from being left out of the I-69 corridor.

“If we could come up with the construction money, we could build SIU-15 from Haughton through the Port, and that segment would be another bridge over the Red River, which would also provide us a tie-in to I-49,” Walker said last year.

England said he has talked with Mayor Walker, who is in favor of the service road, and believes a project in the future corridor would show commitment and activity towards keeping the priority corridor.

“Texas is moving ahead with its portions of I-69, so this will be an opportunity for Louisiana to stake its claim with a flag in the ground for I-69,” said England.

He said this project is an active one for the Port.

“We at the Port are doing everything that can be done to advance the project,” England pledged. “We’ve laid it out, and we know how long it’s going to take for each step.”

Construction could begin in the next three to five years.