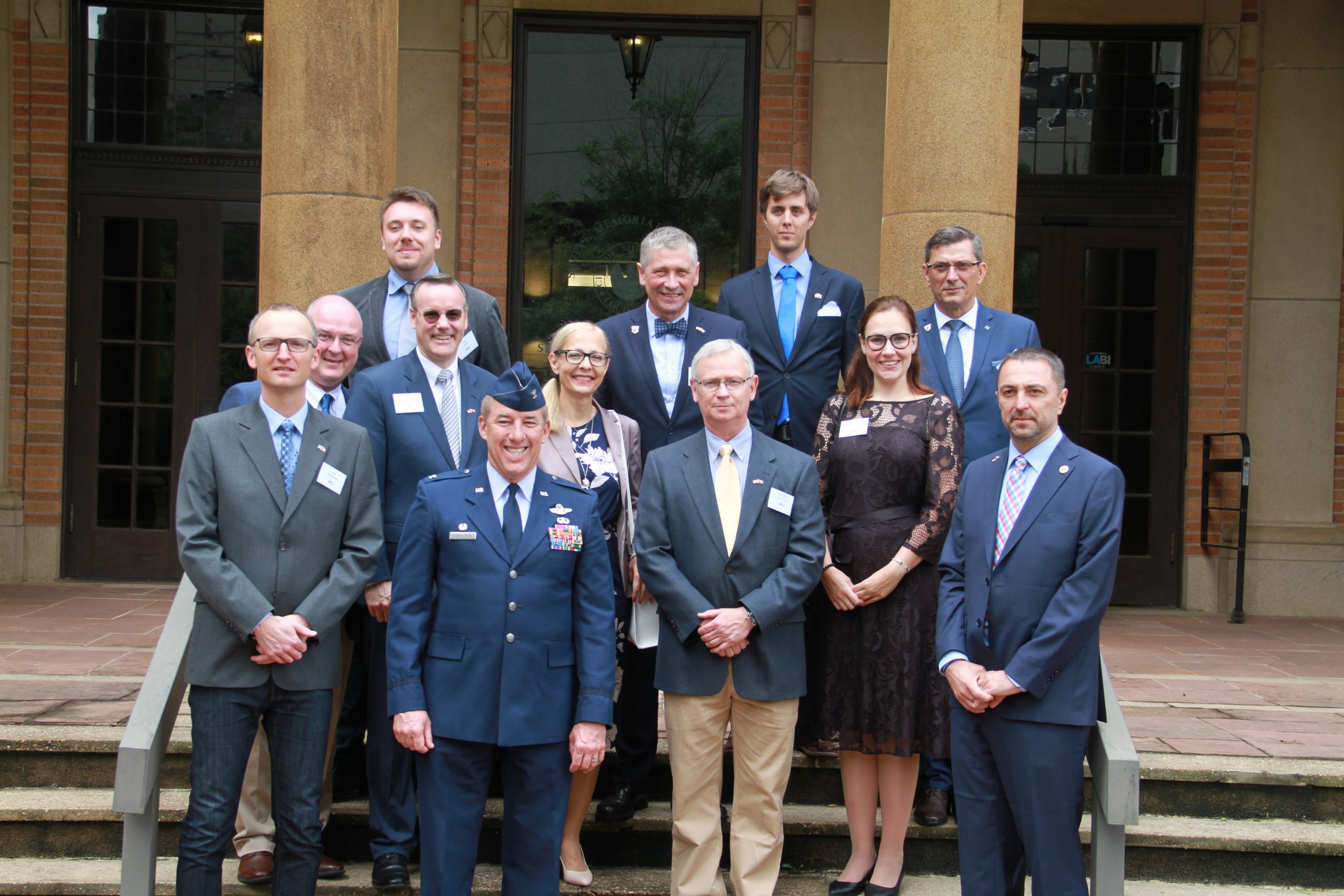 The Greater Shreveport Chamber of Commerce welcomed the Sister City Delegation from the City of Ostrava, Czech Republic on Monday, June 24, 2019.

The delegation included Mr. Ivo Vondrak, the Governor of Moravian-Silesian Region and his wife, the Deputy Chief of the General Staff, Armed Forces of the Czech Republic; the Deputy Mayor and Councilman of Ostrava, representatives from the NATO Information Center, the Globsec Institute and Jagello 2000 who coordinate and present the NATO Days International Airshow, toured Shreveport and Barksdale Air Force Base (BAFB).

Since 2009, members of the 307th and 2nd Bomb wings have flown a B-52 to the NATO Days Air Show in Ostrava, fostering Shreveport and Ostrava to become Sister Cities in 2015.

But the two cities have an unlikely and long-standing historical connection. On Aug. 29, 1944 a fleet of B-17 Flying Fortresses from the 2nd Bomb Group, the historic predecessors to Barksdale’s 307th and 2nd Bomb Wings, were lost on a bombing mission over Ostrava. Four of the downed crew were aided in their escape back to Allied lines by the citizens of Ostrava. To this day, B-17 crash sites are tended to by local Czech citizens as memorials to the sacrifices of American airmen on behalf of the Czech people.

In the fall of 2018, Greater Shreveport Chamber President Dr. Timothy Magner, accompanied representatives from the 307th BW to Ostrava as the first civic representative from Shreveport to visit.

“To accompany members of the 307th and 2nd Bomb Wings to the NATO Days Air Show is to have the honor of witnessing a tremendous example of the impact our local citizen airmen make around the world,” said Magner. “Shreveport and Ostrava have a shared history and much in common. We are delighted to welcome this high-level delegation to our community and look forward to continuing to grow our Sister City relationship.”

You can see a gallery of images below (all courtesy of the Greater Shreveport Chamber of Commerce):