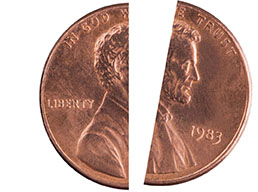 BATON ROUGE — The House Appropriations Committee on Monday advanced a proposal on a 12-5 vote along partisan lines that would phase out the portion of the state sales tax that the Legislature extended last year after nearly five months of partisan dispute.

Under this proposal, the state is projected to lose $392 million in revenues by 2024.

“This particular piece of legislation speaks to giving individuals and taxpayers some of the money back that we extract out of their pocket on a temporary basis,” Harris said.

“This bill eliminates and tries to roll back a hard-fought but well-supported compromise in which not everybody got what they wanted,” Block asserted. Keeping the compromise in place, Block added, would put the state “on a sound fiscal footing for the first time in a long time.”

The bill now heads to the full House for debate, but it is expected to meet resistance in the Senate, where Edwards has strong allies. However, the proposal by Harris, who is the Republican House leader, could assist his party in attacking Edwards’ tax policies and prepare the ground for more partisan debate on the issue next year.

Defending his bill before the House Appropriations Committee, Harris alluded to a barrage of revenue-raising measures by the Edwards administration during the past years.

Harris attributed the state’s surpluses to the past extensions of the sales tax, the elimination of tax exemptions, and the extension of the corporate tax to include more entities.

Rep. Walt Leger, D-New Orleans, argued that the state’s surplus and excess have been largely created by a change in corporate and personal income tax collections.

“There has not been more than expected collection as it relates to the sales tax,” Leger said.

The extension of the sales tax last year was a bipartisan compromise, the product of one regular and three special sessions and months of intense partisan conflict.

The tax was set in place as a temporary measure to secure the state’s financial stability and to give time to lawmakers to find more permanent solutions to the state’s recurrent budget issues.

Rep. Jack McFarland, R-Jonesboro, contended the Legislature does not “have to wait till next year” to do tax reform. He referred to two bills in this legislative session that would make structural changes Louisiana’s tax system.

“So I think if we pass this,” he said, referring to Harris’ sales tax proposal, “it also helps put the pressure on us to pass that type of tax reform,” McFarland said.

Other than partisan disagreement on the sales tax, the House and the Senate are divided on the education portion of the state’s budget proposed by the governor.

In alignment with Edwards’ proposal, the formula includes a $1,000 teacher pay raise, $500 raise for school support workers and $39 million in across-the-board funding for public schools, which amount to a total of $140 million in increases.

On the House side, Republicans push for a $1,200 teacher pay raise, a $600 support worker raise and no increase in across-the-board funding for school districts, which amount to a total of $122 million in increases.

The Senate-approved formula comes from Louisiana’s state education board. Lawmakers can accept or reject the formula, but they cannot amend it.

If the Legislature and the Board of Elementary and Secondary Education do not agree on the formula, the state would continue using the formula currently in place. In its current form, the formula does not include the teacher and support worker pay raises the Legislature wants, so they would have to be funded separately in the budget. This would make these raises non-permanent and could compromise their status in the future.