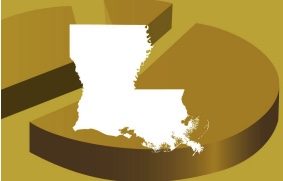 BATON ROUGE — A survey revealed that 76 percent of Louisiana residents support a program that expanded Medicaid among the working poor, but Republicans are more likely to be concerned about the potential cost of the program.

The Public Policy Research Lab at the LSU’s Manship School of Mass Communication conducted the survey of 917 adults across Louisiana.

Gov. John Bel Edwards, a Democrat, expanded Medicaid in 2016 to include people earning up to 38 percent above the poverty line, and that has added nearly 500,000 people to the rolls.

Edwards, who is running for re-election, cites the expansion as one of his main accomplishments.

But Republican gubernatorial candidates and lawmakers have complained that the program has not been as tightly managed as it should be. And even though the federal government now pays more than 90 more of the costs, they have expressed concerns about the future cost to the state.

While the survey showed that most citizens approved of the expansion, up to 55 percent were unsure that the state had even expanded Medicaid. Another 10 percent answered incorrectly that the program had not been expanded.

Eighty-three percent of Democrats, 73 percent of Independents and 57 percent of Republicans expressed favorable opinions of the policy, according to the survey.

However, when the costs of Medicaid were emphasized, fewer than half of Republicans supported it. The gap between Democratic and Republican approval then doubled in size, highlighting the partisan polarization throughout the state.

The survey also revealed that if federal funding were tossed out, 74 percent of Louisiana citizens would still support implementation of state programs, even if the cost of the insurance increased for healthy people.

Cost had no substantial effect on Democratic and Independent approval, yet the Republican approval numbers are driven down significantly when the cost is emphasized.

Repealing the Medicaid Expansion seems unlikely due to the large number of enrollees and the general bipartisan support. Governor John Bel Edwards has credited the expansion with reducing Louisiana’s uninsured rate to 8.4 percent, below the national average of 12.2 percent.

Surveys released earlier this month by the LSU research lab covered citizens’ beliefs on other topics that will come up throughout the legislative sessions this year.

The first report showed that 47 percent of people feel the state is heading in the right direction, up from 39 percent one year ago. The surveys also found bipartisan support for raising the minimum wage and teachers’ salaries. Again, questions about financing those policies increased the partisan disparity in approval percentages.