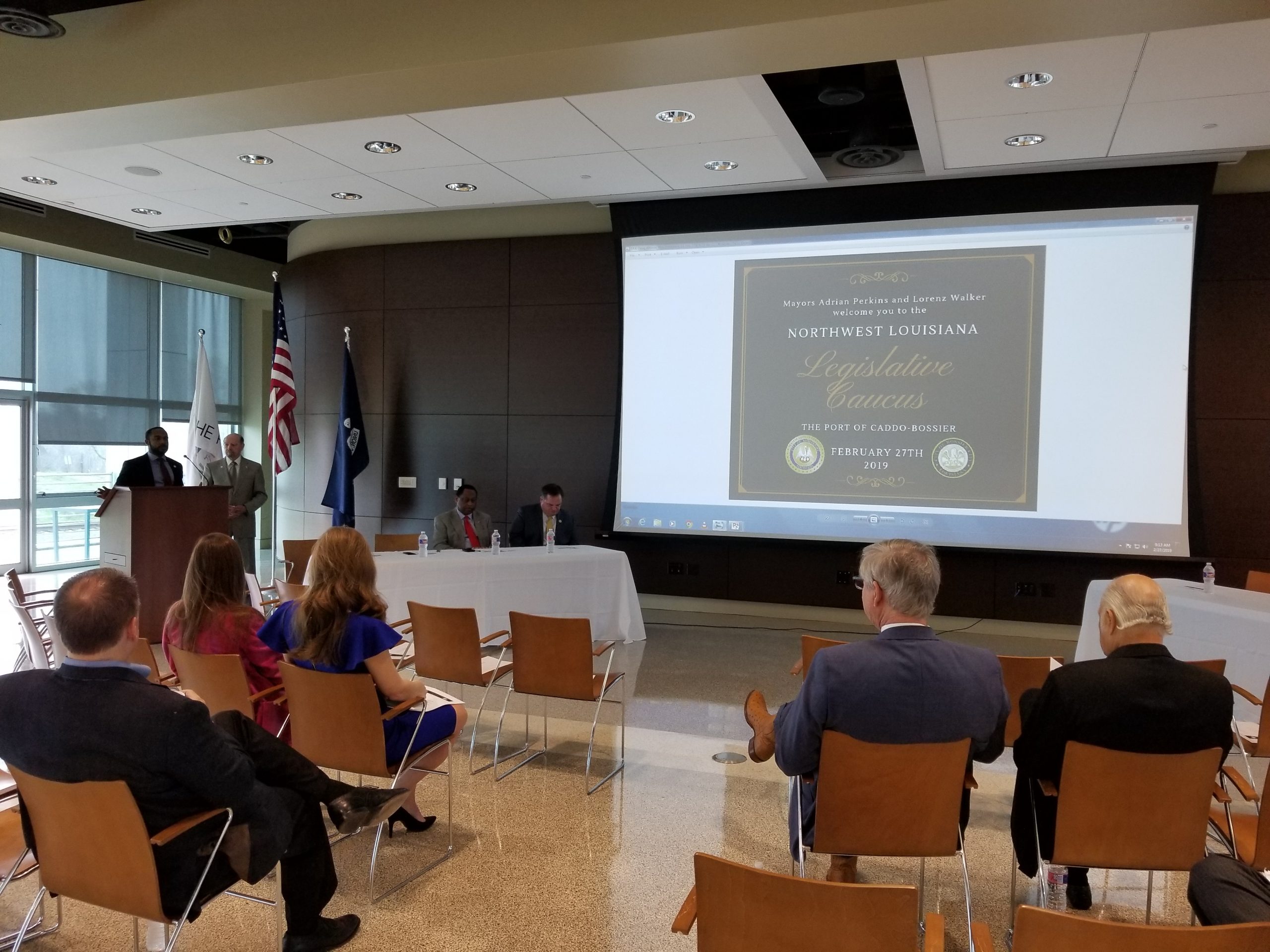 The mayors and state legislators from Northwest Louisiana discussed unified objectives for the Louisiana Legislature’s upcoming regular session in April. Senator Ryan Gatti (R) and Representative Sam Jenkins (D) facilitated the meeting. The majority of the Caddo-Bossier caucus was in attendance.

The priorities included progress of the I-69 corridor, the Jimmie Davis Bridge (LA 511), and flooding on the Red River. David North with Louisiana DOTD District 4 and Ali Mustapha of the Caddo Levee District provided updates on the status of the ongoing projects. They also discussed options that would enhance public safety, road infrastructure, and economic growth for both cities and the region.

“Mayor Walker and I joined with state legislators so that Northwest Louisiana could speak with one voice in Baton Rouge,” said Mayor Perkins.