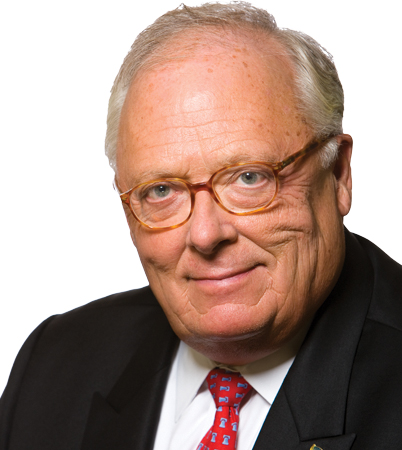 Getting dumped is never fun, but when it happens on Valentine’s Day? That really twists the knife.

Case in point: Amazon, which announced on Feb. 14 that it had rejected one of the most ardent suitors for its much-ballyhooed “H2Q” site — New York City.

It’s a shame the mayor can’t see the real lesson here: Crony capitalism is bad policy. Sweetheart deals for a select few, especially if they adhere to a politically correct agenda, isn’t just morally wrong. In the long run, it’s a losing strategy.

“Employers want to set up shop in places where they can grow and succeed,” writes budget expert Rachel Greszler. “The best environment for that is a level playing field with minimal government interference and low, broad-based taxes — not picking winners and losers through special-interest subsidies.”

New York City doesn’t have anything remotely approaching a level playing field. Even a fat tax-break package can’t make up for:

Why blast Amazon for realizing that it wouldn’t pay, quite literally, to build its new headquarters in New York? This isn’t a case of some mean ol’ one-percenters leaving the city in a lurch. New York did this to itself.

And if it doubts that, then why is Virginia still in the running for the big H2Q project? The payout the Old Dominion has offered Amazon is smaller than the one the Big Apple held out. But on “Rich States, Poor States,” the ALEC-Laffer State Economic Competitiveness Index, New York ranks dead last in the overall economic outlook, while Virginia ranks among the top 10.

Amazon isn’t the only company wary of locating in New York. Many other individuals, families and businesses are fleeing the state as well — ones who don’t remotely qualify as the hated “1 percent” — and they’re taking their income and tax revenues with them.

How bad is it? Between 1997 and 2016, every dollar of income that left New York was replaced by only 71 cents coming in. No state can sustain that if it hopes to grow.

What states need to do, in short, is stop meddling. Rather than pick winners and losers (which would be a mistake even if it were qualified to do so), it should create a low-tax, low-regulation environment where all businesses, big and small, can compete fairly for its share of the economic pie.

No one can blame Mr. de Blasio for lamenting the jobs that won’t be created as a result of Amazon spurning New York City’s offer. But this isn’t “an example of an abuse of corporate power,” as Mr. de Blasio called it. It’s the inevitable result of a bad business environment. And it certainly shows the folly of relying on crony capitalism to attract companies to your playing field.

The sooner you level that field, Mr. Mayor, the better off you’ll be. Cut taxes, reduce regulations and do whatever else you can to make your city a more attractive suitor.

Amazon isn’t the villain here. Your economic policies are.

Edwin Feulner is founder of the Heritage Foundation,