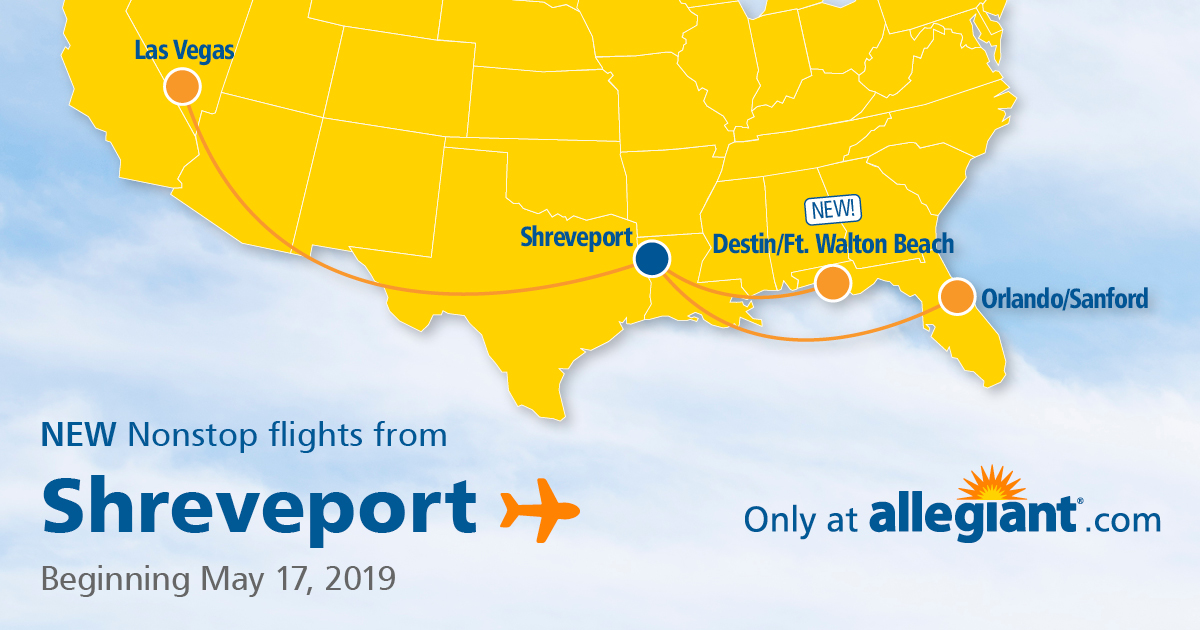 Allegiant will operate the twice-weekly flights with their new 156-seat Airbus aircraft. Flights will operate on Mondays and Fridays. The seasonal service is currently scheduled through Monday, September 2, 2019. This is the eighth non-stop route offered from Shreveport. Tickets are available now at AllegiantAir.com.

“This announcement is great news for local families looking for affordable travel to prime vacation spots,” said Mayor Adrian Perkins. “I am appreciative of our airport’s ongoing efforts to expand the number available non-stop routes. I have big plans for Shreveport Regional. Hopefully, this is the first of several new destinations to be added,” he concluded.

“Airport staff has been working on adding this city since 2016 when it became a destination on Allegiant’s route map. We now need to residents of the Ark-La-Tex to support this new flight and fill these seats to Florida,” said
Tom Jones, Interim Director of Airports for the Shreveport Airport Authority.

Shreveport Regional Airport previously had non-stop service to Destin on the now-defunct Vision Airlines in 2011, which was wildly popular locally. Flights were routinely sold out.

The new route is being supported with funds from the Ark-La-Tex Regional Air Service Alliance, a local organization who’s mission is to increase air service from Shreveport.