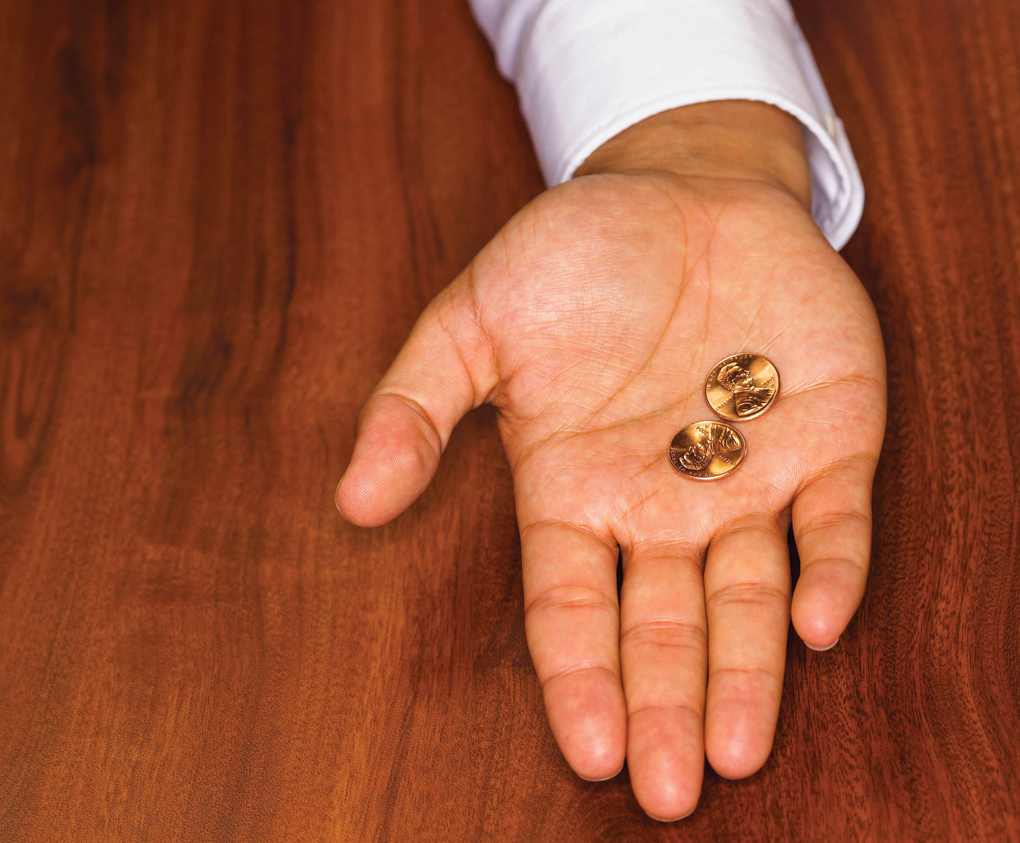 New research shows that in Louisiana, 828,255 households — 48 percent — could not afford basic needs such as housing, child care, food, transportation, health care, and technology in 2016.

The data comes via the ALICE Report for Louisiana released Tuesday by the Louisiana Association of United Ways, in partnership with Louisiana United Ways. In Northwest Louisiana, 28 percent of households are ALICE and 23 percent live in poverty as defined by the Federal Poverty guidelines.

The original ALICE Report Update for Louisiana was released in January 2016, with an additional update released in 2017. The new report advances that information by two years, updating data sources from 2014 to 2016. ALICE, which stands for Asset Limited, Income Constrained, Employed, places a spotlight on a large population of hardworking residents who work at low-paying jobs, have little or no savings, and are one emergency from falling into poverty.

“More than half of people living in Northwest Louisiana are in poverty or considered ALICE, which is above the state average,” said Dr. Bruce Willson, UWNWLA President/CEO. “Our hardworking families are faced with challenges and financial hardship because they can’t afford their basic needs. That’s why this updated ALICE report is a crucial tool to gauge where the work and services are needed most.”

The ALICE Report is the most comprehensive depiction of financial need in the state to date, using data from a variety of sources, including the U.S. Census. The report includes measures, based on present-day income levels and expenses that show how many Louisiana workers are struggling financially, and why.

“There are so many Louisiana families walking their personal economic tight ropes with courage, grit and hope,” said Sarah Berthelot, President/CEO of Louisiana Association of United Ways. “However, without the ability to get ahead, they are vulnerable — one setback, one illness, one natural disaster or even one car repair can take away any and all security ALICE has worked to sustain. Until the arrival of the ALICE Project in Louisiana, these hardworking Louisianans were an invisible group.” 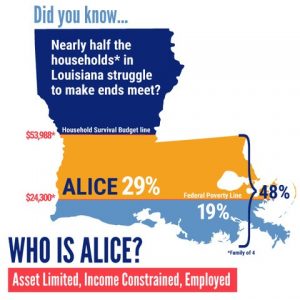 United Way of Northwest Louisiana operates a dozen programs in-house to improve ALICE families and individuals in the areas of health, education, financial stability and essential needs. The agency helps families save money on prescription medications through FamilyWize, issues free books monthly to children under five through Imagination Library, offers a confidential 24/7 help line to get connected to local and government resources known as 2-1-1, and offers tools to become more financially stable.

“Our financial stability efforts are critical components to better serve ALICE in our local communities,’ said Rashida Dawson, UWNWLA Vice President of Financial Stability. “We’ve done that by offering free tax preparation services, education on the eligibility requirements for the earned income tax credit (EITC), free financial counseling and connecting residents to safe and affordable bank accounts through the Bank On Northwest Louisiana initiative. In return, these programs have saved residents $579,600 in tax preparation fees and resulted over $4 million in federal refunds in 2018. Additionally, more than 4,000 residents have opened a safe and affordable bank account with local banks and credit unions since the program’s inception.”

The 240-page updated ALICE Report for Louisiana reveals many points of data, including:

A copy of the report and parish-by-parish/town-level data on the size and demographics of ALICE, as well as the community conditions and costs faced by ALICE households, is live and available at https://bit.ly/2SHGjgL.