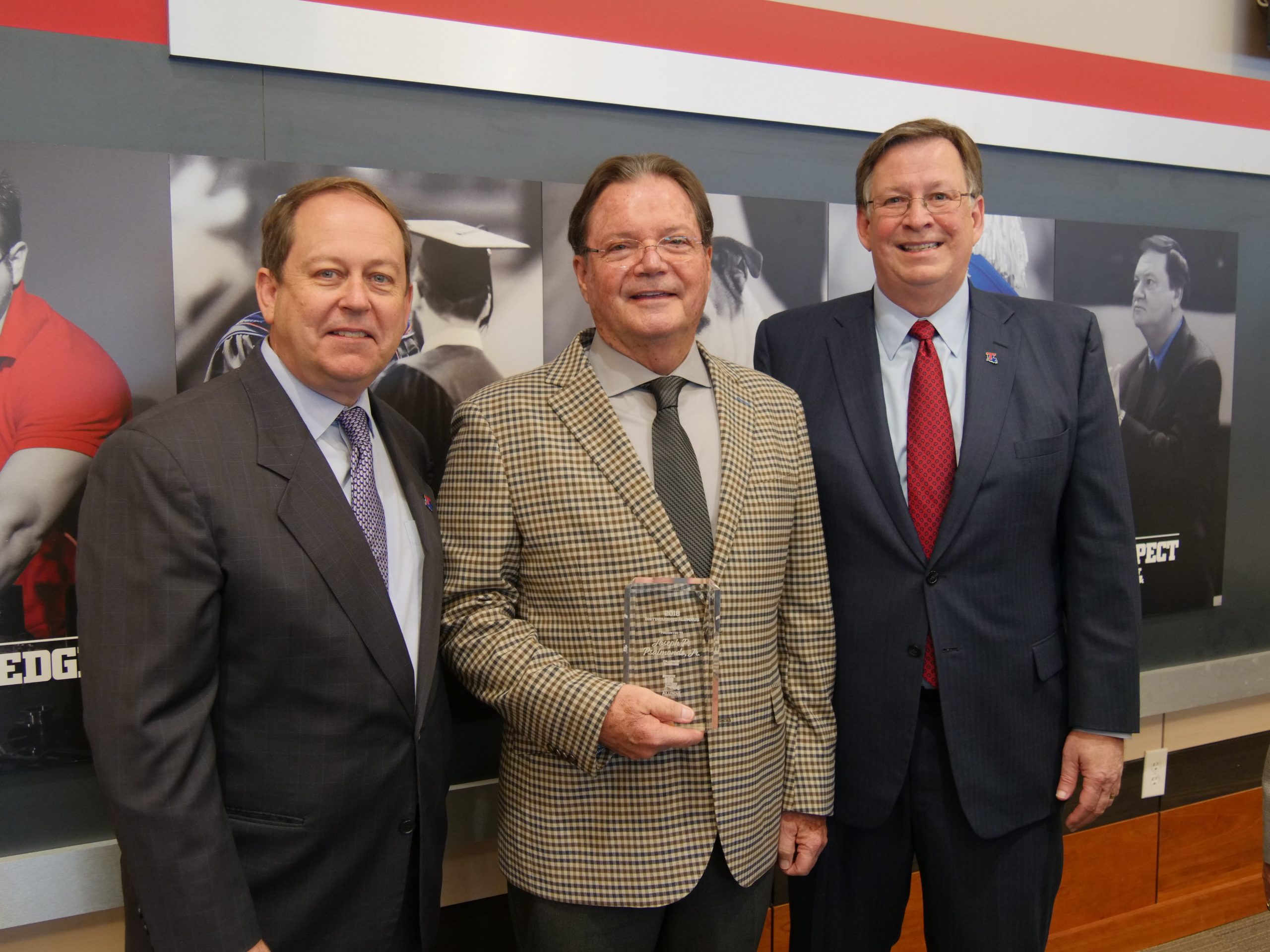 Joseph B. Psalmonds, Jr., ’73, founder and president of JPJ Investments, has been named Louisiana Tech University’s 2018 College of Business Alumnus of the Year. He was honored alongside fellow distinguished alumni at the Louisiana Tech Alumni Association’s annual Alumni Awards Luncheon Oct. 19.Joe Psalmonds

“We are thrilled to honor Joe’s achievements, generosity, and dedication to the College of Business,” said Dr. Chris Martin, dean of the College of Business. “Over the years, he has been one of our biggest supporters — from providing our students with internship and job opportunities to being a founding member of the Dean’s Advisory Board. I am grateful for everything he and his wife, Angie, have done.”

Psalmonds came to Louisiana Tech University on the GI Bill after serving in the U.S. Air Force. The aerial gunner flew 300 missions in Vietnam on an AC119G gunship and received the Distinguished Flying Cross and 10 awards of the Air Medal.

He earned a bachelor degree in business administration in 1973 from Louisiana Tech and went on to graduate from U.S. Air Force Pilot School in 1975. Stationed at Barksdale Air Force Base in Bossier City, La., Psalmonds flew long-range B-52s.

In 1984, Psalmonds founded JPJ Investments, a professional firm in Shreveport, La., specializing in financial services, retirement, and estate planning. He graduated from the College of Financial Planning in Denver, Colo., in 1989, and is a Certified Financial Planner as well as a life member of the Million Dollar Round Table.

Psalmonds is active in the community, with previous service as chair of the Greater Shreveport Economic Foundation, vice president of the Shreveport Chamber of Commerce, past president of the Caddo Parish School Board, chair of the YMCA, board member of the Strand Theatre, member of the Caddo Industrial Development Bond Board, and elder at Yellowpine Christian Church in Sibley, La. In 1995, he was recognized as Volunteer Leader of the Year by the Louisiana Industrial Development Executives Association.

He resides in Shreveport with his wife, Angie, and has three children and nine grandchildren.