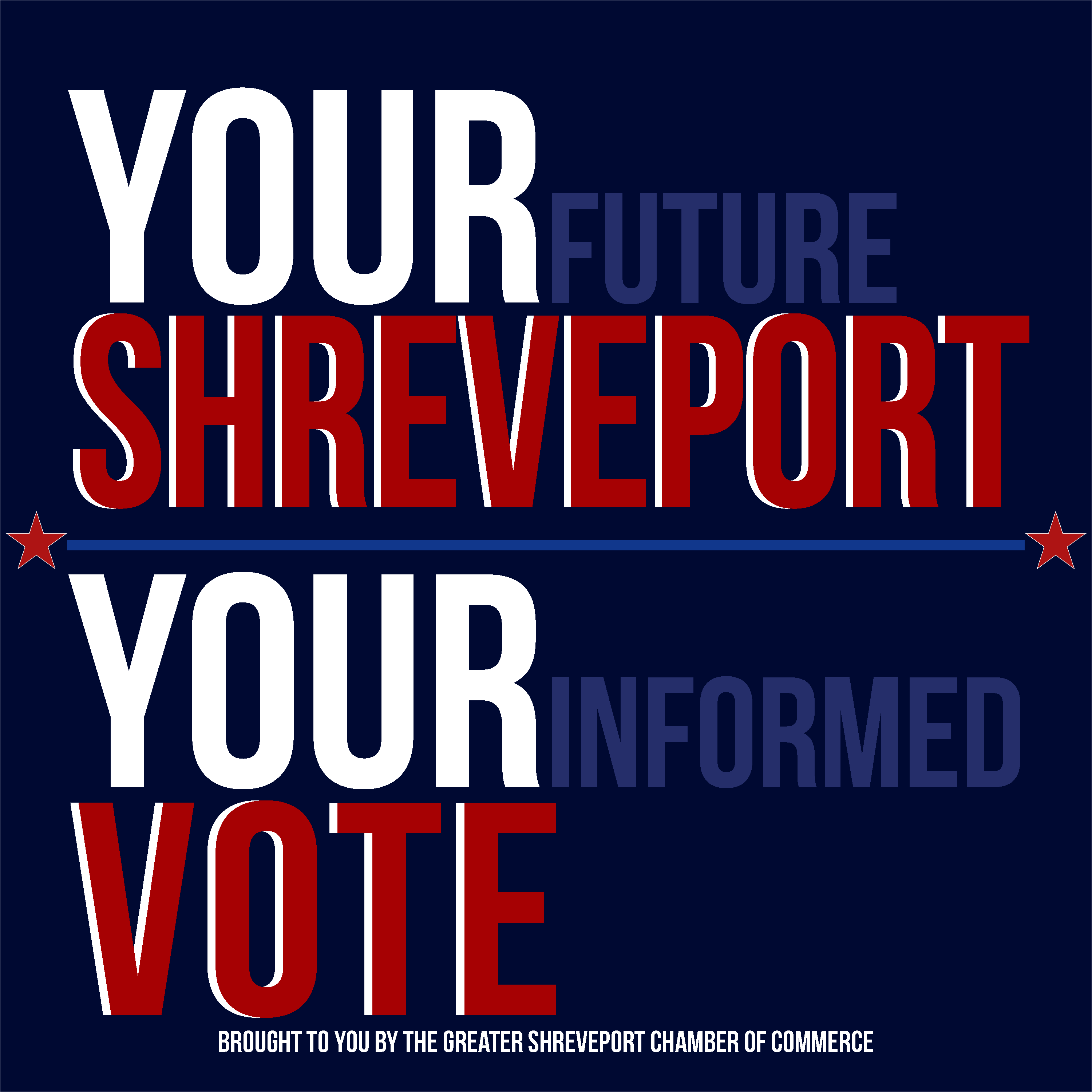 The Greater Shreveport Chamber of Commerce prioritizes advocacy initiatives at all levels of government, including local elections. With that in mind, we’ve launched our “Your Shreveport. Your Vote.” initiative in an effort to help area voters make informed decisions before heading to the polls November 6th.

All candidates who are running opposed in their respective races were invited via mail at the address they have on file with the Secretary of State. Not all candidates participated, but all were invited.

Consider this your official invitation to attend one, two or all three forums if you’d like. Registration is free but required as seating is extremely limited. If you, a coworker or family member is interested in attending, you can register online at http://web.shreveportchamber.org/events/Your-Shreveport-Your-Vote-2018-Mayoral-Forums-506/details. Registration ends Friday.

Feel free to share this information or email with whomever you like. The more informed voters we have at the polls next month, the better!