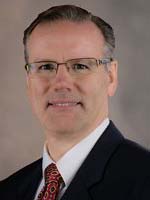 On August 29, 1944, a fleet of bombers from the 20th, 49th, 96th and 429th Squadrons of the 2nd Bomb Group took off on Mission 263 to bomb Privoser Oil Refinery in Moravska Ostrava in German occupied Czechoslovakia.  Ten of those planes never returned and 40 of their crew paid the ultimate price. Forty-six more were captured and spent the balance of the war as POW’s. Four airmen, however, were able to evade capture and with the help of friendly Czech citizens, were able to return to allied lines to continue the fight.

In 2010, unaware of the region’s history, Col Joe Jones from the 93rd Bomb Squadron of the 307th Bomb Wing piloted a Barksdale-based B-52 and landed at the Ostrava-Mosnov airport. The Ostrava-Mosnov airport had been expanded an outfitted during the 1980s as a base for Russian Bombers, but Col. Jones’ American B-52 was the first bomber to actually land at the former air base.  Col. Jones and his crew were members of the first contingent of Barksdale flyers to visit Ostrava, and Barksdale crews from the 307th bomb wing have participated in the NATO Days Air Shows ever since.

In the intervening years, through discussions with their hosts, Col. Jones discovered the history of Mission 263 and recognized that the 2nd Bomb wing, the 307th’s active duty partner, is the direct descendant of the air crews who were shot down over Ostrava more than 80 years ago. This link to the 2nd Bomb Wing’s heritage and the historical connection with Barksdale and our community has deepened the links between the Barksdale airmen and the people of Ostrava.

Members of a local Czech 263 Society have been care takers of the graves and crash sites and each year 307th airmen visit and pay their respects at crash and grave sites, once again uniting our nations in honoring the sacrifices that freedom requires.

Further deepening the ties, in 2012 Col. Jones and Lt. Col Dave Webb proposed and in 2015 a Sister City relationship was established between Shreveport and Ostrava, now the regional capitol of the Moravia-Silesian region.  This year, I was able to attend the NATO Days air shows and bring greetings and a proclamation from Mayor Tyler to the Lord Mayor of Ostrava. Taking another step in building our relationship.

But it was seeing the actions and responses to our airmen that had the most profound impact on me.

While we in Shreveport often speak highly of our airmen and their service, we rarely get to see them performing their critical role as our nation’s ambassadors of good will.

I was privileged to get to witness our airmen’s interactions with the literally hundreds of thousands of attendees at the NATO Days Air Show and at the school visits and public venues that preceded it. To a person, each airmen played an important public role, interacting positively, answering questions, and taking pictures with children and adults alike. They represented our country, city and state admirably, projecting not just military might, but truly a force for good in the world.

The 307th is a Reserve Wing of the Air Force, meaning that many of the airmen leave full time civilian employment to serve part time in the military.  They, along with the members of the National Guard are truly citizen soldiers and serve bravely alongside their active duty brethren.

To be in a former Eastern Block nation, on the grounds of a former Russian air base, with military assets from a dozen NATO countries, seeing representatives of our US Air Force, Army and Marines, making friends out of former enemies half a world away was humbling.  That our citizen airmen from Barksdale led the way and by their actions truly exemplify the best our nation has to offer, should, once again, make us all proud.

Dr. Tim Magner is President of the Greater Shreveport Chamber of Commerce