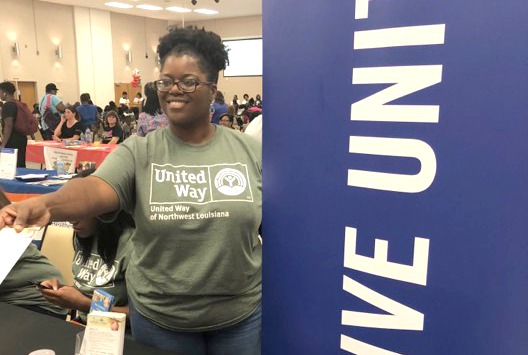 In this role, Thomas will lead the resource development team to fundraise and grow relationships in the ten-parish region UWNWLA serves.

Thomas, a Shreveport native, brings a diverse background of nonprofit leadership including work in foundations and grant making organizations, fundraising, program development and management. She holds a Bachelor of Science in Mathematics from Northwestern State University and has served in many charitable affiliations including Shreveport Green and leadership roles as the Executive Director of Dress for Success New Orleans.

“We are pleased to have someone serve our organization with this level of skill and experience,” said Dr. Bruce Willson, president and CEO of UWNWLA. “We’re confident Tori will help our organization move forward into new territory and reaching new goals.”

The addition of Thomas comes to helm at the beginning of United Way NWLA’s fundraising season. Each year, United Way of Northwest Louisiana fundraises in various workplaces throughout their ten-parish footprint. The first big task Thomas will lead is the annual Workplace Campaign Kickoff in September featuring guest speaker Lisa Bowman from United Way Worldwide. This event is the official start of the 2018-2019 fundraising year, ending in March.

This event will also mark the end of the pre-fundraising season by honoring the companies who ran their fundraising campaigns early. They will be recognized with an award as a thank you for contributing to the $700,000 goal raised between June 1 and August 31. These companies, known as Pacesetters, receive advertising benefits and complimentary United Way event tickets amongst other incentives.