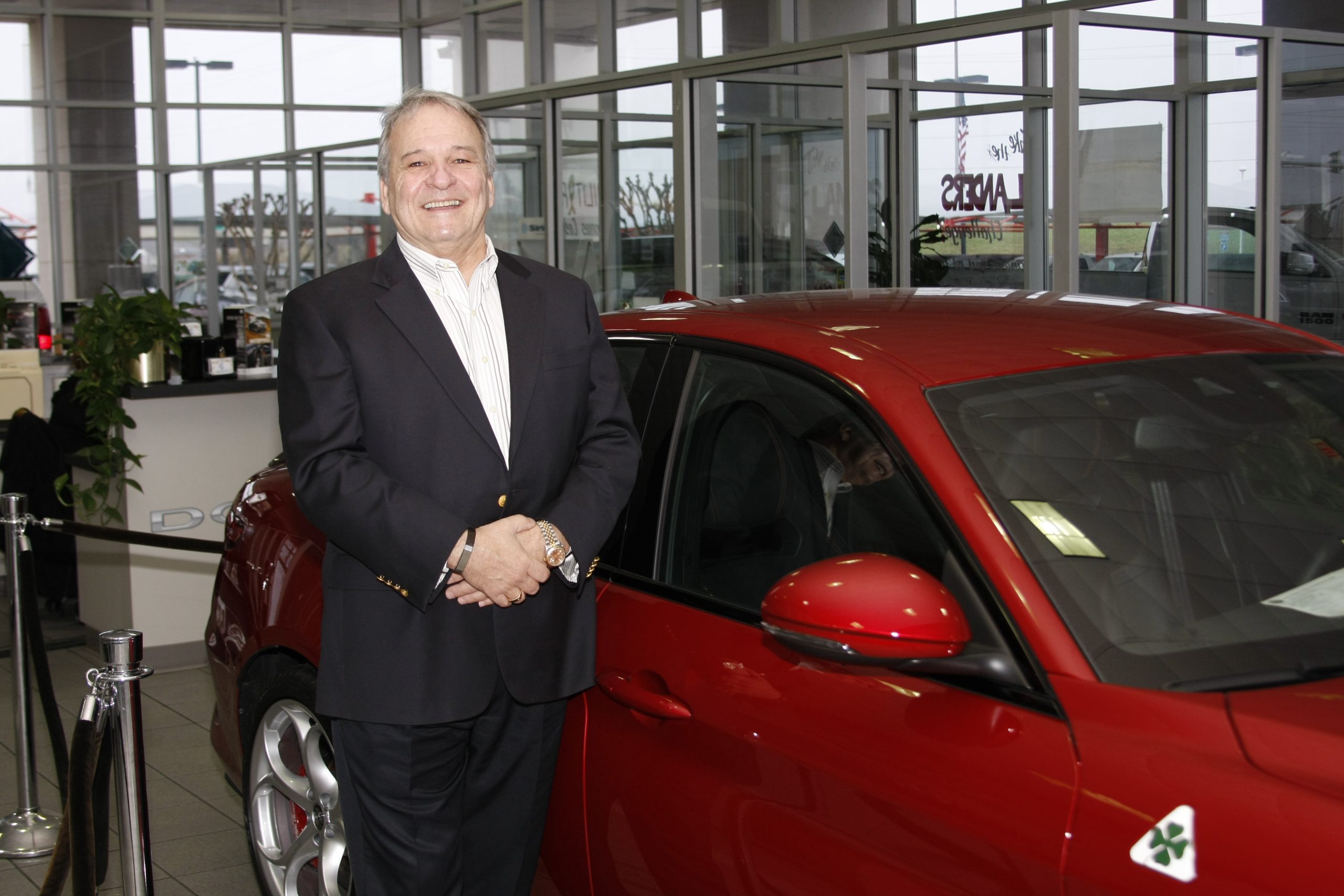 BATON ROUGE – The Louisiana Automobile Dealers Association (LADA) honored Denny Rogers with the 2018 Louisiana Dealer of the Year Award.
He was recognized during the 80th Annual Convention Banquet held on June 16, 2018 at the Hyatt Regency Lake Tahoe Resort Spa & Casino in Incline Village, Nevada.
Rogers is Managing Partner of Landers Chrysler, Dodge, Jeep Ram and Landers Alfa Romeo FIAT in Bossier City.  He began his career in 1982 in Lafayette as a salesman.  He has received many awards and distinctions including number one sales volume awards for the State of Louisiana amongst FCA Dealers along with coveted Customer Satisfaction Awards including Five Star, Elite Five Star, Gold Level Dealer Standards and most recently he has been validated for the JD Powers Customer First Award for Excellence.  In 2017 his team received the Mark of Distinction recognition for Customer First Award for Excellence.
“Denny is a well-respected and successful businessman,” says Mark A. Hebert, Sr., LADA Immediate Past Chairman.  “He has worked his way from the ground up, is a family man as well as an integral part of his community; a great example to all dealers in the state and very deserving of this prestigious award.” 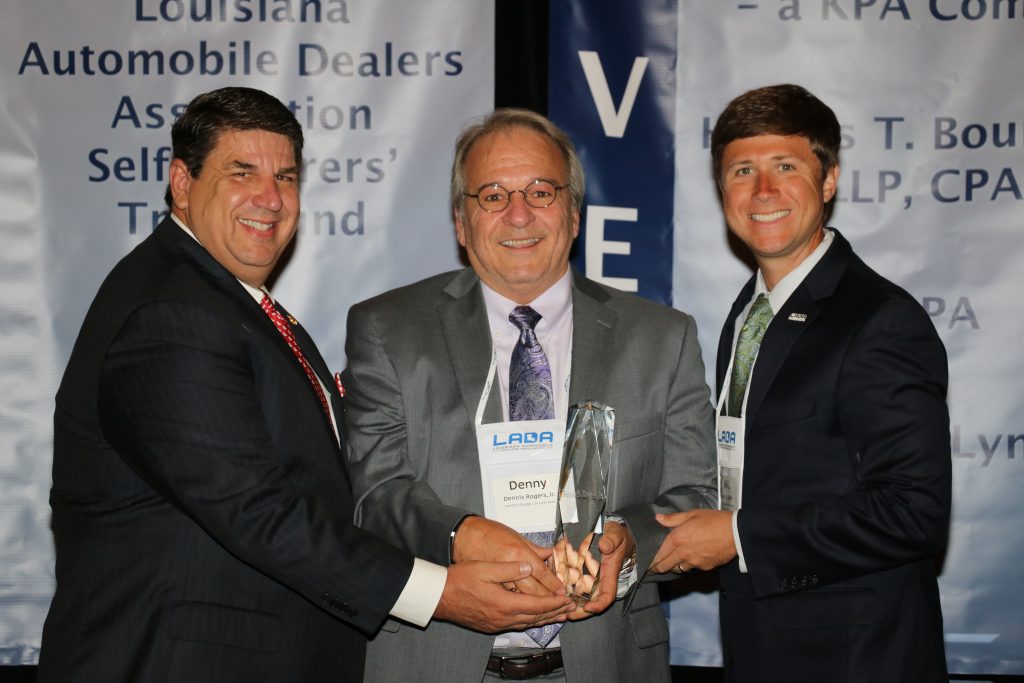 Rogers is a member of the Greater Shreveport Chamber of Commerce, the Bossier City Chamber of Commerce where he was awarded Business of the Year in 2010, the National Automobile Dealers Association, the Louisiana Automobile Dealers Association, and the Shreveport/Bossier City New Car Dealers Association.  He is currently serving his second term as President of the Shreveport/Bossier City New Car Dealers Association and is currently serving as National Dealer Council Chairman for FCA Dealers. In 1999, Rogers formed a recognition program for student athletes that not only excelled in sports but showed academic and leadership qualities that included involvement in local community and/or church organizations.  Over the past 19 years he has recognized over 900 students through The Athlete of the Week program.  He is a member of Renee’s Run LLC, a nonprofit formed in memory of his late wife, Renee Rogers, that raises money for the Pancreatic Cancer Action Network (PANCAN) which has raised over $175,000 in the last 4 years.
The Louisiana Dealer of the year is the most prestigious award LADA bestows because nominations come directly from the dealer body and is based on the dealer’s business success and civic involvement in the community.  Rogers will represent Louisiana at the National Automobile Dealers Association Convention in spring of 2019 as LADA’s nomination for TIME Dealer of the Year.

BPCC to receive $500K from LHC for healthcare