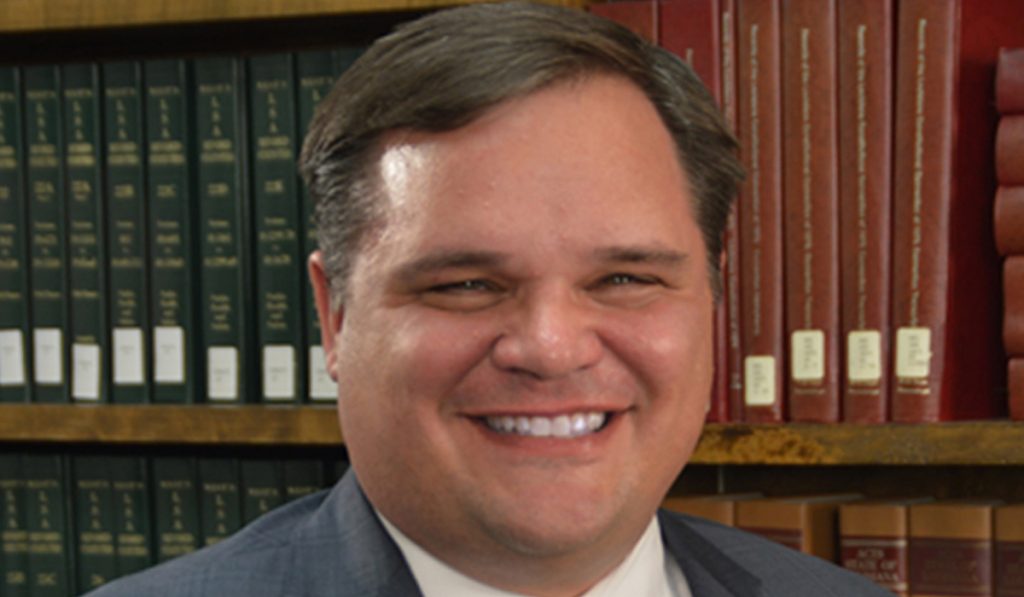 A movement is growing across the nation to rebuild our aging roads and bridges.  Serious conversations of over a trillion dollars in federal money over the next ten years. President Trump made this promise when he was a candidate and this program is gaining momentum across the nation. Anyone traveling Louisiana’s roads and bridges doesn’t need to be told our system is in a steep decline. Our system deficits in structure and function are obvious to out of town guests and longtime citizens. These long overdue repairs are necessary.

Trump’s plan calls for heavy investments by state and local governments for most of the infrastructure spending. It seems to favor those states who have invested recently with streams of revenue dedicated to roads and bridges.  States who want to leverage their infrastructure investments are developing streams of revenue to match the requirements of this upcoming program.  States that can’t or won’t invest in this partnership will be left out on the front-end matching funds, but they will be responsible for paying off this new national debt. Being left out is an indefensible position.  It’s an issue all state legislatures must address, sooner rather than later.

Public distrust was evident last year.  The voters instructed the state government to spend transportation taxes on roads and bridges.  This measure passed the legislature overwhelmingly and many saw it as a first step in regaining the public trust over wasting transportation dollars.  In October 2017 a Constitutional Amendment was passed by voters concerning any new fuel taxes.  The fund and its restrictions were set up before any revenue was allocated- this in an of itself of evidence of the distrust of government.

The measure required that money in the Construction Subfund be used by the state and local governments for constructing and maintaining transportation infrastructure projects. The new law prohibited money in the Subfund from being used to pay employee wages and retirement benefits. The public spoke loudly by passing this measure that they are fed up with transportation taxes not being used to fix or build new roads and bridges.  Anyone surprised by this vote has been living under a rock.  Raiding transportation funds for other programs must come to a stop.  It was also a clear signal that a “trust but verify” relationship is emerging. Many legislators ran on fixing roads, but public trust must be restored first.  This amendment wasn’t the entire solution, but it was a clear first step to address the long-term problems of public distrust of government and government’s limited role that includes road and bridge repairs. 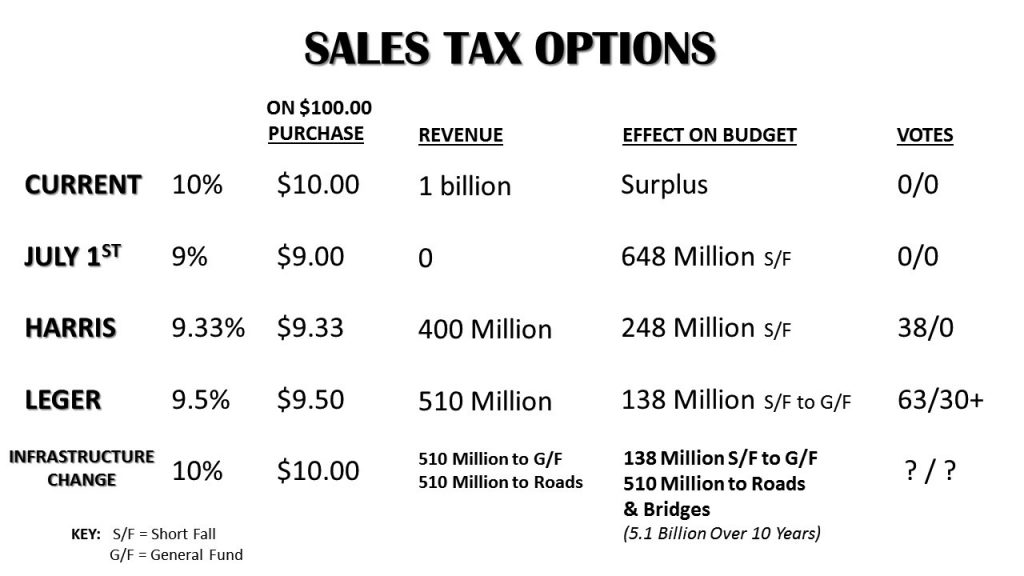 While other states are addressing infrastructure needs, Louisiana has been in a “no holds barred” fight over fractions of pennies.  My fear is we will be in the indefensible position of helping payoff the Trump infrastructure plan while not receiving one yard of concrete from the plan.  Our ship for roads and bridges is finally coming in, but we will be at the airport fighting over fractions of pennies.  We have no plan to make a meaningful leverage of funds for Trump’s infrastructure plan.  In fact, we have passed no meaningful roads and bridge measures in over 30 years.

While the political debate is heated and confusing, we only have five choices in the third special session.  Most likely only two could receive the super majority needed for enough legislators to hold their nose and vote.

The first option is to renew the entire penny.  This would fund the $648 million-dollar budget shortfall created by the lapse of the penny and create an approximately $352 million-dollar surplus.  This would receive very few if any votes in either the House or the Senate.  This option is dead.

The second option is to filibuster or pass nothing.  This would result in the temporary one penny sales tax stopping on July 1, 2018.  The result would be a projected $648 million-dollar short fall and cuts to non-protected budget items and some protected.  Deep cuts across the board would be implemented and the usual scapegoats would be slaughtered- Higher Education, Healthcare, TOPS, Family and Children Services, Department of Corrections, Services for the Disabled, etc.  This option doesn’t need votes; it just needs one person to take the microphone and filibuster all other ideas.

This option is highly unlikely.

A third option was presented by Rep. Lance Harris who heads the Republican delegation in the State House in HB 27.  This option requested the renewal of a 1/3 penny sales tax.  The result on the consumer would be a thirty-three-cent increase in sales tax on a $100.00 purchase. This measure would raise $395 million in new taxes and would result in a $253 million dollar underfunding of the budget passed by the legislature.  This underfunding if not addressed with revenue ahead of time, will become a mid-year cut after the budget starts on July 1.  A quarter of a billion dollars in foreseeable midyear cuts is not a good message.  Foreseeable midyear cuts should be a thing of the past.  The fact that the head of the party in the House acknowledged a shortfall between the budget and projected revenue was a wakeup call to me personally.  Most think this option would fall well short in the Senate of the 2/3 vote needed.  Additionally, this option only received 38 votes in the House with 66 voting against it.  The measure needed 70 house votes to pass.

The fourth option was outlined in Rep. Leger’s bill from the second special session HB 17.  This option requested the renewal of ½ penny sales tax.  The result to the consumer would be 50 cents increase in new taxes on a $100.00 purchase.  The measure would raise $510 million in new taxes and would result in a $138 million dollar underfunding of the budget passed by the legislature.  This bill received 32 votes for and 6 votes against in the Senate.  In the House, this measure received 63 votes for and 41 against.  The measure failed in the house because it needed 70 votes.

A fifth option address the shortfall and our need to address roads and bridges.  This measure would renew the 1 penny sales tax allocating ½ to the general fund and ½ to roads and bridges.  The ½ to the general fund would still result in the $138 million-dollar shortfall addressed under option four above, but it clearly shows our state’s willingness to participate in the Trump road and bridge program.  This option would provide $510 million dollars a year for over 10 years to address road and bridge repair, preservation, and construction.  The sub account would have the same restrictions as the constitutional amendment.  The fund would be reviewed quarterly by the Joint Legislative Budget and would be the first account to transition to the Louisiana Checkbook recently passed into law.

This option, coupled with new transparency measures, would not only help us move forward in repairing the public trust and repairing our roads and bridges, but also provide a permanent stable solution to our budget problem, our general fund problem, and our infrastructure neglect.