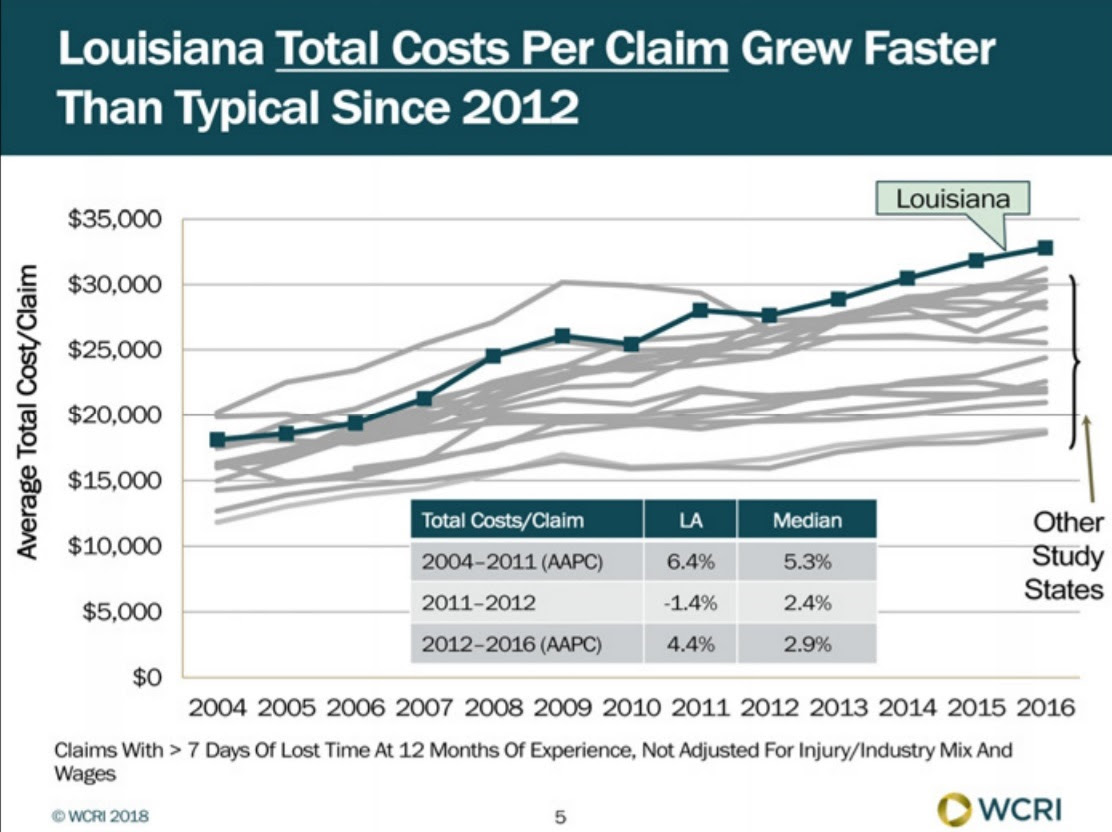 Workers’ compensation total costs per claim in Louisiana were the highest in a recent study of 18 states, according to a study conducted by the Workers Compensation Research Institute (WCRI).

“Total costs per claim with more than seven days of lost time were higher in Louisiana than other study states and also growing faster than many states,” said Ramona Tanabe, WCRI’s executive vice president and counsel.

“The 4.4 percent annual growth rate in Louisiana from 2012 to 2016 for claims at 12 months of experience was faster than the rate in the median state at 2.9 percent per year,” said Tanabe.

Growth in indemnity and medical costs both drove the increase in Louisiana’s average total cost per workers’ compensation claim from 2011 to 2014 for claims at 36 months of experience, accounting for fairly similar shares of the growth, at 40 percent and 37 percent, respectively.

For the study, WCRI analyzed workers’ compensation claims with experience through 2017 for injuries up to and including 2016, and, in some cases, a longer time frame was used to supply historical context.

The following are among the study’s other findings:

For more information or to purchase a copy of this report, visit https://www.wcrinet.org/reports/compscope-benchmarks-for-louisiana-18th-edition.

The Workers Compensation Research Institute (WCRI) is an independent, not-for-profit research organization based in Cambridge, Ma.