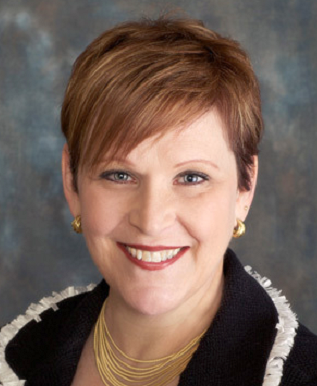 “We are extremely appreciative of Venita’s hard work, dedicated service and significant accomplishments on behalf of SWEPCO, AEP and Central and Southwest (CSW) over the last three decades. We wish her the very best in retirement,” said Nicholas K. Akins, AEP chairman, president and chief executive officer.

McCellon-Allen spent 30 years with AEP, including 13 with various AEP subsidiaries and 17 years at CSW. She began her career in 1983 as a communications representative, then was promoted into the customer service organization. She was named Central Division Manager (current Texarkana District) in 1994, at the age of 34.

McCellon-Allen was promoted to vice president at CSW in 1995. During her executive career at CSW, she led corporate human resources, customer service and strategy. She worked as part of the strategy team for the AEP and CSW merger and led CSW’s role on the Merger Transition Management Team, which was charged with merging work processes, operations and organizations.

Immediately following the merger, McCellon-Allen worked from 2000 to 2004 as Senior Vice President of Human Resources at Baylor Health Care System, a not-for-profit hospital system of more than 15,000 employees based in Dallas, Texas.

In 2004, McCellon-Allen returned to AEP as senior vice president, Shared Services. She was named SWEPCO president and chief operating officer in 2006. She was promoted to executive vice president for AEP corporate in 2008 with oversight for AEP’s utility subsidiaries. During her tenure as executive vice president over AEP’s utility companies from 2008 to 2010, each of AEP’s seven operating companies reported to McCellon-Allen. In 2010, she returned as president of SWEPCO and has served in that role until her retirement. From 2010 through 2017, she also had responsibility for leading the executive team at AEP Texas.

Under McCellon-Allen’s leadership, the SWEPCO team more than doubled its invested capital on successful generation projects including the J. Lamar Stall Unit at Arsenal Hill and the John W. Turk Jr. Plant. She also was instrumental in gaining regulatory approvals for advanced environmental equipment installations to reduce emissions at the Flint Creek Power Plant and the Welsh Power Plant.

As an early representative of women on utility executive teams, McCellon-Allen served as both a formal and informal mentor for women. As a member of AEP’s Talent Board, McCellon-Allen mentored men and women wishing to expand their contributions to AEP.