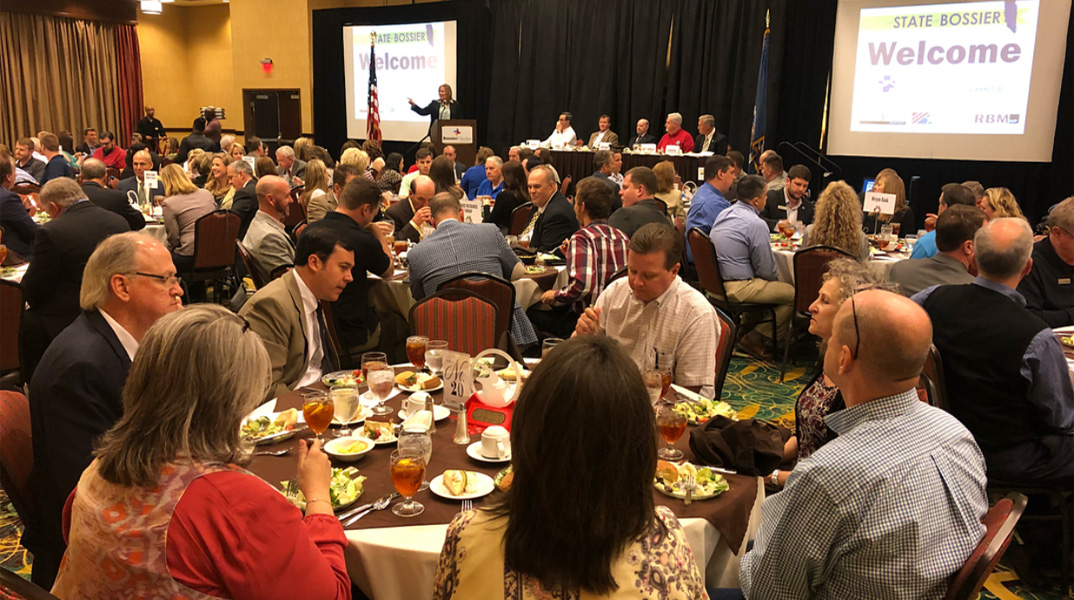 The Bossier Chamber of Commerce’s State of Bossier Address Thursday featured an update on the economy of Bossier.

The event, hosted at the Hilton Garden Inn in Bossier City, guest speaker Doug White, center for business and economic research at LSU Shreveport, shared stats that painted a picture for how the economy has performed recently.

White said the past few years have been “rough” but trends show there is cause for more optimism about the future. His stats showed that Bossier Parish itself had outperformed the Shreveport-Bossier metropolitan statical area (MSA) — which includes Caddo, Bossier, Webster, and De Soto Parishes — although the area’s trend persisted.

“Unemployment declines because you can have people quit looking for jobs and drop out of the labor force — that can mask an underlying problem that we’re not creating jobs. Or you can actually have people find jobs. I’m happy to report that we’re seeing that second case. We’re creating jobs and people are taking those jobs,” White said.

Bossier Chamber of Commerce President and CEO Lisa Johnson added, “We’re basically at full employment. If you own a business and are having trouble finding qualified workers, this might be why.”

“It’s another indicator that we tend to be doing something right in growing this economy,” White explained.

He noted that casino revenue has been down the past three years with a sharp decrease of 6 percent in 2016. The area made up ground in last year to only be down 1.4 percent.

Johnson said the gaming numbers are affected by competition in the market from land based gaming just across the north Texas border in Oklahoma.

“Right now there is legislation in Baton Rouge aimed at making the industry more competitive with Senate Bill 316 and SB320,” she said.

The event also featured all the parish’s mayors sharing their priorities, discussing their challenges, and forecasting the future.

“It has been a problem for several years and, unfortunately, is going to continue to be a problem. But a lot of parishes would die to have the problem we have.”

Bossier Parish Police Jury President Glenn Benton said infrastructure is their biggest challenge, noting that the parish has seen a population increase of nearly 29,000 since 2000.

“It’s good to have, but we have to have the infrastructure — we have to build roads, get them water and sewer,” said Benton. “People are moving out into rural areas and we have to get quality roads and recreational facilities.”