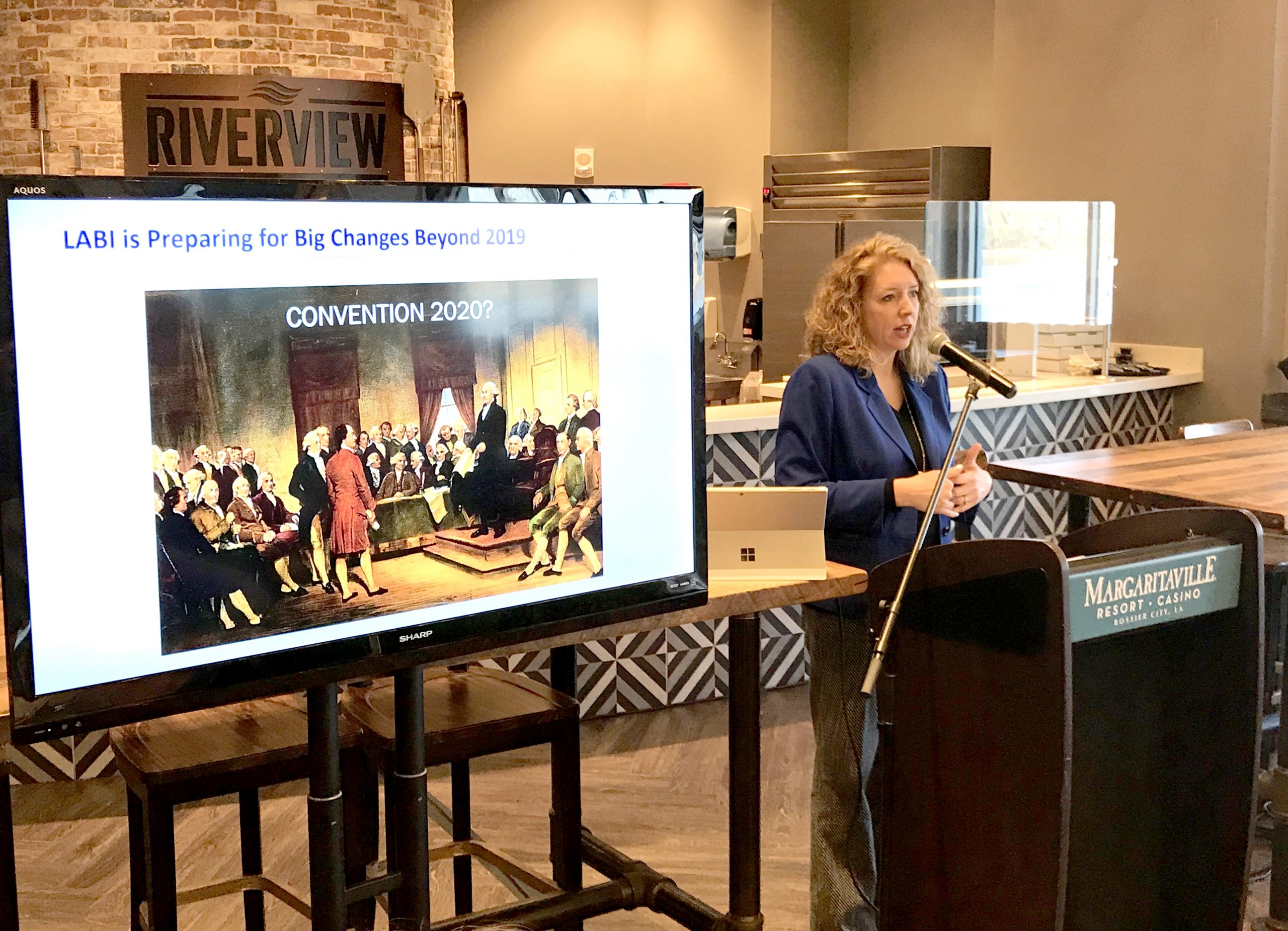 The business community received an update Thursday morning about where Louisiana stands as it begins its legislative session and prepares for another potential budget battle.

Guest speaker Camille Conaway, senior vice president for the Louisiana Association of Business and Industry (LABI), painted a stark picture of goings on in Baton Rouge at the Bossier Chamber of Commerce’s Government Relations Seminar Series at Riverview Restaurant and Brewhouse inside Margaritaville.

“After repeated budget-year shortfalls, the legislature sought to raise revenue in 2016. And a lot of that fell on the backs of businesses,” Conaway said. “After the ‘not-so-special session,’ it’s ‘Ground Hog Day’ from two years ago. A lot of committees met, a lot of recommendations and we’re right back where we were.”

“I get it: The recommendations are hard. No one wants to say ‘We’re going to come in and raise these taxes and cut the budget this much.’”

She noted that the legislature’s approach to fiscal reform has been one-step — raising revenue.

She noted that a dysfunctional tax code, revenue changes (hurricane recovery bubble, Stelly Tax changes, 2008 national recession, and 2015 oil and gas recession), and a weak economy are the main culprits for lack of revenue.

She pointed out that workforce participation is lowest since 1977, saying, “People are going out of state. Lower unemployment rates are good, but they don’t tell the whole story.”

Conaway also said state revenue is the highest it’s ever been with the current 1-cent temporary sales tax. But Louisiana is one of highest spenders in the South. The Pew Research Center ranked Louisiana as top for growth in Medicaid spending and No. 12 in state debt and unfunded worker retirement.

“We have a lot of programs, we try to help a lot of people. But some of that spending is out of whack.”

However, Conaway explained that corporate tax exemptions are not the cause of the deficit.

“Business is paying its fair share. Forty-nine percent of state and local taxes comes from businesses.”

As the advocate for business in the state, LABI’s major issues they are watch in the regular session currently underway are the budget, legal environment, pension reform, and even the concept of a constitutional convention.

She also said they are pushing for deregulation, saying, “Louisiana is infamous for forcing licenses on professions that no other state mandates a license for. Trying to get the economy to grow, it’s a no brainer to remove some of those barriers.”

During a question and answer segment following the presentation, Bossier Parish Community College Chancellor Dr. Rick Bateman voiced his concerns about how not only how businesses are being squeezed, but higher education is as well.

LABI President Stephen Waguespack joined the discussion and responded that higher ed and business are locked together.

He pointed to the SGF Discretionary portion of the budget, saying, “This is what I call the government’s petty cash drawer. It’s what we fight over each year. And higher education, including your institution, shouldn’t be hanging out there with a bullseye on its back.”

He also noted that northwest Louisiana is unique in that it has to compete with surrounding states for new projects and investment.

“What’s unique about this region is that you compete with Texas and Arkansas for every dollar. When businesses are looking at your competition, (taxation on industry) is a blinking red light when it comes to investment.”
Waguespack said that what has to happen politically to effect change is down to new legislators coming in with a business mindset.

“In 2007, there was a reform movement in the state and we see another window in 2019. We need business owners to engage. You need to run or get someone you know to run. In 2019, the new right people have to run and, to me, those are the people who know what is happening.”