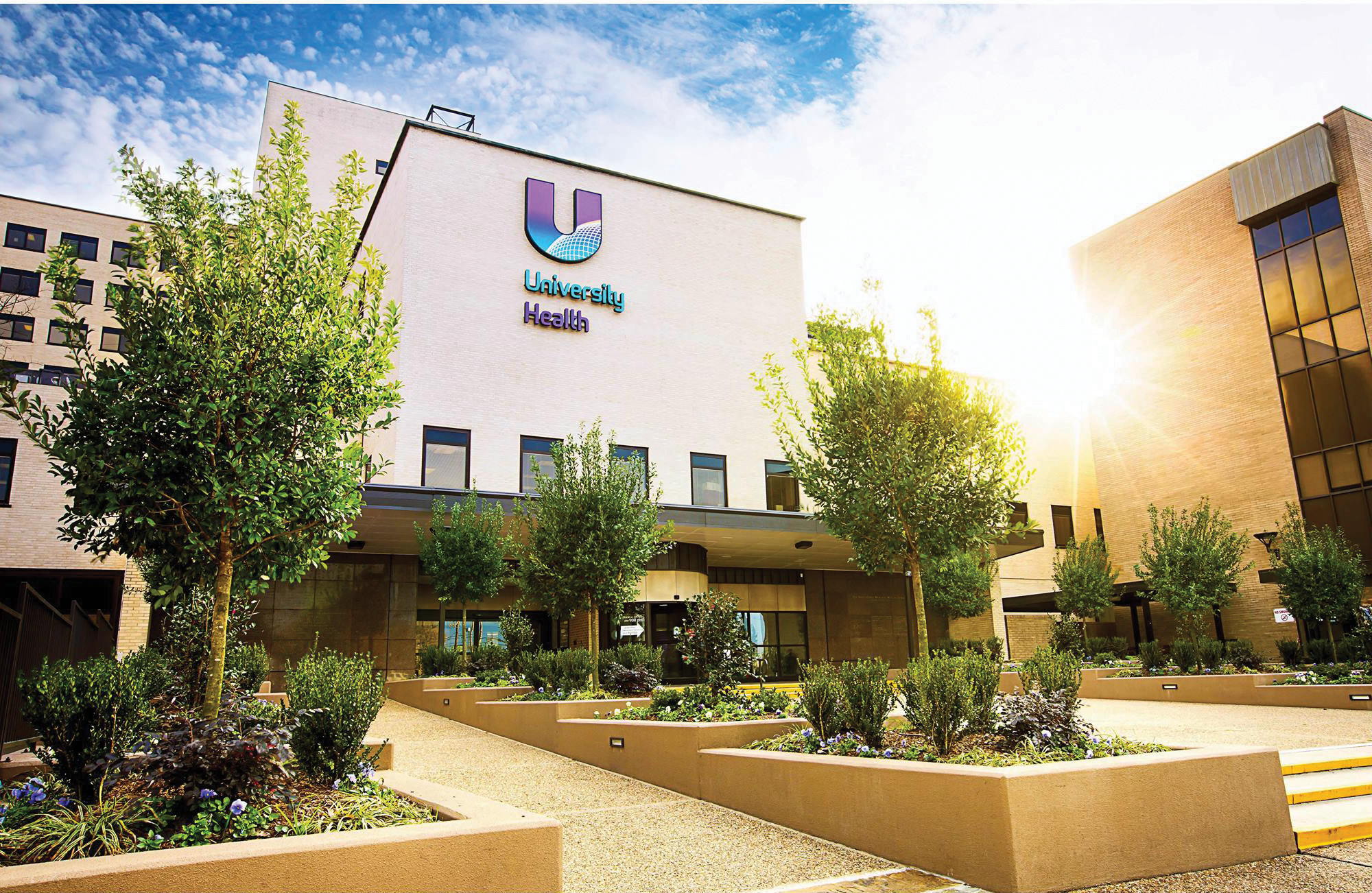 With every passing day, northwest Louisiana is more and more likely to add a new player to its healthcare industry with the planned takeover of University Health by Ochsner Health System.

Officials from LSU, Ochsner, LSU Health Sciences Center Shreveport and the Biomedical Research Foundation (BRF) signed letters of intent to create the new private-public partnership in December 2017. Under the agreement, Ochsner will manage both University Health hospitals and the clinical activity of LSU’s Faculty Group Practice. LSU will continue to oversee the LSUHSC-S School of Medicine, School of Allied Health and School of Graduate Studies.

Two months on, everything is looking promising, although discussions are continuing regarding the transition and no final agreements have been signed.

“There is a lot of excitement from community leaders and physicians in the Shreveport area. We’re very appreciative of that support and we’re very excited to be in Shreveport. This is a really positive situation where we’ll look back in five years’ time and say this is a definitive time period,” said Warner Thomas, chairman and CEO of Oschner Health System.

BRF has managed University Health for about five years. Under the new agreement, BRF will continue to have a role, albeit a smaller one, in operations.

“In 2013, at the request of LSU, and when no other private partners were willing to step forward, BRF took on the enormous challenge of transitioning the former public hospitals in Monroe and Shreveport, maintaining the hospital’s important safety net mission, saving over 3,200 jobs and keeping the hospital’s nearly $1 billion in economic impact intact,” said BRF via an emailed statement. “Aside from its hospital initiative, BRF has seven business units that are supporting its mission to diversify and grow our region’s economy. BRF will continue to advance its economic development mission through its business units if the Ochsner takeover of University Health takes place.”

BRF said it had been working to recruit Ochsner as a potential partner/owner for the last three years.

“We believe Ochsner has the potential to build on the significant improvements already attained by University Health during the past four years, and provide more choices for north Louisiana citizens to receive health care,” the BRF statement said.

“BRF was dealt a very difficult situation. They’ve done a great job standing up to take the hospital over and move it forward. Now it’s up to us to step in and build upon that,” Thomas added.

Ochsner is the largest private employer in Louisiana, owning, managing, or being affiliated with 30 hospitals across the state with more than 1,300 physicians and nearly 19,000 employees. Ochsner’s operating revenue totaled $2.81 billion in 2016, according to financial statements.

“Because of the need for healthcare leadership and the relationship with LSU Health, we’re very interested in exploring and building this partnership. BRF have done a great job in a difficult few years, and we’re ready to pick up the baton,” said Thomas.

Now Ochsner has an opportunity to further expand its geographic reach at an uncertain time for healthcare providers, especially in the realm of state hospitals.

A report by New Orleans City Business said healthcare industry analysts believe Ochsner stands to benefit by bringing in a new source of revenue at a time when not-for-profit hospital systems are being squeezed by rising costs for labor and prescription drugs and lower reimburse rates from government payers like Medicare and Medicaid.

In December, Moody’s Investors Service revised its 2018 outlook for the not-for-profit hospital and health care sector from stable to negative, citing a larger-than-expected decline in operating cash flow.

“It’s never a good time to make a change like this, but this is an opportunity to serve north Louisiana and build relationships and make a difference in the community there,” Thomas explained.

However, the state’s severe budget crisis adds concern. State hospital operators have absorbed cuts in recent years as state lawmakers navigated repeated revenue shortfalls. As of press time, the legislature is in a special session to solve a nearly $1 billion shortfall caused by expiring tax revenue. A proposed budget by Gov. John Bel Edwards would see deep cuts to healthcare.

“It’s something we’re concerned about and watching carefully, but we have a tremendous confidence in the legislature and governor’s administration to come to a solution that will reasonably fund the state moving forward,” said Thomas.

BRF and state officials fell out almost immediately with LSU claiming the BRF was incapable of operating the hospitals and BRF firing back that the state’s compensation for northern Louisiana’s safety net hospitals is significantly lower than it is in New Orleans.

LSU and the state have also filed breach of contract notices against BRF. While BRF also claimed that LSU and Willis-Knighton Health System conspired to pull commercial pay patients to Willis-Knighton clinics operated by LSU doctors. BRF has an ongoing antitrust lawsuit against Willis-Knighton.

The cloud of negative press circling University Health is something that Thomas is confident his organization’s expertise will bring stability to and negate altogether.

“Many times, what gets printed is bad news. A lot of good things have happened there and a lot of great care was provided every day. Hopefully we’ll be able to solidify and bring more stability there so we can focus on education and research and clinical care.”

BRF’s statement said it was confident that Ochsner could continue the improvements they began. These include:

• Reduced radiation therapy scheduling from 9 months to less than 10 days.

• Decreased wait time for MRI appointments from more than 60 days to 2 days.

• Decreased wait time for CT appointments from 21 days to 1 day.

• Generated over $900 million in new revenue for the State from matching federal dollars that was not available before privatization, including $1B in new sales, $400M boost in household earnings, an average of 2,818 jobs per year, and $18M in local government treasuries from tax collections.

Thomas said all parties involved held a positive view of the proposed partnership, and that played into Ochsner’s interest to be involved.

“The leadership of LSU Health Shreveport is pleased with the progress being made towards the goal of a mutually beneficial cooperative endeavor agreement with Ochsner Health System.  Both organizations are committed to creating a partnership that will ensure access to quality care for the community, strengthen the health sciences center’s educational mission and support research,” said Dr. Ghali MD DDS FACS FRCS (Ed).

Looking ahead to completion of the deal, Thomas said there would “more than likely” be a branding change for University Health in the “near future.” He said Ochsner is going through a complete assessment of technology and is looking at upgrading the physical plant.

“This is something that will not happen overnight. It will take time,” Thomas warned. “We’re currently going through a strategic assessment with all parties. Once we have a definitive agreement, everyone will understand what we want to accomplish.”

Bossier Chamber to honor business, business person of the year at...