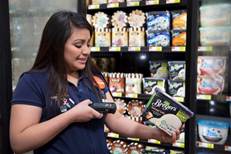 On March 8, Walmart associates in Shreveport and the rest of Louisiana will receive a bonus in their paycheck.

Associates will either receive a one-time bonus up to $1,000 or a Q4 Bonus based on their store’s sales performance.

Walmart said via a press release that the combined total dollar amount of these items is $13.7 million paid to associates in Louisiana.

“Our associates’ commitment to our customers and to the community is why the company continues to grow,” said James Winchester, Walmart regional general manager. “Today we celebrate our associates and all the ways they go above and beyond to serve our customers.”

For the full fiscal year, U.S. associates shared more than $625 million in performance-based bonuses, including more than $27.3 million shared by Louisiana associates.

In January, Walmart announced plans to increase the starting wage for all hourly associates in the U.S. to at least $11, expand maternity and parental leave benefits, and provide a one-time cash bonus for eligible associates of up to $1,000. A new adoption assistance benefit of $5,000 per child – announced in conjunction with the other changes – went into effect Feb. 1.

In Louisiana, the company operates 139 retail units and spent $521 million with local suppliers, supporting 25,000 supplier jobs in 2017. It also paid more than $97 million in taxes and collected more than $579 million in sales taxes last year.