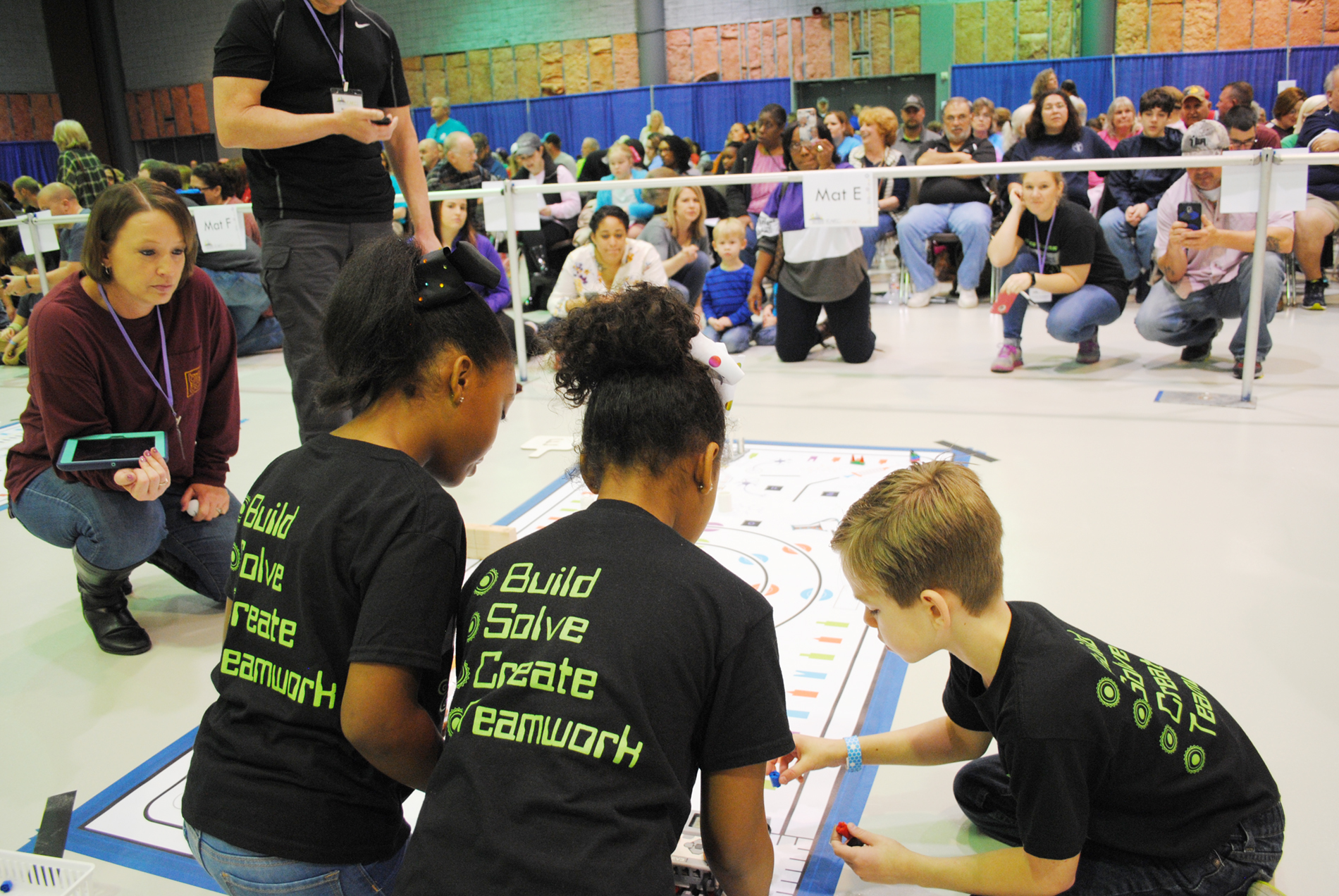 Approximately 200 elementary, middle, and high school teams participated in a STEM robotics competition this past weekend in Bossier City.

“Students and teachers alike seem excited about this year’s theme, Small Wonders, Big Possibilities. It allows students to explore fields like chemistry, genetics, and neuroscience in addition to learning to program their robots to autonomously accomplish theme-related tasks on the competition mat. We were thrilled that Louisiana Tech University was able to offer an interactive presentation to the teams to provide a connection between these subject matters and skills and future academic and career pathways,” commented Kevin Nolten, director of academic outreach for the Cyber Innovation Center.

A team of faculty and students from the Biomedical Engineering department and the Neuronal Networks in Epilepsy and Memory (NeuroNEM) team of Louisiana Tech University presented evidence of brain waves and how they can be used in brain-machine interface (BMI) applications. The presentation included hands-on experiments with two machines that can record and analyze brain’s electrical activity. Brain waves were “read” through sensors on the head and then transmitted to a fan that controlled levitation of a ball. The strength of the brain waves translated to the more power to the fan and resulted in the ball floating higher.

“I applaud all of the teams, and I applaud the teachers and parents who supported the students as they prepared and participated in this valuable learning experience. I also applaud our community for coming 2

together for this event that benefits hundreds of students. I saw volunteers from the K-12 school systems, colleges and universities, Barksdale Air Force Base, and other local businesses and community organizations serving in every role today,” said Bossier City Mayor Lorenz Walker.